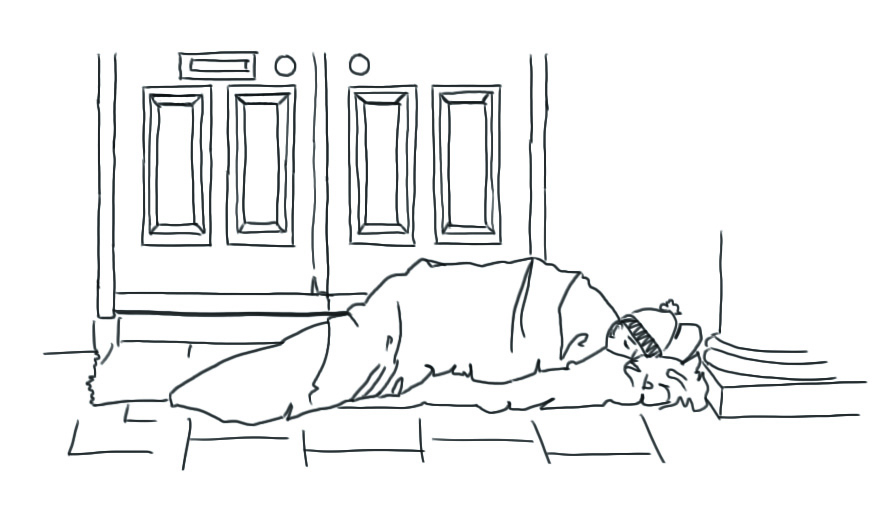 Speaking last week at the Accueil Bonneau homeless shelter, Montreal mayor Denis Coderre boasted the census of homeless people in Montreal that was completed last March as the first step in his 2014-17 action plan addressing homelessness. He also noted that the city has set a goal of helping 2,000 people transition out of homelessness within five years. While data collection is a step toward addressing the issue, the Coderre administration is not on track to meet the goals of its ambitious plan regarding homelessness, and has so far failed to address the demands made by people who are homeless and their advocates.

The Coderre administration’s homelessness plan promises to regularly consult the homeless community, as well as support the creation of 1,000 housing units for homeless people and lobby the provincial and federal governments to that effect. However, two years into the execution of the plan, the promised liaison between the administration and community has not yet been hired, and the administration has failed in its commitment to social housing. The provincial budget allocated to AccèsLogis – a program that funds affordable social and community housing projects – has been cut in half. Meanwhile, the federal subsidies for social housing are projected to end over the next few years, affecting 20,500 homes in the Montreal region by raising rent by up to $400 per month for low-income tenants. The Coderre administration has merely stood by, showing nothing but complacency in the face of these provincial and federal cuts.

In order to create a sustainable solution to homelessness, affordable housing is necessary. Medicine Hat, Alberta, eradicated homelessness in only six years thanks to its “housing first” model, in which the city provides permanent housing to homeless people along with support services, which is still less expensive when compared to the municipal costs associated with a person living on the street. While it would require greater logistical coordination in Montreal, a much larger city, the approach should remain the same. As such, permanent funding for social housing projects and for community organizations that provide and support them is necessary to effectively address homelessness in the long term. The Coderre administration must defend this funding vis-a-vis the provincial and federal governments and secure locations for additional such projects, as called for by the housing group Front d’action populaire en réaménagement urbain (FRAPRU).

While Coderre’s census may be a good start, he must follow through with the rest of his plan before Montreal can hope to address homelessness in a sustainable manner. Coderre lacks both direct contact with the affected communities and a principled, clear stance in support of social and community housing. In the two years left to go in the plan, he must make the execution of his plan a priority, listen to advocacy groups and those directly affected, and voice strong opposition to the provincial and federal cuts to social housing. People who are homeless are owed committed action from the government, and Coderre’s idleness is leaving them on their own.