By-election of the decade to determine listserv quality 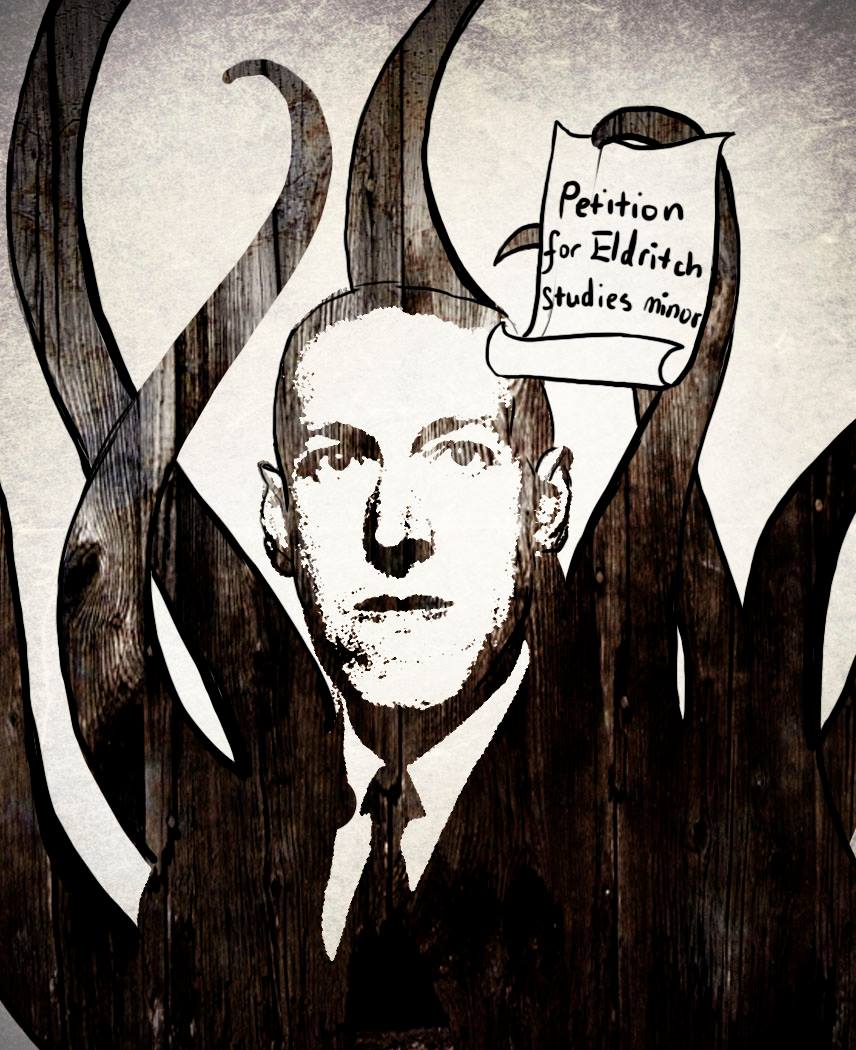 As you may have heard, the Students’ Headquarters of McGall University (SHMU) is set to have by-elections to choose a new VP Partyperson to replace the recently disappeared Lolzy Gerard Lee. The portfolio of the VP Partyperson is the most important out of all the executive portfolios. The position’s responsibilities include drafting a long email message that is (purportedly) sent out weekly, organizing out-of-this-world parties every Thursday, knowing the names of every single student on campus, speaking at least eleven different languages and promoting them equally, and some minor micromanagement.

This year, there are three candidates running for the position, but The Weekly has decided to interview only one, as we believe he is the only one capable of delivering SHMU from its many problems. This person, of course, is no other than U3 Interdimensional Development and Eldritch Studies student Howard P. Lovecraft, who has also been recently elected president of McGall Students for the Furthering of Eldritch Studies (SFES).

Howard Lovecraft (HL): The oldest and strongest emotion of humankind is fear. And the oldest and strongest kind of fear is fear of the unknown. When many of my colleagues look at this entity which we call our Headquarters, they are filled with a vicious fear. After all, against such a cyclopean and abnormal entity, how can one hope to survive? To succeed? No, this decadent and hideous thing must be reformed, if not destroyed.

MW: That is all very exciting; but what exactly are you planning on changing if you are elected VP Partyperson? Will we be seeing more parties? You don’t seem like a fun guy.

MW: You still sound very boring to me.

HL: I could tell you a joke if you’d like. What’s worse than finding a worm in your apple?

MW: Finding half a worm in your apple?

HL: No. What’s worse than finding a worm in your apple is remembering that we live on a placid island of ignorance in the midst of black seas of infinity, and that some day, the piecing together of dissociated knowledge will open up such terrifying vistas of reality and of our frightful position therein that we shall flee from the deadly light into the peace and safety of a new dark age.

MW: So what do you think of your opponents in the race?

HL: What can I say? I never ask a person what their business is, for it never interests me. What I ask them about are their thoughts and dreams. I have talked to both Lexus [Centrikov] and Spacelordia [Pagnilollio]. We trekked up the mountain last week. I do not know what it was that we expected to find – but it was my idea. At the top, we found ourselves in a deep, damp hollow, overgrown with rank grass, moss, and curious creeping weeds, and filled with a vague stench which my idle fancy associated absurdly with rotting stone.

MW: What does this have to do with the VP Partyperson elections?

HL: On every hand were the signs of neglect and decrepitude, and I seemed haunted by the notion that we were the first living creatures to invade a lethal silence of centuries.

MW: Howard seriously, what the hell?

HL: Over the valley’s rim a wan, waning crescent moon peered through the noisome vapors –

MW: Okay, no. Howard, you’re reading from one of your short stories again.

HL: Alright, very well. I believe that my opponents are very formidable indeed. Lexus ran for president last year and led a most respectable fight against Abraham [Kream, King of SHMU, Lord of the Twelve Faculties, Protector of Social Justice, Lord Paramount of Arts, Eternal Sovereign of la Nouvelle Résidence, the Advisor on Matters of Social Responsibility, Interim Carer of the SHMU Babies, Conqueror of Climate Change, and the Great Restructurer]. Spacelordia’s is a name I have not heard before, but her credentials lend her credibility. I believe that either of those candidates would be an adequate choice for the position.

MW: And what about you? Do you think you have what it takes?

HL: I am disillusioned enough to know that no individual’s opinion on any subject is worth a damn unless backed up with enough genuine information to make them really know what they’re talking about. So, if you wish to know what I think, then ask not what I think of myself. Look at my work, at my platform – all the answers will be there.

MW: But what is your platform?

HL: Heaven knows where I’ll end up – but it’s a safe bet that I’ll never be at the top of anything! Nor do I particularly care to be. I fear my enthusiasm wanes when real work is demanded of me.

MW: Wait, so are you saying that you do not have what it takes?