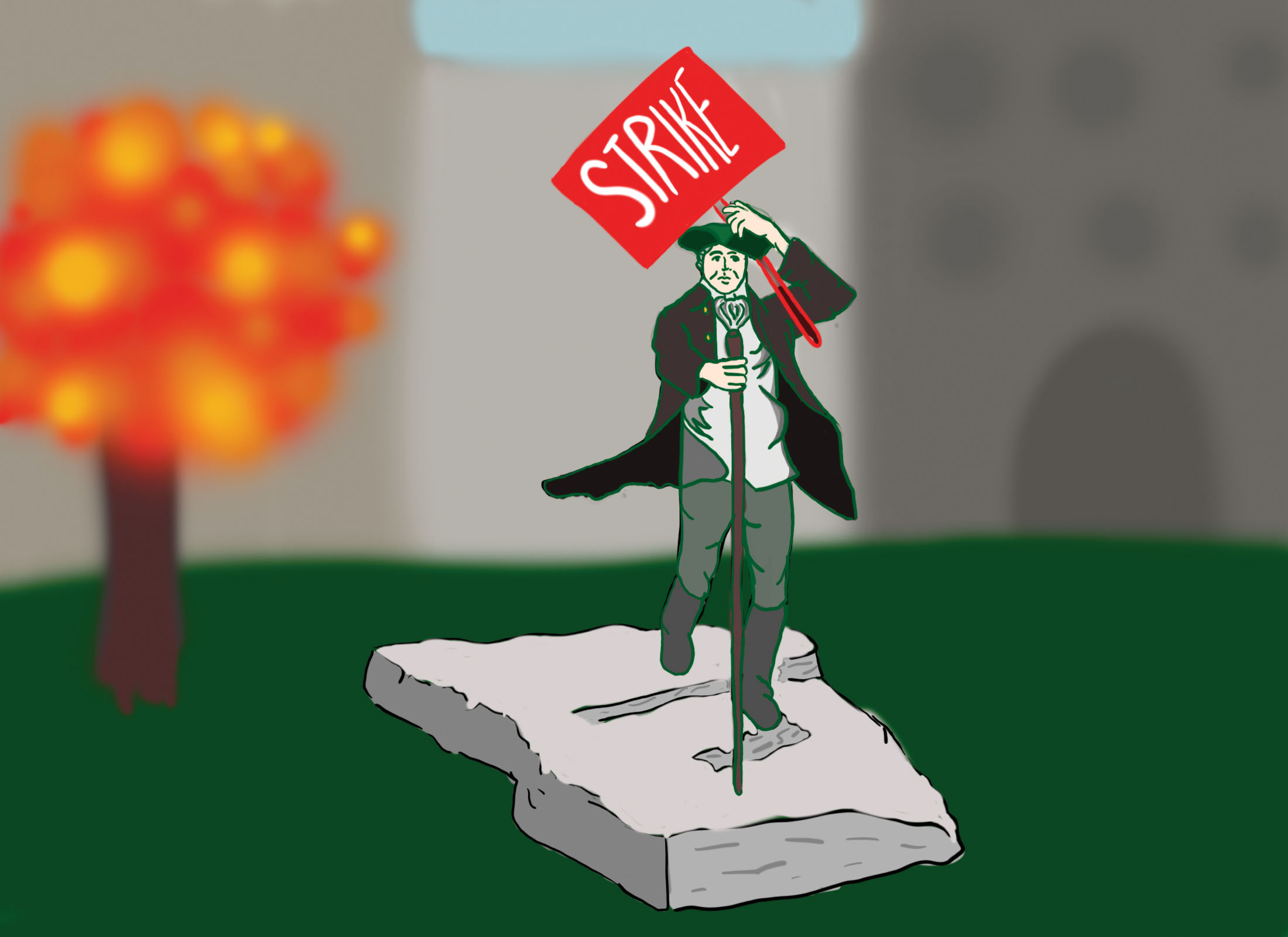 Amid their failing contract negotiations, 500,000 public sector employees took to the streets last week as part of a series of rotating strike days that began on October 26. These strikes are an escalation of the province-wide anti-austerity mobilization that began earlier this year. The Printemps 2015 movement saw over 30,000 students, including some from McGill, go on strike for two weeks to protest the major cuts to healthcare, education, and other public services implemented by Quebec’s Liberal government over the past year and a half. Now, as public sector employees are increasing the pressure on the government, it’s time for all McGill students to show their solidarity and stand against harmful austerity policies.

Public sector employees are coming together to protest provincial cuts that affect everyone in Quebec. For instance, public health spending was cut by 30 per cent in the most recent budget; this means that doctors will be forced to take on higher patient loads, and less time and resources can be allocated to preventative care. Education has also suffered: the Liberal government has cut funding to universities by $204 million since its election. In response to these cuts to its operating grant, McGill has implemented a hiring freeze and renewed its push for further international tuition deregulation.

In order to protect public services – including our own education here at McGill – we must take to the streets. Showing solidarity with public sector workers is essential in order to attain the mass public support that makes strikes and social movements most effective. The 2012 Maple Spring protests were originally made up solely of students until they garnered wider public support. The mass movement that followed led to early elections, the fall of the Liberal government, and the partial rollback of proposed tuition hikes.

Over 30,000 students from universities such as Concordia and Université de Montréal have already voted to go on a one-day strike on November 5. McGill students must join that list – and in much greater numbers than during the spring. SSMU is already mobilizing students, but it can’t do so alone. Depending on what is accessible to you, there are many ways to show solidarity, from attending the mass anti-austerity demonstration on November 5 to organizing a strike general assembly in your departmental association. The Quebec government is waging a war on essential public services and the people it employs; it’s time to fight back.