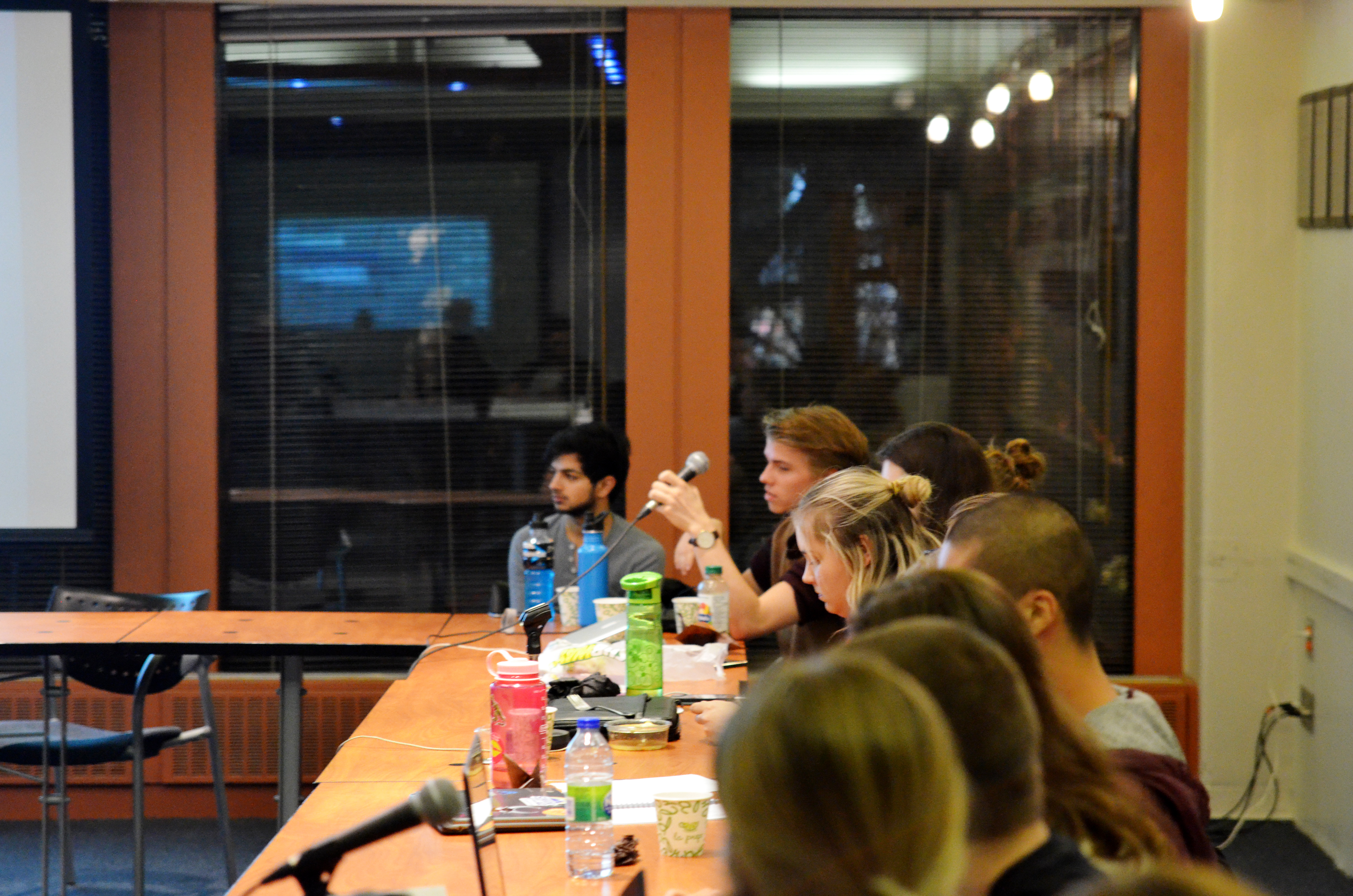 The Students’ Society of McGill University (SSMU) Legislative Council met on November 19 and passed a motion to institutionalize support for Indigenous communities. Council also discussed and passed a motion to form an ad-hoc electoral reform committee in light of this fall’s contentious referendum and by-election period, and to form another ad-hoc committee to explore improvements to the SSMU health and dental plan.

Motion in support of Indigenous communities

Council discussed a motion regarding the institutionalization of support for Indigenous communities. Similar to a motion passed by Council last year, this motion mandates SSMU to adopt a traditional territory acknowledgement. This year’s motion specified that the acknowledgement is to be “stated at all major SSMU events and addresses made by Executives, including but not limited to SSMU Awards, town halls, Discover McGill, and General Assemblies.”

In an effort to improve support and visibility for Indigenous communities, the motion also allows for Indigenous students and groups who organize events to have access to free room bookings through the VP University Affairs, meaning these groups could bypass the restrictions on advance bookings that other student groups are subject to.

VP Clubs & Services Kimber Bialik, although in favour of the motion, expressed concern about the feasibility of promising room booking space in the SSMU building when there already isn’t enough bookable space for SSMU clubs and student groups. “In my opinion, it’s a bit of an issue that we keep spreading ourselves more and more thin,” she said.

However, President Kareem Ibrahim noted that similar privileges given to groups that hold events related to mental health have had a negligible impact on the operations of the building, and that the effect of privileges for Indigenous groups would likely be similar.

The motion was passed with three abstentions.

Council unanimously passed a motion to establish an ad-hoc committee on electoral reform in response to “the unprecedented degree of personal attacks during campaigning” and the “conduct of candidates and voters” throughout the Fall 2015 referendum and by-election period, during which one candidate resigned, citing threats to herself and her family.

Arts Representative Adam Templer, one of the movers, said that the motion is also meant to address the aftermath of similarly controversial SSMU elections in the last few years, and make elections “more functional and sustainable” in general.

“I don’t think I’m alone when I say they’ve really been a mess lately,” Templer said.
The committee’s investigation into alternative electoral formats will include a review of internal regulations of the Presidential Portfolio – rewritten two years ago – as they pertain to SSMU elections.

“I don’t think I’m alone when I say [the elections have] really been a mess lately.”

Arts Senator Erin Sobat expressed skepticism, stating, “I’m very much in favour of this motion, I just want to point out that there were some similar issues around elections before those internal regulations were rewritten two summers ago,” Sobat said.

However, Bialik pointed out that the rewritten regulations included no guidelines for online campaigning, one of the major sources of contention in recent SSMU elections. “These are things that are entirely missing from our regulations right now,” she said.

The committee will include an equal number of SSMU councillors and members at large; meetings will be open to a gallery to allow for more student involvement in the process.

Council also unanimously passed a motion from the floor to establish an ad-hoc health and dental committee to look into ways that SSMU health insurance coverage could be improved.

According to Templer, one of the movers and co-chair of the new committee, the committee would look into addressing issues such as a lack of legal coverage and of off-campus mental health coverage, and the fact that only 80 per cent of birth control costs are covered by the current SSMU plan.

“This committee would look at utility of [changes to the plan], how much it would cost, and whether students would think it’s beneficial,” said Templer.