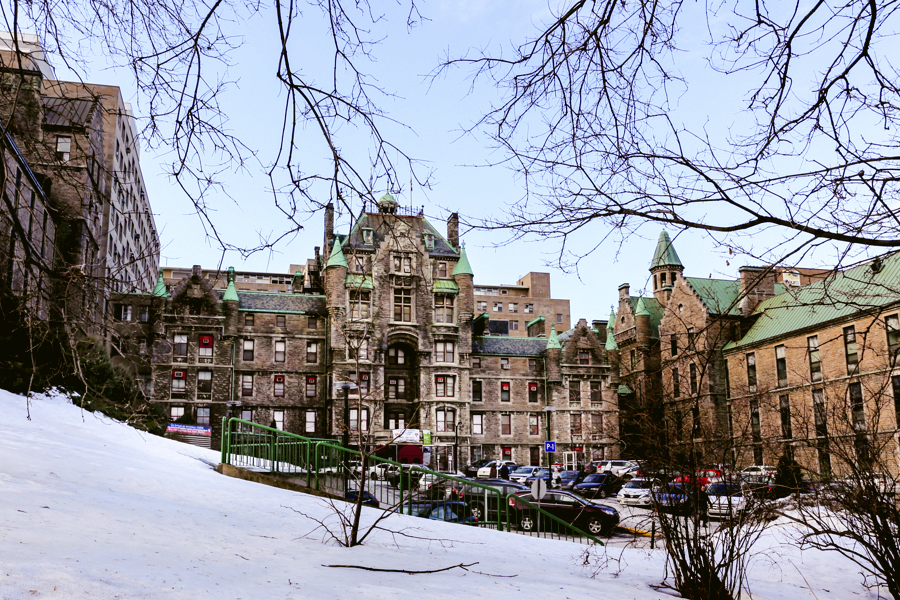 Infinitheatre’s recent production, Progress!, is an ingenuitive play set inside the iconic Royal Victoria Hospital perched on Mount Royal, now closing after 122 years of service. For a play titled Progress!, the show, which ran from October 20 to November 1, fell rather short of true artistic progress. And that’s a shame, because the premise of the play really is original. The audience is invited right into the treatment room of Sarah Lawson, the hospital’s fictional last patient. As she’s treated for attempted suicide, she’s greeted by the ghosts of the first two patients to die in the hospital. They convince Sarah that life is worth living through a vaudevillian re-enactment of her childhood, career, and marriage.

K.C. Coombs alternates between snarky and sympathetic in the role of Sarah. Ghosts #1 (Peter Farbridge) and #2 (Daniel Brochu) try their best, as do supporting actors Jennifer Morehouse and Howard Rosenstein. But they’re all held back by the disappointing script.

Montreal playwright Alyson Grant’s idea of tragicomedy is to flicker between comedy and tragedy as fast as she can, hoping the audience will squint and the whole thing will blur together. Unfunny jokes follow ponderous philosophy in an attempt at irony. Death, God, heritage, suicide, progress, love, family — it’s all there: but Grant touches on each theme too quickly, without exploring any in depth. Progress! could be an emotionally powerful story, but the emotions are lost in the confusion.

The audience is invited right into the treatment room of Sarah Lawson, the hospital’s fictional last patient.

There are as many metaphors thrown into the play as there are big ideas. First, there’s the suffering elephant that Sarah sees at a circus in Pointe-Claire, which motivates her to commit suicide. But what to make of the glowing book, in which God has written down the names of everyone who has died and who will die in the hospital? Or of the waltz danced by Sarah’s suicidal mother, holding a noose around her neck? If that’s not enough, what of the presence of a literal smoking gun, which Ghost #2 confuses as simply a metaphor, before a real smoking gun appears on stage? Although seemingly created in an attempt to add depth to the play, the plethora of symbols only succeed in baffling the audience into imagining depth that isn’t there.

As for the comedy, it borders on boring, sometimes cringeworthy. For example, Ghost #1, an older gentleman, has to keep leaving scenes to pee. This is abused as a plot device to leave Ghost #2 alone with Sarah, but first the audience has to watch Ghost #1 stagger around the stage while clutching his crotch. 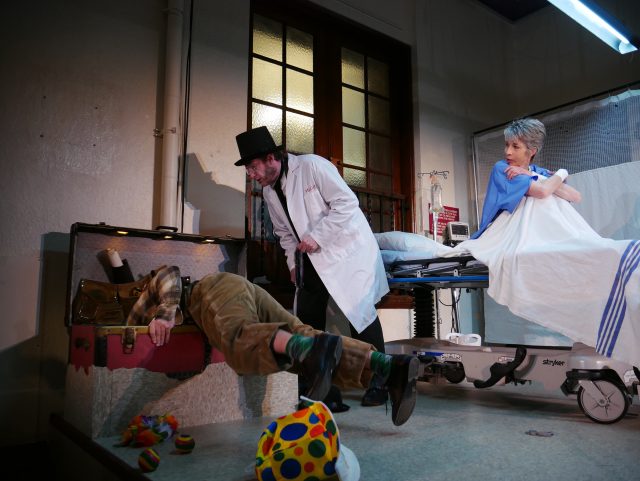 Then there’s the relationship between the ghosts, the classic alpha-beta relationship seen in almost any plot-driven narrative needing some trusty sidekick-style comic relief. The script sinks to its lowest point here, relying on cliches and groan-worthy jokes. For example, Ghost #2 exclaims, “I thought I’d dotted my t’s and crossed my i’s!” and there’s a pause, and you just know that Ghost #1 is going to say sternly, “Didn’t you mean crossed your t’s and dotted your i’s?” Then he says exactly that. Cue yawn.

Although seemingly created in an attempt to add depth to the play, the plethora of symbols only succeed in baffling the audience into imagining depth that isn’t there.

The production isn’t all bad, though. The sound effects by sound designer Nikita U are crisply realistic. The actors occasionally break the fourth wall to interact with the audience, which is fun, especially in the small, intimate room.

But ultimately the play is about the Royal Victoria Hospital. The references to the hospital’s legacy highlight the play’s purpose and strengthens a semi-historical representation that says “an homage and gentle goodbye” to the building. Many of the cast and crew members have personal connections to the Royal Vic, and seeing this play is a last chance for Montrealers to say goodbye to this icon of local history.

If Progress! could just focus itself to depict the hospital poignantly over the years, it would be enjoyable. Nonetheless, it is a labour of love: imperfect, but ever so earnest.