Mohawk Girls: Sex and the City, but better 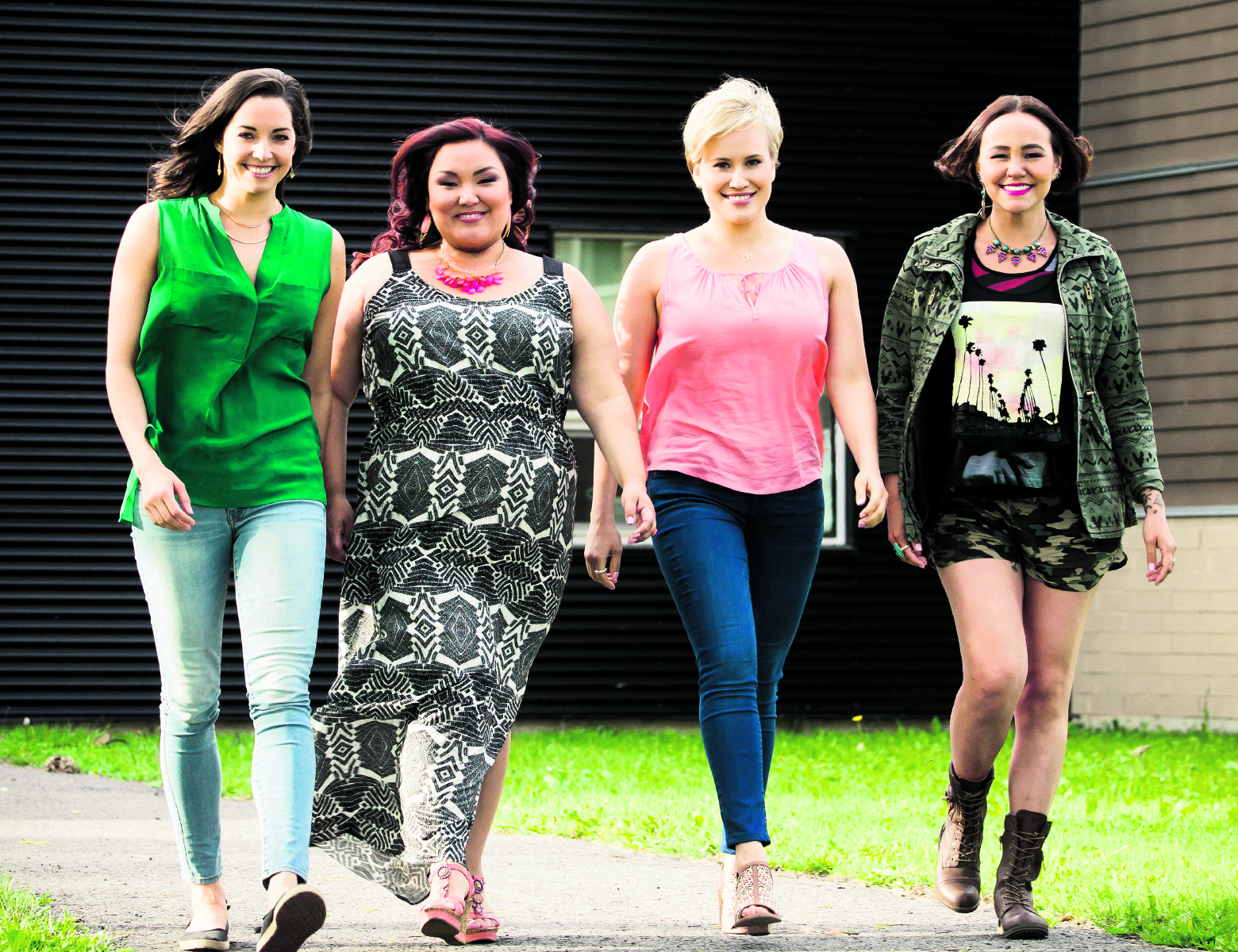 Tracey Deer and Cynthia Knight’s new television show Mohawk Girls is frequently portrayed in the media as Sex and the City with one twist: it’s set in Kahnawake. While it’s easy to see how this sound bite friendly comparison arises – the main characters are four strong women, each with a slick sense of style, experiencing dating triumphs and disasters – Mohawk Girls knocks Sex and the City out of the park (and Girls too, for that matter, if we’re going to summarily compare it to every single show about four white women), in both style and substance. Mohawk Girls tackles racism, identity, and issues of social justice head-on, is sex-positive, and also happens to be hilarious.

The McGill Daily (MD): The season two finale ended on a big cliffhanger for Bailey, Zoe, Caitlin, and Anna. Can you give any hints about what viewers can expect in season three?

Cynthia Knight (CK): Let me see how I can put this without giving anything away. In season three, we’ve definitely put them all in new situations. Obviously, in the first episode we’ll reveal what happens after the cliffhangers. It propels the girls into new directions, but they still have the same storylines. Caitlin’s still looking for love, when really she should be giving it to herself; Anna [is still] the fish out of water.

We tried to push it a lot more this season. We put them in more traditional situations that they don’t really know about. This season, Anna’s going to go to the longhouse, and she’ll discover what that’s all about. The girls in one episode go to a survivalist camp, because Anna’s trying to get them all back in touch with their roots, but of course they’re modern-day Mohawk women, like, imagine you and me at a survivalist camp. So we tried to keep them on the same journey, or path, but have a lot of fun with them this season. We have bigger cliffhangers at the end of the third season.

MD: Mohawk Girls has covered some pretty controversial topics already, like blood quantum [the calculation of Indian Status as determined by the Indian Act], and the community’s “marry out, get out” policy [the law in which Mohawk residents that marry non-Indigenous partners are no longer allowed to live in Kahnawake], especially in Anna and Bailey’s storylines. The show hopes to convey or discuss those policies through showing each of the character’s experiences.

CK: For both Tracey [Deer] and myself, what we’ve always wanted to do is create a show that was fun and entertaining, but beyond that, dispelled stereotypes. I feel like we see Native people and certainly Mohawks depicted in a historical context, or in difficult contexts today. We see violence or corruption on the rez, or alcoholism. In every community there are difficulties and incredible parts, and we really wanted to show these people as a three-dimensional group. We wanted to celebrate the very distinct nature of [Mohawk] culture but also show how universal it is, and how universal these girls’ issues are.

Every young woman can relate to this show, hopefully, and certainly every young woman from a minority background. I mean, I’m Jewish, and my whole life was about, ‘do I continue and stay in the faith because my family wants me to? Do I marry a Jewish guy because of all the sacrifices my ancestors made? If I don’t keep it up my people will disappear.’ These are exactly the questions that these ladies have to ask themselves in the show, so we really wanted to show the kind of universality of this group of people, and make a show that would appeal to Native people, to entertain them, [to see] their own culture on screen, and [to break] down some barriers for non-Native people to get a glimpse of this world and [recognize] they’re not so different.

It’s important for us to address racism – we never want anything to be preachy; we do a lot [of discussion] about racism, we continue that in season three, and we’re going to push it even more in season four.

MD: One of the most visually compelling moments I found in the show is when Anna is working on a group project at McGill, and after revealing that she’s Mohawk, she’s subject to a racist response from a group member, and it cuts to a shot of her having a bunch of different stereotypical labels slapped on her.

CK: I think there’s a scene where a white guy says, “Oh, your people should get over it, Black people have.” Sometimes, we’ve had people ask us if we’re exaggerating for television’s sake, but so many of these comments are based on real life, and that line was taken straight out of a date that my co-creator [Deer] experienced. I mean, it’s just so [ridiculous], people thinking that racism doesn’t exist anymore.

There’s so many levels of racism and it’s still very prevalent. A lot of it comes from ignorance. We have these stereotypes based on what we’ve seen in the media and what we [have] learned, and hopefully [Mohawk Girls] dispels some of that and really humanizes this group of people.

There’s a scene where a white guy says, “Oh, your people should get over it, Black people have.” Sometimes, we’ve had people ask us if we’re exaggerating for television’s sake, but so many of these comments are based on real life, and that line was taken straight out of a date that my co-creator [Deer] experienced.

CK: We’re very lucky to have a network that lets us push boundaries and put stuff on network television that we might not be able to see on certain other channels. [Zoe’s character] is a certain personality type that exists in the world and certainly a personality that exists in a community where there’s so much pressure to be the right kind of person and to represent your people properly. We looked at what happens when a real type-A person is leading a life not for herself, but a life of “should’s”: what should she do? What should she be? She decided to be a lawyer and work in the band council because that’s what she should do for her community.

The thing is, when your whole life is about duty, obligation, and responsibility, you need an outlet. You need some realm of your life where you can just let loose and have fun. She’s so constantly in control all the time that she ended up finding this way to let loose and be dominated instead of being the dominant person she constantly is in her life. We wanted to show this world in a non-judgmental way – some of it is positive and some of it is negative, like anything. So Zoe, in season three, is actually going to become kind of addicted to it and that’s going to put her ‘normal’ life in jeopardy. Not because the thing in and of itself is bad, but because she’s using it as an escape and as a need to fuel the rest of her life.

MD: Heather White, as Caitlin, gives beautiful, vulnerable performances. Her character is so hopeful, and so fierce when it comes to sticking up for her friends, but she just gets her heart broken when it comes to her dad or Butterhead. It’s heart-wrenching, but it makes you feel for her character so much.

CK: You try to write stuff that resonates but you never know if it really translates. That’s exactly what we’re trying to do with [Mohawk Girls,] to show context. Let’s look at second class citizenry and residential schools and everything and give a little bit of context. You know, you asked me what our goals are with the show, and that would certainly be one of them, in a non-preachy way, to give context so that people can understand. We try to do that as much [as possible] with each character, as with the community, and the world as a whole.