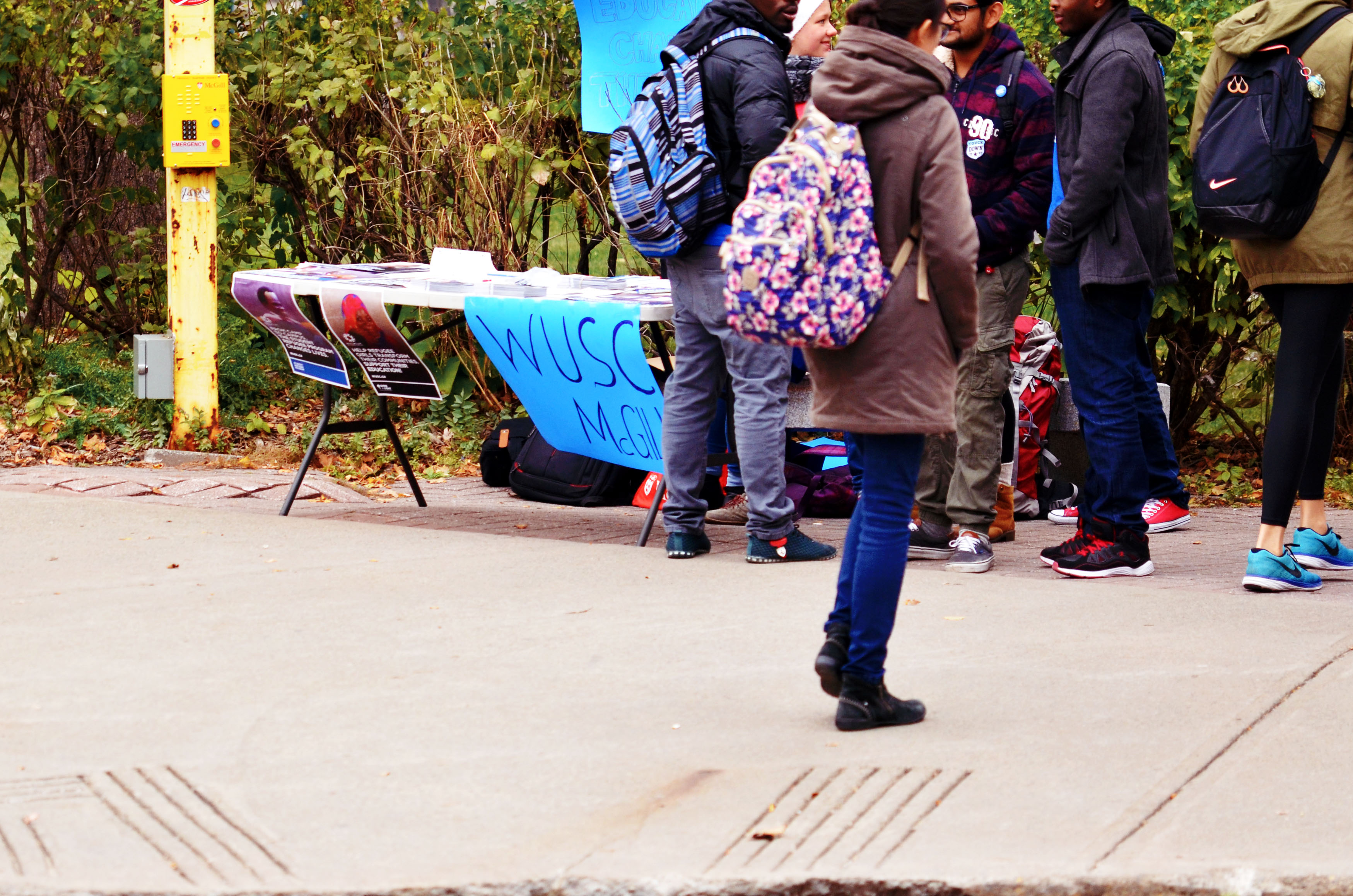 On October 23, World University Service of Canada (WUSC) McGill created a Facebook event called “Mock Refugee Camp on Campus at the Y Intersection.” The next day, two McGill students, Sumaya Ugas and Y. Abdulqadir, spearheaded a massive backlash against the concept of a “mock refugee camp,” leading WUSC McGill to change the event’s title to “WUSC McGill Info Station,” and eventually to change the format of the event.

Both Abdulqadir and Ugas are members of the McGill African Students Society (MASS), but acted independently of the organization. The two students along with Rachel Zellars, a PhD candidate in the Department of Integrated Studies in Education, created a campaign via a Facebook event entitled “No ‘Mock Refugee Camp’ at McGill,” and Abdulqadir and Ugas wrote an open letter speaking against the idea of a mock refugee camp, which was signed by 277 people, as of press time.

According to WUSC McGill’s Facebook event page, their event was “designed to give an idea of what life is like in a refugee camp as a contrast to our life here in Canada,” with a focus on the Student Refugee Program (SRP), an initative that provides education opportunities for student refugees.

Ugas and Abdulqadir’s open letter elaborated on their concerns about the event and ultimately called on WUSC McGill to use different awareness-raising tactics.

“We do not condone any event that exoticizes or reduces the complicated, nuanced lived experiences of people who are refugees around the world.”

“Despite the seemingly noble intentions of WUSC McGill, we find the inaccurate reproduction of often incredibly violent and gendered spaces founded upon colonial and imperial histories to be a cheap falsification of a complex lived experience,” the letter stated.

The letter further explained the writers’ anger and concern regarding WUSC McGill’s decision to later change the name of the event, which they saw as an offensive attempt to placate them.

Many people commenting on the Facebook event brought up the fact that the executive team of WUSC McGill consists of several students supported by the SRP. Nevertheless, Abdulqadir and Ugas wrote they “hold that the opinions and lived experiences of these individuals should not serve as the basis and/or justification for a campus-wide awareness event that relies on a mock refugee camp.”

Zellars told The Daily that she supports the analysis presented in the letter. Zellars said, “A refugee camp cannot be reproduced in any realistic or meaningful way, except to benefit privileged spectators at the voyeuristic expense of those who have been harmed by these spaces.”

On October 24, MASS released a statement of solidarity, supporting Ugas and Abdulqadir’s activism and condemning the idea of a mock refugee camp. In the statement, MASS noted that “while we are also committed to increasing the visibility of refugee issues at McGill, we do not condone any event that exoticizes or reduces the complicated, nuanced lived experiences of people who are refugees around the world.”

In a response also released on October 24, WUSC McGill called on MASS “to kindly join hands with us to organize this event by helping us to avoid offensive components, if any.”

“A refugee camp cannot be reproduced in  any realistic or meaningful way, except to benefit privileged spectators at the voyeuristic expense of those who have been harmed by these spaces.”

On October 26, after meeting with Students’ Society of McGill University (SSMU) VP University Affairs Chloe Rourke and SSMU Equity Commissioner Marilyn Verghis, WUSC McGill agreed to changing the event to a table with printed information about the SRP.

In their final statement on October 27, WUSC McGill stated that “the event’s original description and title were poorly worded, and many well-meaning community members misinterpreted them as implying that we were attempting to romanticize or simulate what it means to be a refugee.” The organization stressed this was never their intent, reiterating that their goal was always to raise awareness for the SRP and its need for funds to continue helping refugee youth globally, in face of financial strains.

The event was held as scheduled on October 28.

At McGill, fundraising for the SRP is done through a non-opt-outable fee of 50 cents established in 1986 and collected from all undergraduate and graduate downtown campus students.
WUSC McGill told The Daily that the SRP “gives two students the chance to study at McGill and get an education that they otherwise wouldn’t have access to each year.”

“This fee, set up in 1986, was supposed to be indexed for inflation. It wasn’t. The cost of living has roughly doubled in the last 30 years, but our fee hasn’t, and we’re about to run out of reserve funds,” WUSC McGill stated. “Barely anyone at McGill had even heard of WUSC until this weekend. We wanted to change that.”