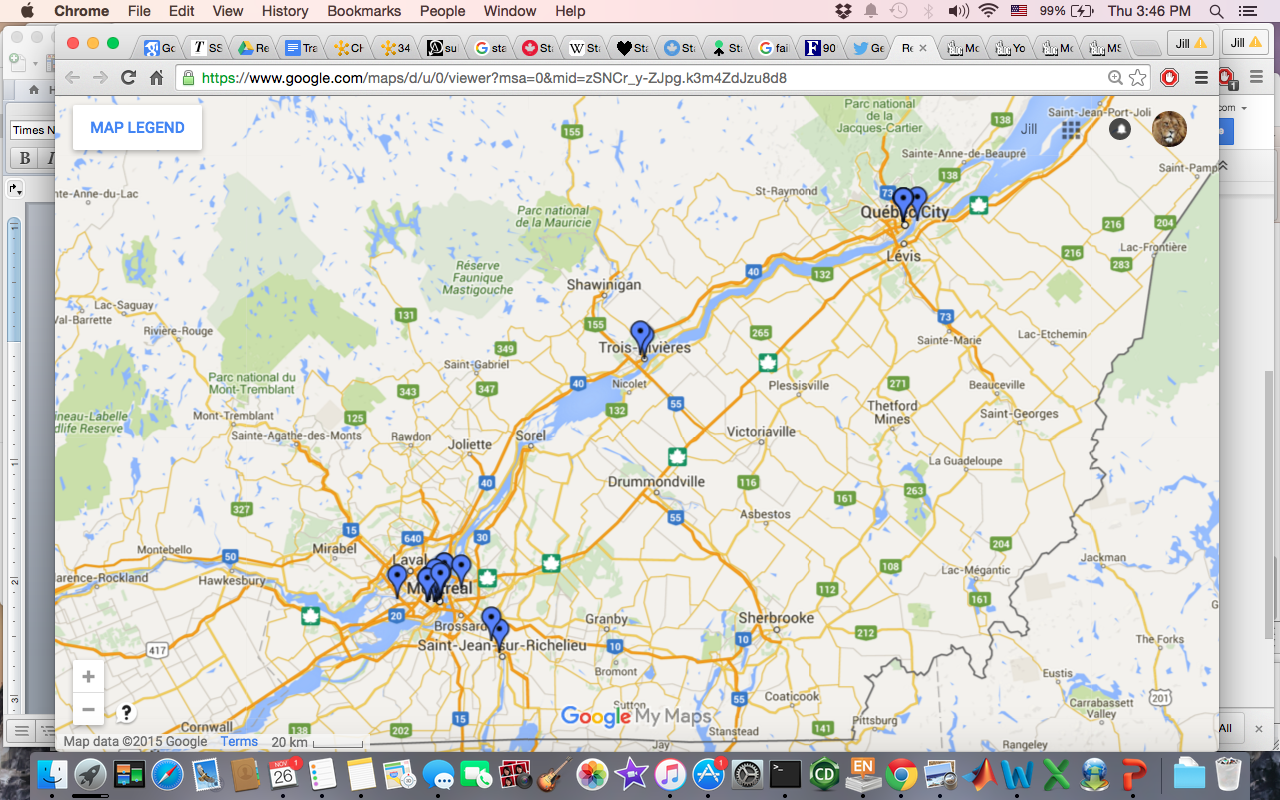 The Centre for Gender Advocacy (CGA) at Concordia is using Google Maps to compile locations where trans people have been denied various services. This simple technology has allowed the CGA to provide a valuable resource to trans people, helping them better avoid unsafe spaces.

Trans people who have been denied services can send in an email to the CGA with the location as well as their account of the experience. The CGA will then post this story and mark its location with a pin on the map. Some pins mark specifically where the incident took place, while other markers give only the general area.

“[There are] places that are not safe and people need to know about it,” Gabrielle Bouchard, Peer Support and Trans Advocacy Coordinator at the CGA, told The Daily.

Most of the incidents documented by the map occurred in Montreal, with the majority of these in Ville-Marie. Incidents have also been noted in Trois-Rivières, Quebec City, and Saint-Jean-sur-Richelieu each. Claims of denied services range from refusal to use a person’s name (as opposed to the one assigned at birth), refusals to allow names to be changed on work identification cards, and one refusal to perform a medical exam necessary for an operation.

“[The map] came from a need from the  [trans] community… There are places that are not safe and people need to know about it” – Gabrielle Bouchard, Centre for Gender Advocacy

One such discrimination is allegedly reported to have occurred at the Gender Identity Clinic at the Montreal General Hospital. “This clinic maintains the belief that being trans is an extreme form of homosexuality and provides reparative therapy,” the post on the map reads in French. The Montreal General Hospital’s department of psychological services was unavailable for comment.

Another pin on the map documents an instance near the intersection of Jeanne-Mance and de la Gauchetière. “Refusal of trans women-based on primarily their appearance and their genital organs,” the post reads in French.

According to Bouchard, the map “came from a need from the community.” Bouchard emphasized that people were coming to her with reports of places that were not safe, and she felt others needed to know about it.

The CGA has also played an important role in providing peer advocacy, resources for safer sex, and services to trans people. It is active within the Concordia community and in greater Montreal.

This map is a part of a larger push by the CGA for trans visibility and the acceptance of trans people in society. Though the map is quite informal – the CGA does not double-check claims, and many of the pins do not give the precise address of the incident – this community-based resource may provide important information for the trans community in ensuring their safety.