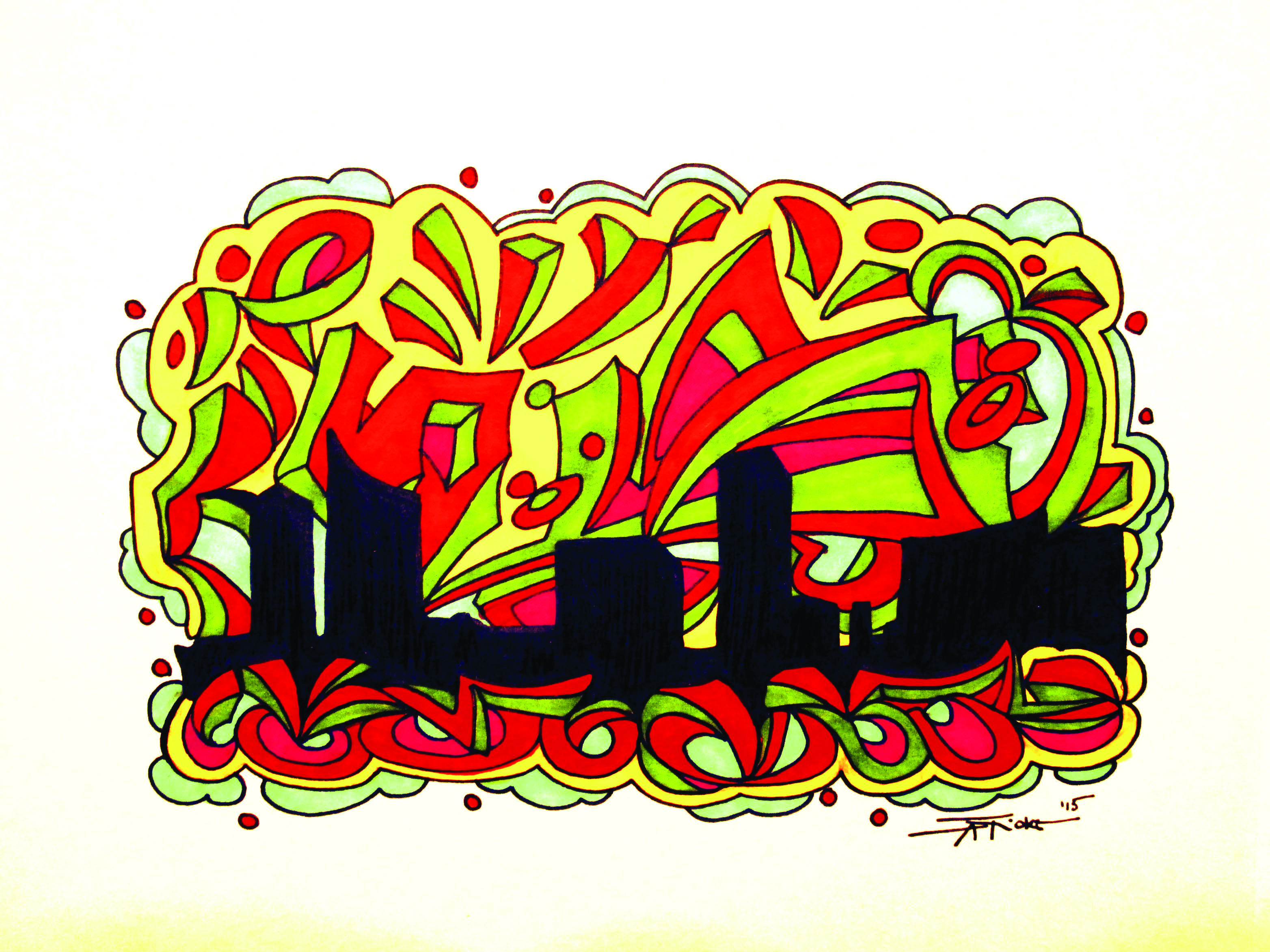 The new CBC documentary series Interrupt This Program is a glimpse at artists creating and innovating in cities that have experienced significant unrest. This first season, which premiered on November 6, will introduce viewers to the arts scenes of Kiev, Beirut, Port-au-Prince, Athens, and Medellin. With no host, the 30-minute long episodes are brief, stylish snapshots of the ways art serves to subvert, personify, and interpret culture, society and state. Created by Montreal-based producers Nabil Mehchi and Frank Fiorito, the weekly episodes each showcase three to four young artists challenging the status quo. The first episode, set in Beirut, introduces four unconventional artists, each attempting to relay their lived experiences and cultural consciousness of their city through their own mediums.

Among them, a baladi dancer named Alexandre, reclaims what he calls a disappearing art form. Alexandre tells the story of how he came to the creation of his bellydance routines that have brought conservative audiences to embrace a man performing an art form traditionally danced by women. Alexandre built a space, where there hadn’t been one, to express himself, and in turn allow others to do the same.

The necessity to create a space for art in hostile political environments is an overarching theme of Interrupt This Program. In fact, the show succeeds in not only portraying alternative art, but also bringing to attention the creation of platforms for artistic expression by artists like Alexandre. Overcoming the societal perceptions of the gendered body, Alexandre’s show is a testament to reclaiming traditions and using them as a platform to carve out identities and narratives that incite change.

The necessity to create a space for art in hostile political environments is an overarching theme of Interrupt This Program.

Reclaiming cultural identity is also a driving force behind street artist Yazan’s work. A talented writer, Yazan revels in recreating a sense of Arab heritage through calligraphy. Having to distinguish his work from the sheer volume of tagging that followed the end of the Lebanese Civil War in 1990, Yazan’s creations are composed of intricate letters that combine to form the portraits of prominent Lebanese artists, notably Fairuz, Kahlil Gibran, and the Palestinian poet Mahmoud Darwish.

Despite the brevity of scenes focused on Yazan, the viewer is able to understand the significance of his work in the greater context of Beirut. His art serves as more than just an homage to various figures; it is an attempt to recapture the identity and culture of the city following the civil war. As shots of a bright and sunny Beirut are shown, Yazan is seen painting an eight-story mural, a portrait of the well-loved actress and singer Sabah. Yazan conceives new ways to fill the city with his narrative. In contrast to sectarian rhetoric that divides people on social fronts, artists like Yazan seek to open discourse surrounding art and pop culture.

These hidden narratives are exactly what Gaffar Toufar, a Beirut-based hip hop artist, strives to expose. While telling the story of witnessing an Indian woman being racially profiled and unjustly arrested, Toufar displays the anger inspired by deep-rooted racial and class-based injustices that continues to compel artists like him to create. The show conveys that creative imperative throughout the episode, bringing the viewer into a space where artistic expression becomes urgent.

As shots of a bright and sunny Beirut are shown, Yazan is seen painting an eight-story mural, a portrait of the well-loved actress and singer Sabah.

In need of an outlet to express this anger, Toufar channels his passion into lyrics and beats. In the absence of an established hip hop industry, Toufar is given free reign on his artistic process and expression. Tinted in rich hues of blue and red, Toufar’s scenes are mesmerizing displays of lyrical power and the driving energy of struggle. Performing in an underground nightclub, he is the embodiment of wild artistry, one that is only possible in a setting where societal norms are subverted and new rules are set by artists just like him.

The next episode premieres Friday, November 20 at 8:30 p.m. and is also made available online for viewers every week.