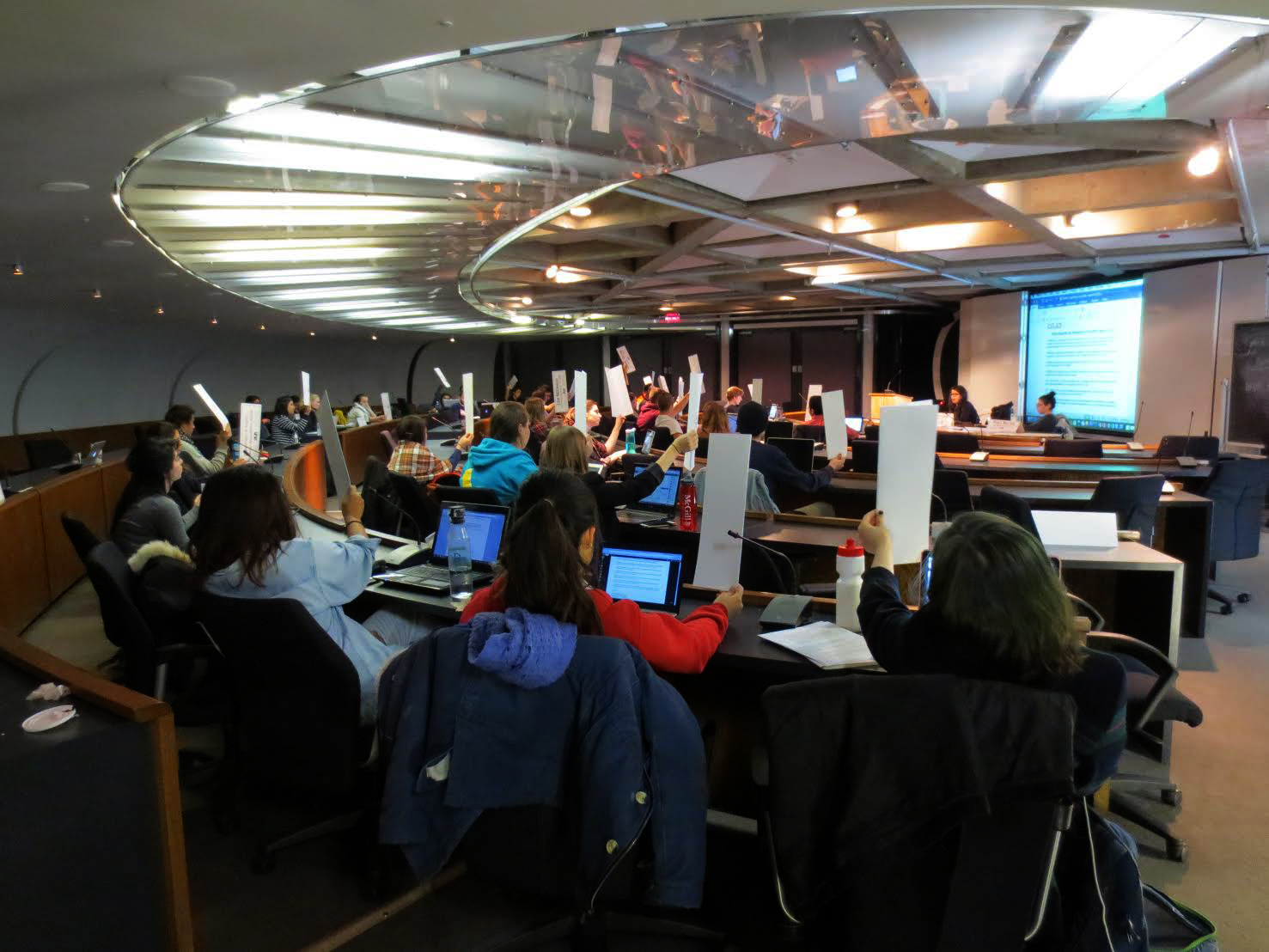 The Arts Undergraduate Society (AUS) Legislative Council met on November 18 to discuss divestment from fossil fuels and possible renovations to the Arts Lounge.

Arts Senator Erin Sobat and VP External Becky Goldberg brought forward a motion to support Divest McGill’s latest petition to the Board of Governors (BoG). The petition, calling for McGill to divest from fossil fuels, was submitted to the BoG’s Committee to Advise on Matters of Social Responsibility (CAMSR) in February 2015.

According to the Divest McGill website, the group also submitted “a 150-page report outlining the long-term social and environmental harm that has come about as a result of the fossil fuel industry,” but has yet to receive a decision from CAMSR.

At the Faculty of Arts Committee meeting on November 24, representatives will be debating a motion that, if passed, would pledge the faculty’s support for Divest McGill’s petition. The motion brought forward by Sobat and Goldberg was to ensure support of AUS for the faculty meeting motion, and encourage the student representatives to the meeting to vote in favour of it.

“This investment practice not only contradicts McGill’s environmental policies, but it also undermines our values.”

“Individual action [against climate change] is great,” said U3 Environment student and Divest McGill member Andrew Stein, speaking in support of the motion at Council. “But what we really need to see is strong international action, in terms of policies, in terms of changing our energy economy […] and that’s something that takes place on a much larger scale than any one of us individually can speak to.”

“McGill University is […] committed to fighting climate change. However, that commitment is being undermined by it continuing [to] profit from the fossil fuel industry. Of our $1.3 billion endowment fund, somewhere between 5 and 8 per cent, in the range of $70 million, is invested in fossil fuel and [resource extraction] companies. This investment practice not only contradicts McGill’s environmental policies, but it also undermines our values,” Stein added.

After a very brief question period, the motion passed without opposition, with only a few councillors abstaining from the vote.

“Already, many ideas have been put forward for doing something with the lounge,” Greenspon told Council.

“The Arts Lounge is not as great of a place as it could be, and there are a lot of really good ideas out there: putting water fountains in, painting the walls again, adding some more study-appropriate furniture.”

He explained that this year would be a good time to undertake renovations, as AUS currently has both faculty support for the idea and sufficient funds to carry it out.

“The most important thing is the real, demonstrated need for this,” he continued. “There was an article in the [McGill Tribune] a month or two ago about the lack of student space on campus […] and [some people using] the lounge don’t feel entirely satisfied by the lighting and the furniture. […] This is going to need a lot of student consultation.”

Council also voted to support motions approving departmental budgets for the 2015-16 financial year, creating a system whereby councillors and departmental associations will deliver regular reports of their activities, and increasing the fee for the McGill Summer Studies in Greece program from $2,900 to $3,050.

An earlier version of this article incorrectly stated that the motion to support Divest McGill’s petition mandated student representatives to vote in favour of the motion that will be brought up at the Arts Faculty Meeting. In fact, the motion simply encourages them to do so.