An open letter from AMUSE to Principal Suzanne Fortier 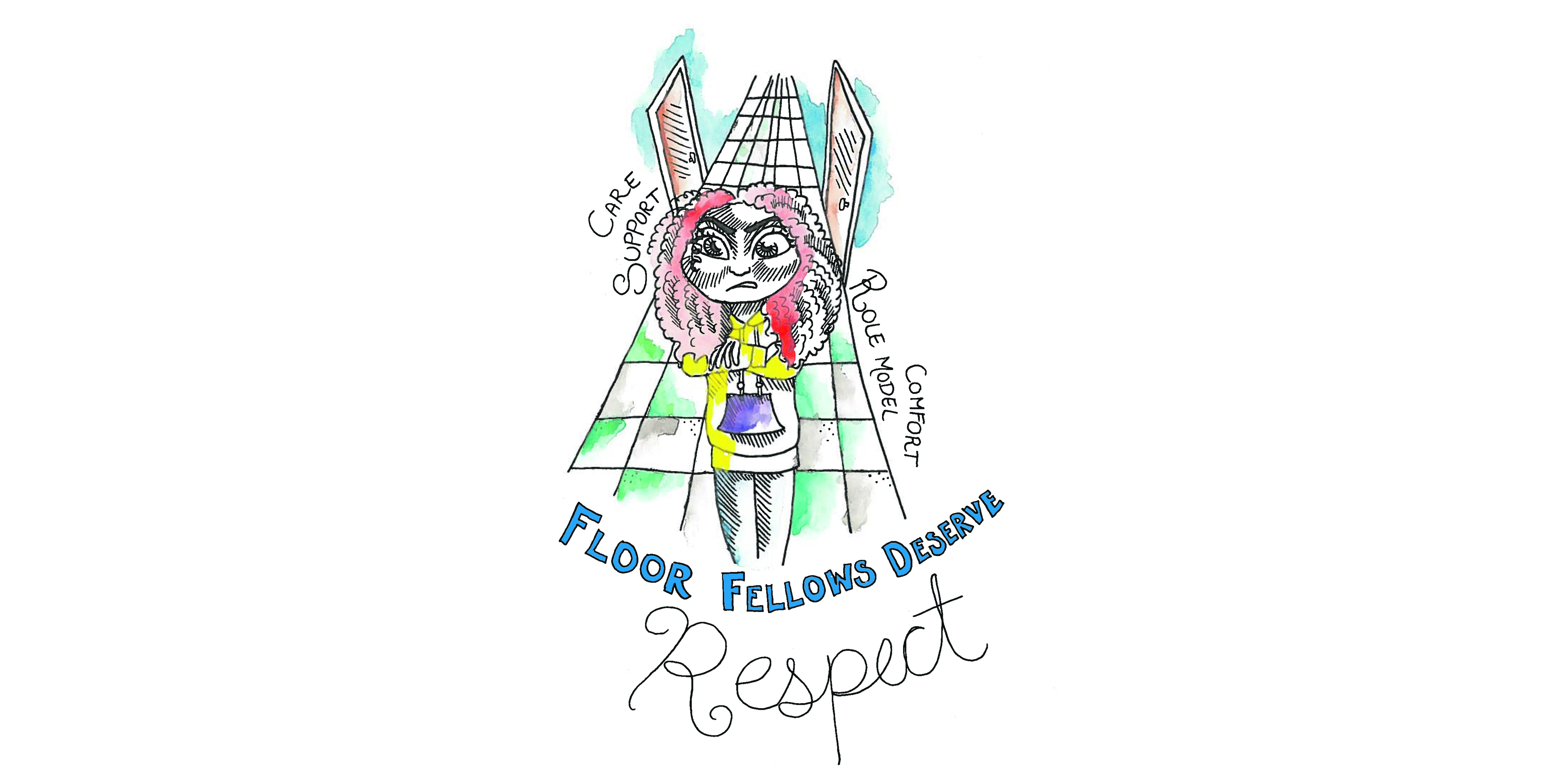 We write on behalf of the Association of McGill University Support Employees (AMUSE) to express serious concerns regarding how the University is proceeding with its treatment of floor fellows, who are unionized under AMUSE, during their unionization and collective agreement bargaining processes.

Floor fellows play a crucial role in supporting more than 3,000 students who live in more than ten residences on and off campus at McGill. They are the first people to welcome nearly half of new students to McGill, and provide essential contact and support to these students throughout the year. Floor fellows, who are extensively trained, are tasked with maintaining the health and well-being of students, as well as providing emergency response, non-judgmental counselling, information and resources, and mentorship. They are also responsible for community-building through workshop facilitation and events. They are integral to promoting a philosophy of respect in residences and to the work of building inclusive safe(r) spaces for students, as well as serving as positive role models for newcomers to the McGill community.

In the face of top-down decisions that have profoundly impacted their working conditions, floor fellows unionized with AMUSE in the spring of 2014. The past 11 months of negotiations with McGill have been characterized by a lack of respect for floor fellows and have indicated to us that McGill does not value the critical work that they provide.

In violation of Quebec labour law, McGill does not pay floor fellows a wage for their work.

In violation of Quebec labour law, McGill does not pay floor fellows a wage for their work. Roughly 100 floor fellows who have worked in the past two years have filed cases for backpay with the Commission des normes du travail (CNT), requesting that they be paid for the hours they performed while on the job. These cases indicate that, on average, floor fellows are working upward of 20 hours a week supporting students during this pivotal first year at university. Cases filed in 2013 have already been reviewed by the CNT, which ruled in floor fellows’ favour, yet McGill refuses to pay floor fellows and has appealed the ruling. We are still awaiting the result of a drawn-out investigation, as well as a hearing at the Superior Court, where, to contest the CNT’s ruling, McGill lawyers have likened residences and the experiences of first-year university students to a summer camp.

At the bargaining table, McGill has proposed insultingly low figures for hours for which future floor fellows will be remunerated, refusing to explain where these figures are coming from, and ignoring the extensive calculations we have done based on the cases filed with the CNT. Floor fellows are full-time students who must pay for tuition, and by choosing to do support work at the university, they are being placed in a precarious financial position. This precarity is worsened by the fact that McGill provides floor fellows with no lease, meaning they also have no housing security. These factors put current workers in a dangerously vulnerable position, and prevent many students from even considering applying for the job.

Although issues of remuneration do highlight the administration’s lack of respect for floor fellows, money has never been floor fellows’ primary concern in negotiations with regard to their current working conditions. For years, McGill residences have operated under an anti-oppressive harm reduction philosophy, which floor fellows have seen to be essential in providing effective student support. The harm reduction model under which floor fellows work establishes a relationship of trust with students, and encourages them to be forthcoming and honest about their substance use without fear of disciplinary action or reprisal. This model has saved lives. It is these essential values that floor fellows agree must first and foremost be protected.

We see a culture of cuts and a lack of appreciation for what floor fellows do.

At their 2014 Annual General Meeting, floor fellows voted that maintaining this value system was most important to them in negotiations. After 11 months at the bargaining table, McGill has refused to incorporate these values in any significant way into the floor fellows’ collective agreement, continually rejecting attempts at compromise. Rather, the administration pays lip service to the “importance” of the values with one breath, and disrespects their centrality to floor fellows’ working lives and the lives of their students with the next, refusing to institutionalize them. Recently, a working group was called to discuss changes to the Student Housing and Hospitality Services (SHHS) alcohol policy, potentially threatening the harm-reduction framework in spite of the fact that floor fellows’ working conditions should, legally, have been frozen at the time of unionization. Floor fellows’ concerns regarding this working group have been brought to the attention of the administration and have not been adequately addressed. Without securing these values in floor fellows’ collective agreement, McGill reserves the right to turn the floor fellow role into a disciplinary one, eroding the relationship of support that floor fellows have with their students and changing the nature of the job fundamentally.

Bargaining has drawn on for nearly a year, with virtually no meaningful concessions on McGill’s part. This period has been characterized by a broader trend in changes to working conditions that continue to be made despite ongoing negotiations, including cuts to floor fellow duties and previously mandatory tasks being framed as voluntary in the face of our current discussion of remuneration. Since their creation in 2013, the responsibilities of facilitating the Living-Learning Communities have belonged to the floor fellows of students who chose to be involved in the initiative. In the midst of their negotiations – during which, again, floor fellows’ working conditions should have been frozen – these responsibilities were allocated to the recently created “mentor” position, a non-unionized casual position, without any notice or union consultation.

At the same time, McGill has unilaterally made major changes to the working conditions of RLMs that have directly and negatively impacted floor fellows’ capacity to rely on them at all. RLMs have been told that they will not be compensated for overtime hours performed this year, when last year hundreds of these hours were required per RLM in order to adequately perform the job. This compromises floor fellows’ ability to receive support when they need it and promotes stress and hesitation in the floor fellow community with regards to when and whether they should seek support. It also creates a liability for both McGill and floor fellows, who are trained to rely on their RLMs, but who will be forced to handle emergency situations without them if these overtime cuts are not repealed. Finally, and most importantly, it ultimately creates a less supportive environment for first-year students living in residence.

It was not just one issue that resulted in us writing to you. Rather, the decision to write this letter was based upon what we see as a culture of cuts and a lack of appreciation for what floor fellows do. It is essential that McGill put the well-being of students in residences first. McGill must formalize harm reduction and anti-oppression in the floor fellow role, and create a workplace where all McGill employees feel empowered – in line with your five priorities, Principal Fortier, which include “student life” and “strengthening our workplace” – through fair pay, housing security, job security, and respect.

This letter is co-signed by 96 current and former floor fellows, students who have lived in residences, and AMUSE members. AMUSE VP Floor Fellow Sadie McInnes can be reached at floorfellow.amuse@gmail.com.