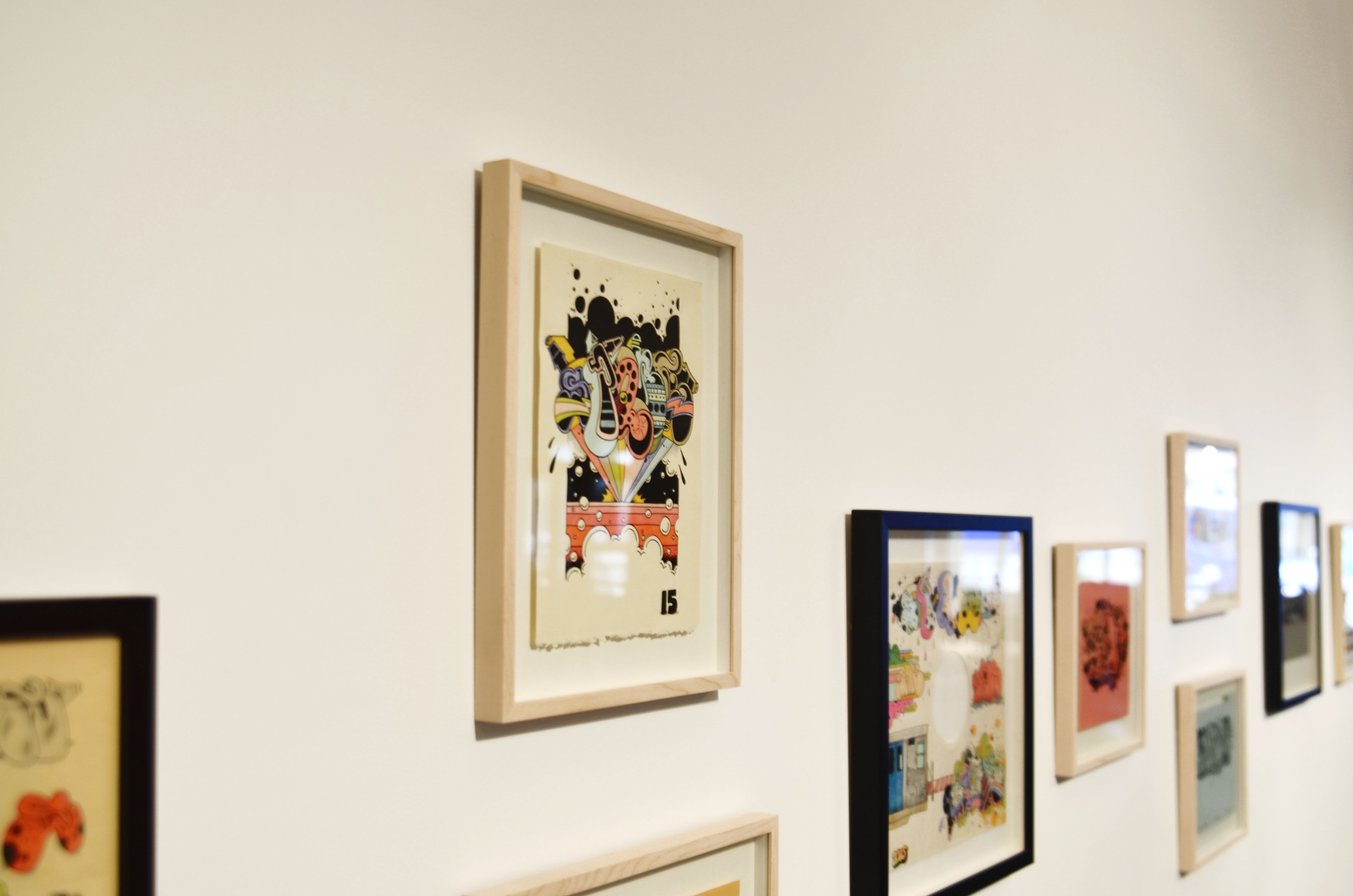 Self-described full-time artist and part-time vandal, Greg Lamarche (also known as SP.one) is part of the growing breed of street artists who have managed to reconcile their rebellious graffiti roots with mainstream appreciation.

Lamarche’s new exhibit “What Goes Around Comes Around” is being featured at Artgang. The first thing you see at the exhibit is Lamarche’s tag on one of the first walls. It is a simple “SP.one” tag, but the juxtaposition of this scrawl alongside Lamarche’s more polished pen and ink works is reminiscent of the simple graffiti writing common to urban cities.

Away from the context of street walls, Lamarche experiments with his background – one of his works is on an inner sleeve of an LP, featuring a small image of a metro station in the corner, paying homage to one of graffiti culture’s birthplaces. Other pieces are drawn on workbook divider pages or on pages ripped out of sketchbooks. Some pieces incorporate earthy beige tones, but splashes of colour are not uncommon – with one piece featuring his tag bursting through a brick wall, a rainbow trailing behind it.

Away from the context of street walls, Lamarche experiments with his background – one of his works is on an inner sleeve of an LP, featuring a small image of a metro station in the corner, paying homage to one of graffiti culture’s birthplaces.

Lamarche is based in New York, a city where graffiti has a constant presence. This environment no doubt has played a large part in his artistic journey. Lamarche has a uniquely developed style, likely due to his extensive experience and experimentation over the years.

Tags aside, “What Goes Around Comes Around” also displays some of Lamarche’s hand-cut paper collages. Lamarche boasts an extensive vintage collection of printed works, and these collages are clearly inspired by graffiti writing in their colours, outlines, and range of fonts. Aside from working as an artist, Lamarche is also a graphic designer, and this expertise comes through clearly in his crisp and clear collages.

One collage, Fun Gun, strays from variations on language and text and is much more image-heavy. The piece features a gun, but in place of ammunition are different kinds of markers, like the ones graffiti writers often favour in their workbooks. In fact, Lamarche has said in previous interviews that Fun Gun is one of his own favourite pieces. “I showed it once and didn’t want to sell it, and it has lived in my collection ever since,” has said.

Lamarche is literally in the street art history books – his work is featured in The History of American Graffiti. One of the most respected artists on the scene, Lamarche brought his entire repetoire to Artgang, giving fans of the medium and fellow artists alike delighted in the opportunity to follow the artist’s development over the years, and perhaps get inspired themselves.