Flying past fantasy and gender barriers

The state of Quidditch at McGill 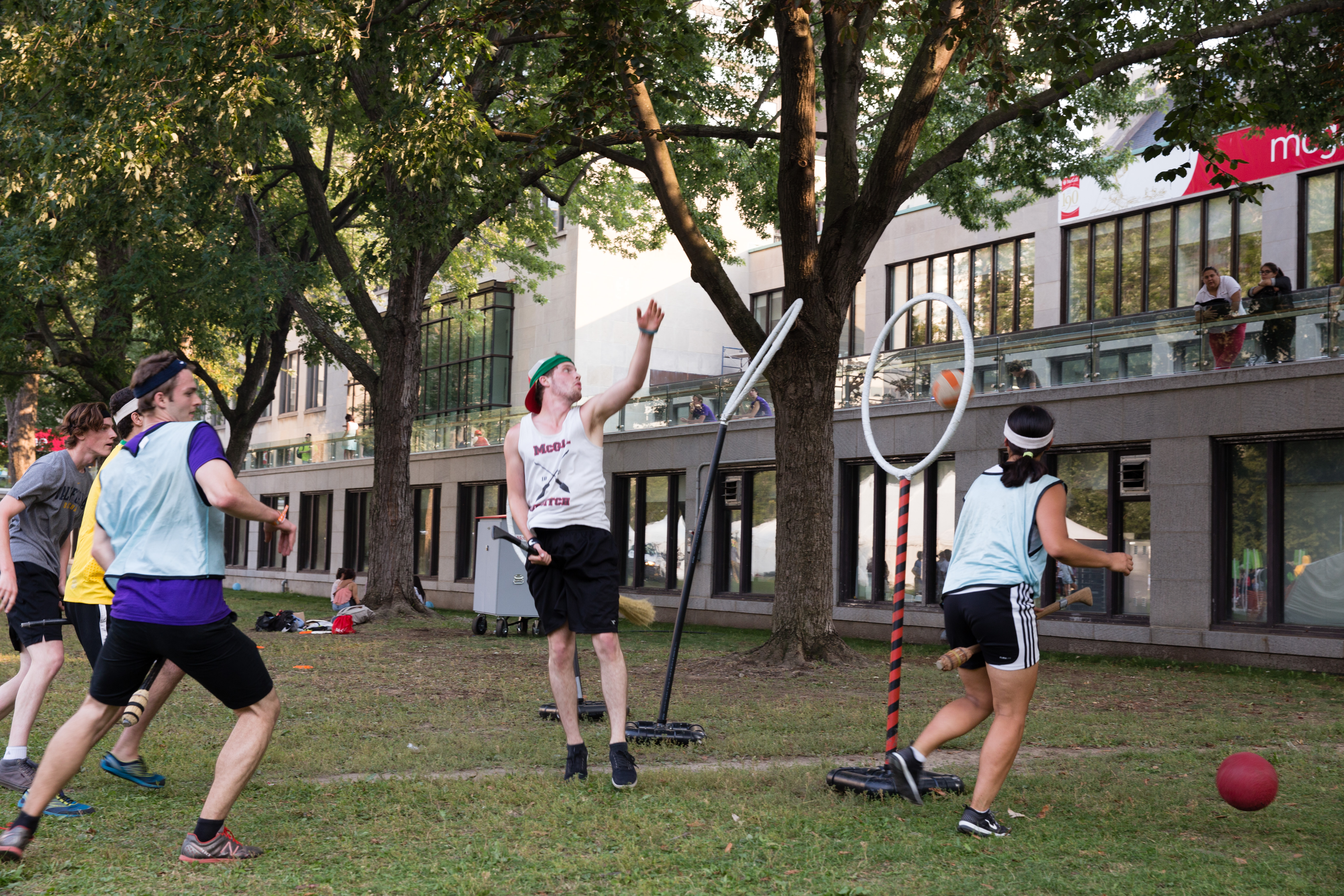 The Boy Who Lived and famous Auror Harry Potter would surely be surprised to see all these Muggles (non-magical folk) playing his beloved game. Muggle Quidditch is the adaptation of Quidditch – the famous game played by witches and wizards in J. K. Rowling’s Harry Potter series – for Muggles who cannot use flying brooms. Many universities now play the sport competitively and meet in the various tournaments held throughout the year.

Even though many people still consider it to be a fictional game, Quidditch – or McQuidditch, as McGill students affectionately call it – has become more accessible and has gained acceptance and some recognition over the past few years in Canada and the U.S.. This new sport is also uniquely co-ed.

In an interview with The Daily, Quidditch team President Robyn Fortune and VP Communications Laurent Chenet shared their views on the sport, and about the obstacles encountered during the sport’s rapid development.

“Most of us actually don’t like Harry Potter – it’s just a very fun sport.”

National federations exist and create major obstacles for international games. Rules change almost every year, and teams need to be registered within the same federation to play games against each other. McGill couldn’t register with United States Quidditch (USQ) and will therefore not be able to play official games against American teams.

“The way it’s set up is we have two competitive teams: McGill A and Canada’s Finest, which is our B team,” said Fortune. “We […] usually have a tournament every two to three weekends; we also have an intramural team.”

One could assume that Quidditch is mostly played by Harry Potter fans who wish to get closer to the world of witchcraft and wizardry and whose greatest dream would be to attend Hogwarts. However, this assumption is false.

“Most of us actually don’t like Harry Potter – it’s just a very fun sport,” said Chenet.
Fortune further explained that she joined because she thought it would be fun to play a fictional sport. Quidditch, however, is very real, as she soon came to realize. Practice takes place two to three times a week. Like every other sport, it involves discipline and rigour, and games can be intense.

The atmosphere created by this welcoming bunch reminds the players that Quidditch remains a game, and the primary goal is to have fun. Chenet is a chaser and seeker, but doesn’t miss any chance to encourage fellow teammates – he likes to say that he is also the team’s cheerleader.

The open-mindedness of Quidditch players also makes this new sport unique. While other team sports like soccer, football, basketball, baseball, and hockey segregate genders, Quidditch breaks such gender boundaries and biases. It is the only co-ed competitive sport at McGill. This plays a role in Quidditch’s rising popularity. Women are judged according to the same standards as men, which is rarely, if ever, the case in competitive sports.

Together, players strive for the development of their sport and to gain even more recognition. The goal of McQuidditch is clear: to make people play and love Quidditch regardless of gender. The more people will play this sport, the more barriers will be broken down, and the more credit the sport will get. There’s still much to do, but Quidditch is on its way. It has evolved from being considered a hobby exclusive to Harry Potter fans into a real sport.

Quidditch has become part of McGill’s everyday life, and will hopefully remain part of it for a long time. In comparison to team sports such as basketball or soccer that emerged over a century ago, Quidditch still has a long way to go. However, the co-ed sport isn’t even ten years old, and it already has multiple national federations and even an international one. Quidditch is a unique game. Hopefully, the sport will continue to increase in popularity and break even more barriers.