9-man a raw representation of communities built around the sport 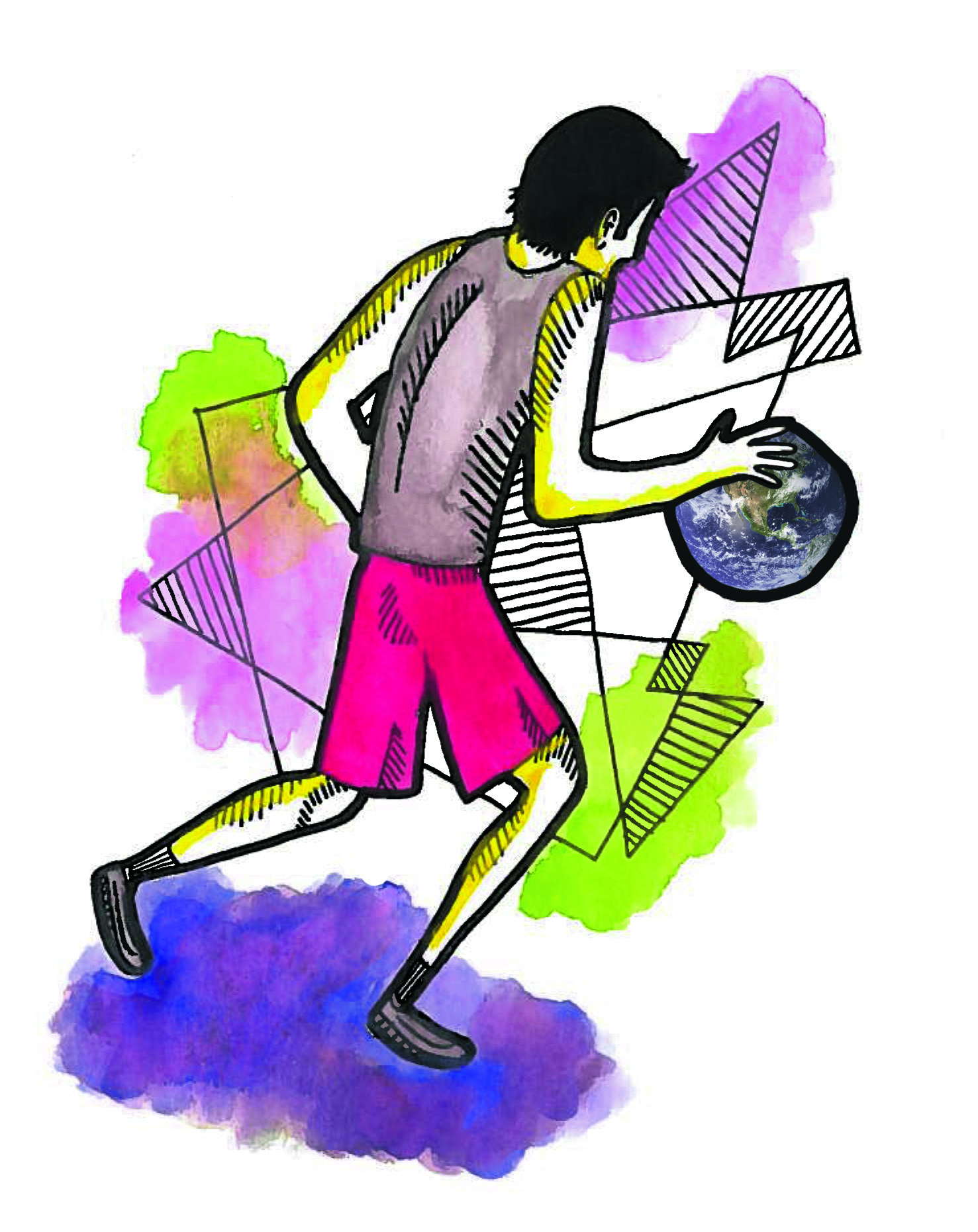 “This was something that was uniquely ours,” says a long-time 9-man player and coach featured in Ursula Liang’s documentary 9-man. Widely played in Chinatowns across the U.S. and Canada – with three main competitive teams in Montreal – 9-man is a streetball variant of volleyball, with nine players on each side and unique moves, including one signature move similar to a slam dunk in basketball.

Liang’s documentary, which follows several teams as they train for the yearly North American Chinese Invitational Volleyball Tournament held during Labour Day weekend, is first in giving coverage to the sport. But, as the director puts it, the game is “definitely much more than a sport.” Liang brings to the screen a raw representation of the communities built around the game.

The footage is polished but feels unedited or, at least, uncensored. Debunking stereotypes of East Asian men, the film offers no stock images to replace the ones it challenges, leaving the viewer to take in all the complexities of dynamic and diverse teams.

“When you walk into the 9-man space, all the stereotypes that come with television presentations of Asian men are totally wiped away,” Liang told The Daily. “These are guys that are tall and have swagger and sort of just defy stereotypes right and left.”

9-man was originally brought to Canada and the U.S. by Chinese immigrants from Taishan, a coastal city in southern China. It thrived in Chinatowns during a time when anti-Chinese sentiment was particularly prevalent in both the U.S. and Canada, following discriminatory legislation like the countries’ respective 1882 and 1923 Chinese Exclusion Acts. Liang told The Daily that the sport “served in the early times as an emotional and physical outlet for people who were faced with a lot of discrimination and really tough lives.”

But for Liang, whose brother is also a 9-man player, the surprising thing was the intense bonding in 9-man teams today and the deep relationships the sport fosters. “I think people don’t often see the microaggressions that Chinese Americans face and the effects of all the emasculating stereotypes there are of Asian Canadians and Asian Americans,” Liang explained to The Daily. “And a lot of these things still play a part in the lives of these men, so having a space that’s their own, a place where they can be free to be who they are, freed of the stereotypes of society, I think is really important.”

9-man presents exactly this – a space of their own. Liang’s representation echoes a space exclusive to men, as the game started at a time when racist legislation limited immigration from China to workers who were men and made Chinatowns almost solely populated by men, who could in turn only socialize with other Chinese workers. This history is reflected in the sport being only played by men to this day.

Another unique trait of the game is its controversial “content rule” which stipulates that two-thirds of a team’s players on court at any point during a game must be “100 per cent” Chinese and the rest must have “Asian heritage.” 9-man bravely presents various perspectives on the rule, bravely delving into the topic.

“I think people don’t often see the microaggressions that Chinese Americans face and the effects of all the emasculating stereotypes.”

“It’s flattering that other cultures want to get involved, but there’s a line and that line needs to be kept,” says Jeff Chung, captain of the Toronto Connex 9-man team. In the film, at a conversation over dinner, the older generation expresses a need to preserve cultural autonomy while younger players express concern about excluding younger generation Chinese Americans who are half Chinese, as more and more half Chinese athletes become interested in the game. There’s also plenty of horizontal racism for the viewer to take in, as stereotypes of Black men being ‘naturally’ taller and stronger are used by some as a reason for specifically excluding Black men who are interested in playing the game.

At the Labour Day tournament, a South Asian player is not permitted to play, and his friend who is allowed to play expresses frustration at how someone who is “one-fourteenth Chinese” can play while his friend cannot. “He looks fully Asian to me,” the player says, exasperated. Liang’s presentation doesn’t seem to privilege a side between the desire to protect the game from appropriation, and the wish to render the definition of Asian American less restrictive and more fluid and nuanced, though she rightly gives very little space to privileged white men complaining about not being able to play the game.

“I can’t ask him to quit because it’d be like asking him to cut off his left arm, and I can’t ask him to cut off his left arm,” says one coach’s wife in the documentary. The same coach cries when his team loses in the semi-final round of the Labour Day tournament, and the camera doesn’t shy away from his intense pain as he admits he will no longer be coaching the team the following year. Liang’s film dives into the deep passion of the game – and it does so unflinchingly.

“I’ve worked as a sports journalist for a long time, I was in NBA locker rooms, NFL locker rooms […] and then I walked into a [9-man] practice in Toronto, where one of the more dominant teams play, and I had the breath taken out of me,” Liang told The Daily, commenting on the intensity of the game and the players’ commitment to it.

The players featured in the film are each distinct in their experience with the sport. From a 91-year-old first generation immigrant who grew up playing and still loves the sport, to a young player who reflects on growing up biracial in a predominantly white neighbourhood, the film highlights various complicated relationships with the cultural heritage and community of the sport. The players appear united, however, in exactly what seems to make the sport something unique – the deep devotion and commitment to 9-man and to keeping the cultural tradition going.