FIFA should impose sanctions on Israel for its racist practices 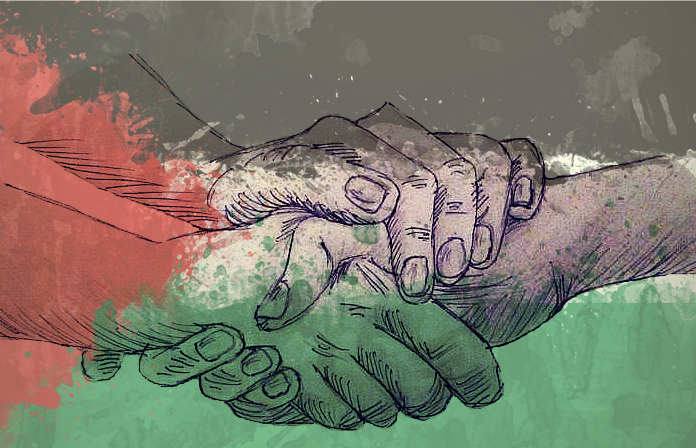 Earlier this year, the Palestinian Football Association (PFA) petitioned the Fédération Internationale de Football Association (FIFA) to suspend Israel’s membership to the federation. The discussion was brought up at the FIFA Congress in Zurich on May 29; however, PFA President Jibril Rajoub eventually withdrew the request, understanding that the Palestinian voice would remain unheard.

The PFA accused Israel of racism, apartheid practices, and the hindrance of free movement of Palestinian players from the Gaza Strip to the West Bank. The FIFA corruption scandal that struck the association diverted the media’s attention away from the petition until September 6, when Cardiff, UK became the stage for pro-Palestinian protests in the wake of a Euro 2016 qualifying game between Wales and Israel.

Two days later, on September 8, the Palestinian national team hosted its first home game in four years: a qualifying match for the 2018 World Cup against the United Arab Emirates (UAE). This was a symbolic victory for Palestine, whose football association has been suffering greatly from Israel’s actions that restrict the movement of players. Sports mirror societal issues in many ways, and the lack of sanctions toward Israel’s team shows that Israel enjoys immunity on the international stage.

Even though the PFA’s petition has been withdrawn, the allegation that the Israel Football Association (IFA) is guided by the state’s policies should be taken seriously. The IFA is a state institution supported financially by Israel’s government and controlled by the State Comptroller of Israel – the same state institution that manages the Israeli Defense Forces (IDF). One would assume that it’s counterintuitive for a country’s football association to be controlled by the same body that controls the country’s army. This, however, does not appear to be of concern for Israel, which further worsens the oppression of Palestinian players through the strict border controls that hinder them in crossing from Gaza to the West Bank.

During the pro-Palestinian protests that took place in Cardiff, the Guardian interviewed Adie Mormech, a human rights advocate working in Gaza. According to Mormech, “Israel can’t be part of Europe, can’t be part of European sport if it denies the people of Palestine their right to life, their right to a sporting life. We’ve tried diplomacy, we’ve tried everything, it’s time to say: ‘Enough is enough.’”

Palestinians are fed up with these oppressive policies and have been protesting to make their voices heard. By preventing the movement of Palestinian national sports teams, which can strengthen Palestinian national identity, Israel is taking away one of the components of maintaining Palestinian identity. Suspending Israel from FIFA and the Union of European Football Associations (UEFA) would be an effective way of showing it that the oppressive nature of its actions against Palestinian players must have consequences.

Israel categorically opposes these sanctions, claiming that they wouldn’t be fair. According to the same article in the Guardian, Alan Melkman of the Zionist Federation, an Israel advocacy organization, said, “Those [protesters] over there are not pro-Palestinian. What they are is anti-Israel. Much of what they say are outright lies, much of what they say about the discrimination of Palestinian footballers is absolute rubbish. We believe that football is a game that helps bring people together. It is one of the stepping stones to peace. The boycotting of Israeli football players alienates people, it forces them farther apart. It does nothing for peace.”

Racism is strictly forbidden by FIFA, and as such, Israel should be suspended from the association on those grounds. Perhaps the only way to get Israel to change its actions would be to explicitly declare them illegal under FIFA’s constitution.

The U.S. has supported Israel since its inception, and along with other powerful countries, has helped provide it with protection and immunity on the international stage. The international support Israel receives, combined with the politicized nature of its team, allows for the state to mistreat Palestinian players without consequences. In order to be fair, FIFA should seriously consider the PFA’s proposal and ban Israel from the federation for some time in order to, at the least, create equitable playing conditions.