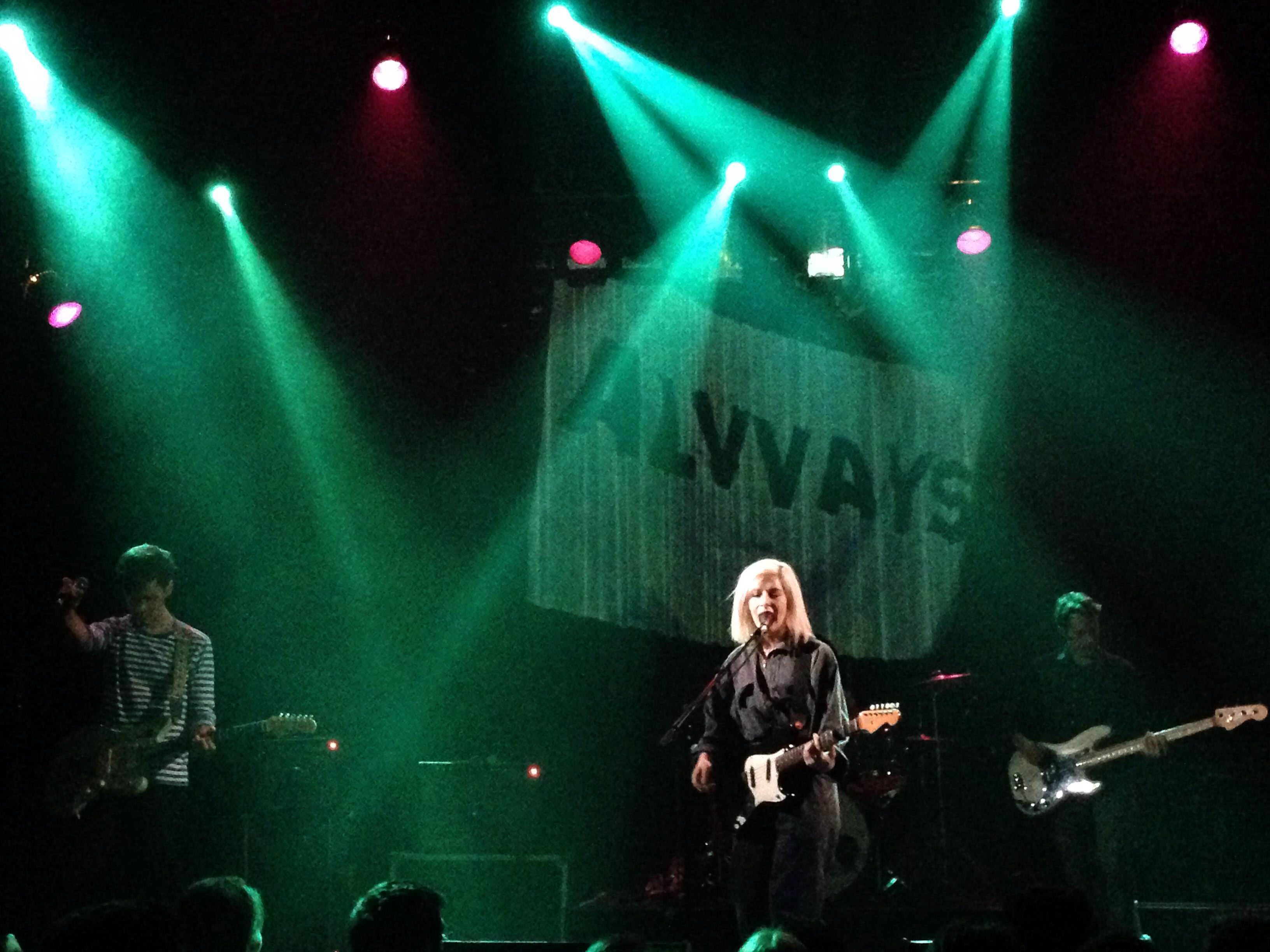 For a Toronto-based band with only one album out, Alvvays made it big very quickly. Since releasing their self-titled debut in the summer of 2014, they’ve been featured on Pitchfork’s list of the best songs of 2014, shortlisted for the Polaris Prize (pretty much the pinnacle of Canadian indie music-making), and booked festivals from Osheaga to Glastonbury. And they deserve the attention: their album is a well-crafted blend of jangly guitar hooks, cool, detached vocals, and soothingly bittersweet lyrics.

Unfortunately, the same can’t be said of their live performances. The band took the stage at Montreal’s Corona Theatre on October 20 to a relatively full main floor for a performance that was largely unremarkable. The sound itself was the band’s first problem – right from the start, the mix was way too loud and trebly, causing the guitars to sound piercing and in-your-face. Typically dreamy tracks like “The Agency Group” and “Next of Kin” played heavy and distorted.

On top of the bad sound was a somewhat uninspired set from the band itself. The live element added nothing special to their recorded songs, and lead singer Molly Rankin’s vocals certainly could have benefited from the reverb used on the album. Though initially shaky, her voice settled in after a few songs, as Rankin delivered the high notes on “Red Planet” with her signature beautiful emptiness.

The band took the stage at Montreal’s Corona Theatre on October 20 to a relatively full main floor for a performance that was largely unremarkable.

What Rankin may have lacked in vocal chops, however, she made up for in stage presence. Her charming banter was endearingly Canadian as she joked about hockey, Justin Trudeau, and Montreal parking tickets. While her vocals are known for their lack of emotion, her live persona is all spirit, and kept the show going through its sound troubles. Rankin’s music may be nothing like the folk songs of her heritage – she comes from the popular Rankin Nova Scotian music family – but she clearly has the Celtic entertaining gene in her.

Alvvays played every track on their album, interspersed with new material; a cover of Camera Obscura’s “Lloyd, I’m Ready To Be Heartbroken” was particularly touching in its tribute to the Scottish band’s Carey Lander, who recently passed away. The new songs were surprisingly fast and punky, a departure from the first album, but at least fun to dance to. Not that the audience was doing much dancing – the crowd was mostly laid-back throughout the show, despite the occasional yell of “Marry me, Molly!” That is, until the final song, “Archie, Marry Me,” which had everyone singing along.

Alvvays are by no means overhyped – their pop-like ballads have a depth that stands strong within the Canadian indie scene. If Tuesday’s performance is any indication, though, they haven’t quite figured out how their live performances can match the expectations set by their debut album. Hopefully, they’ll take some time this winter to perfect their live sound. Then, who knows how big they could get.