Behind the scenes of Toy Story 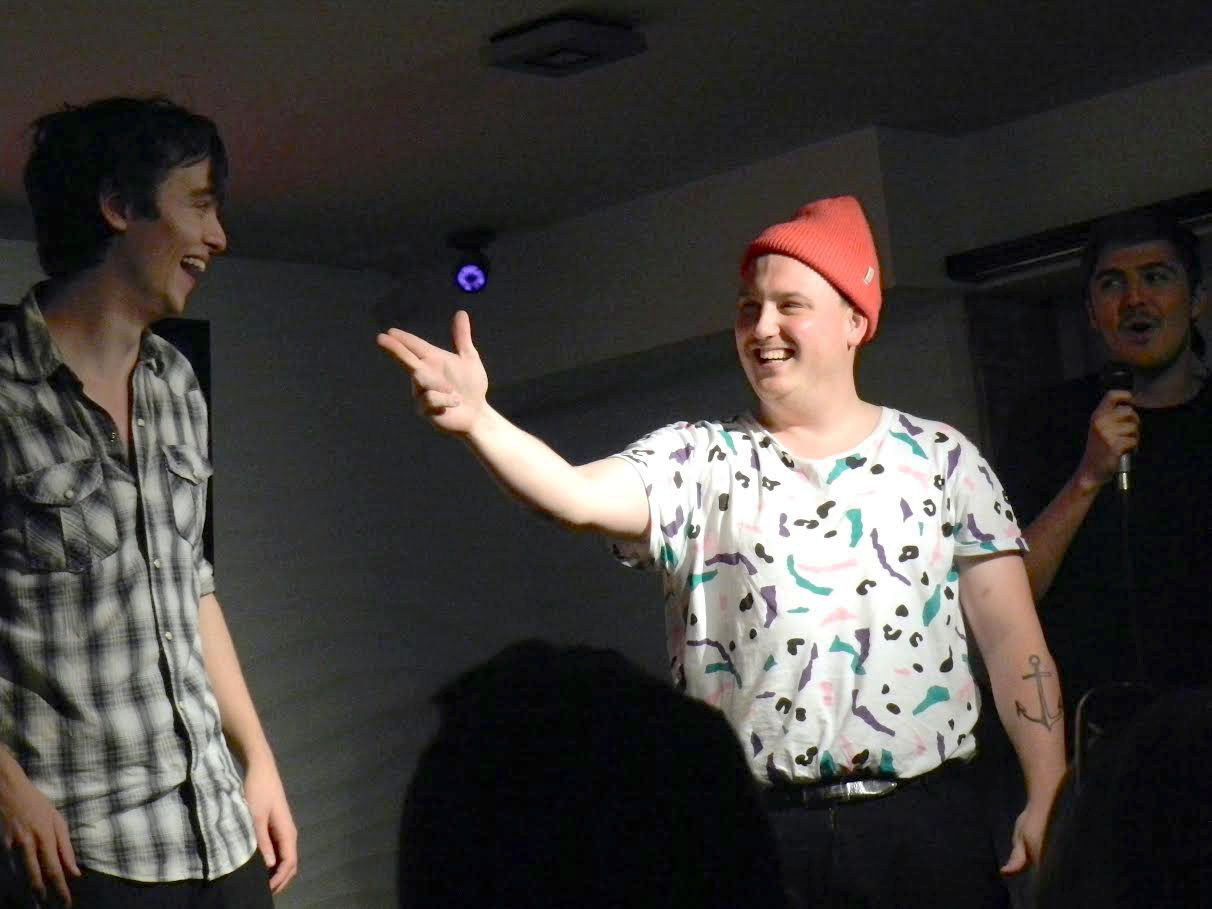 Improv artists are excellent at bringing upbeat laughs into a boring Wednesday night. M Montreal Hostel and Bar, located downtown, saw a lively performance entitled “In-Betweeners” put on by Wild Fucking Improvisers in Action (WFIIA), a self-organized group of young comedians on October 14. The show aimed to read between the lines of the movie Toy Story and act out the characters and scenes that were left to the imagination of movie audiences. What was actually happening in the toy box when nobody saw, and what were the lives of secondary characters? Those are the questions fans have never definitively answered, and WFIIA’s skillful improv helped fill in the blanks.

WFIIA has been around the block, with their recent show, “Surrogates,” featuring a version of the classic show, “Whose Line Is It Anyway?” Each time the WFIIA group performs, the audience or one of the actors introduces a new concept, making the art of improv so much harder, and thus more entertaining for the audience. Improv concepts work as predefined conditions under which artists are supposed to perform. Some examples that were used were “forward – reverse,” making the actors do the scene in reverse order; “should have said,” the act of rephrasing the same line an infinite amount of times, thus changing the intended outcome to any variety of unexpected endings; and WFIIA’s specialty, “en français, s’il vous plaît” (“in French, please”), bringing translation wordplays onto the stage.

A big part of the comedic action was directed at exploring the Toy Story characters in a new and uncensored way, thinking of the movie heroes as real-life personalities and not just toys coming to life for only a few seconds. By playing through the lives of each figure, the comedians expanded the possibilities of the movie, portraying the characters with interwoven personal dramas in a real social setting. One of those was an imaginary situation where Woody and Buzz Lightyear never return from their adventure, leaving Hamm, the piggy bank, to take over the gang’s leadership. You don’t need to know much about the movie to appreciate the idea of a bossy piggy bank demanding 25 cents in rent from each toy. What was even funnier was the actors’ spontaneity, seeing as they were thrown on the spot yet deliberately directed the scene to create a pushy piggy bank as a running joke.

The design of the poster for the show is a parallel visual representation of “In-Betweeners” itself. Numerous arrows pointing in different directions hint that the improv actors can go anywhere in their comedy. WFIIA wasn’t the only creator of the sketch comedy; members of the audience were constructing the scene too, coming up with new circumstances and toy names for the actors to try on when certain scenes began to grow stale. It was a collaborative effort with no roadmap.

The show that was “In-Betweeners” was itself a working concept as themes and characters shifted, swaying viewers’ attention to the periphery of the classic narrative. These “quick quirky improv games,” as the group organizer, Kenny Streule, called them in an interview with The Daily, explore the rules of story and comedy, with the result being continually and unpredictably hilarious (though sometimes a little awkward).

Even though the show wasn’t intended to provoke deeper contemplation, it definitely points to something essential – exploitation of a one-sided narrative. “It’s the side [of Toy Story] that we’ve all pretended to think of, except that now we get to perform [it] on stage, with the characters we love,” Streule said. Maybe it’s time to imagine the possibilities of our own unwritten narratives for some greater epiphany. Or maybe, as it was so effectively done by WFIIA, it’s a time to just delight in childlike imagination and laugh at what we find.