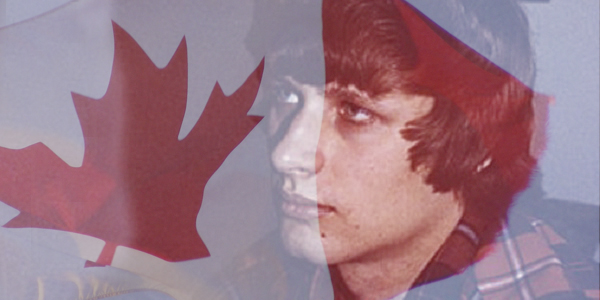 The above image of a young Arpeur was found stapled to the original speech.

Years before he became Prime Minister of Canada, a young Stefon Arpeur gave the following speech before a congress of the youth wing of the Reform Party of Canada. Until now, only rumours existed about the contents of the infamous speech. After years of investigation, The Weekly has obtained a transcript of the original. For the first time, it’s being published in its entirety.

In recent years, our nation has witnessed a rapid increase of immigrants, imbalancing the cultural composition of our society. Massive immigration could have disastrous consequences for social welfare, economic growth, cultural practices, the sanctity of the family, and the preservation of the Canadian way of life. Henceforth, it is hereby my recommendation that the Canadian government implement the following proposal.

Canada, the second-largest country in the world, is barely able to geographically support its current population – with a density of 4 people per square kilometre and a birth rate of 1.6 children per woman, the territory is getting dangerously crowded. It is then reasonable for our nation to restrict the number of immigrants it accepts. By restricting immigration, we will create more low-wage jobs for our own citizens, save resources, and cut the carbon emissions that would have been produced by immigrants’ flights here. What can I say, it’s important to be eco-friendly.

To begin the implementation of such a restriction, I suggest that no more than 5 per cent of applicants from non-English-speaking, non-European countries be accepted within 15 years of their application. English-speaking people from Europe don’t really count as immigrants, and so should be accepted into our country within six days of applying.

Please note, this is not racism. For example, since Asian people are currently the largest minority population in our country, it is necessary for Canada to restrict immigration from Asia in order to maintain the careful balance of our cultural mosaic. As everyone knows, mosaics are precisely calculated compositions that must have exactly equal colour proportions. Except for white. Good art has a lot of white space.

People from European or English-speaking countries tend to have more familiarity with Canadian cultural icons, like William Shatner, that guy from the Canadian Heritage Moments commercials, or His Excellency The Right Honourable Governor General of Canada.

According to a report from Internet Poll Canada, immigration is a threat to the social justice of Canadian society and Canadian identity. To ensure the maintenance of Canada’s flawless track record of gender equity, cultural artifacts or items of clothing that denote gender roles should be prohibited Of course, I mean objectively terrifying garments like the niqab, not decent, wholesome things like skirts that go past the knee (but not too far past., as this nation has no room for stodginess). Clothing items deemed borderline by border services will be formally appropriated by Canadian Customs, in order to neutralize the cultural and symbolic significance of the items, and thus their threat to Canadian society.

To further avoid cultural clashes and disagreement with Canadians, immigrants must have good cultural taste and have appropriate reverence for Canadian high culture. People from European or English-speaking countries tend to have more familiarity with Canadian cultural icons, like William Shatner, that guy from the Canadian Heritage Moments commercials, or His Excellency The Right Honourable Governor General of Canada. Further, immigrants should also be able to demonstrate a capacity to participate in refined cultural practices like rioting after hockey games or oppressing Indigenous populations. All of these features make them ideal candidates for becoming Canadian citizens as they contribute toward the development of a well-rounded society.

Due to the fact that some immigrants are not fully proficient in English and French, and given the high costs of educating them, we should no longer accept applicants for temporary or permanent residency who don’t have an undergraduate degree in Canadian Literature. Additionally, we should raise the language proficiency standard for applicants who intend to reside in our nation. All applicants will be required to recite either “God Save the Queen,” “O Canada,” or a Céline Dion song of their choice in both French and English. Finally, as language is the Number One Invader of Canadian culture, any language other than English or French should be disallowed in public (punishable by immediate deportation).

Applications that are declined are to be held in abeyance until the end of their six-day or fifteen-year processing period.

To increase the quality of landed immigrants, it is important to restrict the definition of a “dependent child” and demand a higher level of literacy for children. Landed immigrants with no children generally achieve more than those who have children because parents are in no way capable of holding a job and caring for children at the same time. And once these children become permanent residents of Canada, the government will have to pay for their education, burdening the community by providing it with more educated residents. It is then appropriate to refuse any children who can support themselves in their country of origin, in order to save the provincial governments billions of dollars in education and welfare expenses annually. These children would remain eligible to apply for permanent residency and reunite with their parents when they are much older and have better language and life skills.

To create more jobs and further increase the quality of landed immigrants, it is also necessary that all children older than three months come with their parents to take an age-appropriate language test. The test for children under the age of 14 will be taken on a one-on-one basis with a linguistic assessment roleplay professional (LARP). By providing these tests, we create approximately 3,000 jobs Canada-wide that would help sustain our own citizens. Children over the age of 14 will be requested to meet the minimum criteria of recognized standardized tests, which is a lower score than required for adults in order to obtain permanent residency (meaning they can pass the test even if they recite their Céline Dion song in only one language). Children who fail language tests will not be allowed in the country for temporary or permanent residency because learning a new language in a brand new environment would be detrimental to their emotional, intellectual, psychosocial, and cognitive development.

If the Canadian government were to implement the above proposal, we would anticipate a drastic improvement in our society: first, a drop in unemployment rate as the number of capable workers entering the country plummets; second, a stabilization of old-stock Canadian cultural norms, traditions, and strongholds; and third, most importantly, we will ensure that Canada maintains its international reputation as the most diverse and multicultural country in the world.