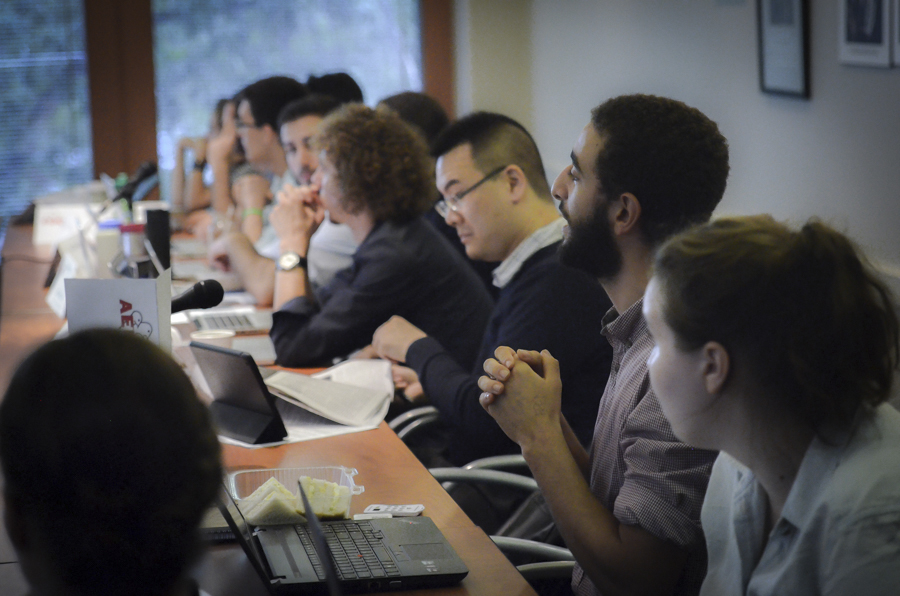 On September 17, the Students’ Society of McGill University (SSMU) Legislative Council held its first meeting of the academic year. Executive members, committees, and senators updated Council on their work over the summer and their involvement in upcoming projects, including anti-austerity mobilization, student mental health, finances, and provincial student federation affiliation.

Council also adopted the interim provisions for committee membership and the standing rules for the 2015-16 Legislative Council. A motion regarding the creation of ad-hoc committees was also adopted after the nominations for the Board of Directors.

Speaking to The Daily, Boytinck said, “Anti-austerity week is incredibly important because of the momentum that the anti-austerity movement is gaining in Quebec.”

“This fall, public sector unions are entering negotiations and some are mobilizing toward a strike. Other student associations, notably those who are members of [Association pour une solidarité syndicale étudiante (ASSÉ)], are also mobilizing toward an unlimited general strike,” she continued.

Boytinck also emphasized the importance of McGill students’ involvement. “Countless demonstrations have already been called and more are anticipated to be coming. McGill students have historically participated less in Quebec social movements, so it is essential that our students are given the opportunities to learn and resources to better develop campaigns so that we can more fully participate in the anti-austerity movement this fall.”

Rourke also commented that in order to have an efficient system, Council must “ensure that [mental health and well-being programs] are student driven, and focus on the students.”

“We can focus on more proactive preventative health promotion to the number of students that have to go seeking interventions that are highly intensive because they are in crisis mode,” said Rourke.

Rourke also talked about the Mental Health Awareness Week, which will take place between October 15 and 25, and is organized by the SSMU Mental Health Committee. It will concentrate on raising awareness about mental health and illnesses and on advocating student consultation to propose changes to existing McGill policies and practices.

According to VP Finance & Operations Zacheriah Houston, SSMU’s current financial outlook is optimistic, as Frosh registration numbers are estimated to give approximately $2,000 above the projected revenues. In addition, Houston stated that SSMU is “on track” to meet its target of $21,000 in profit from mini-courses, and is satisfied with SSMU’s revenues from its investment portfolio for the 2014-15 academic year, with the entire portfolio now worth approximately $3.5 million.