Resistance & reimagination in the ring

The League of Lady Wrestlers subverts gender norms, one fight at a time 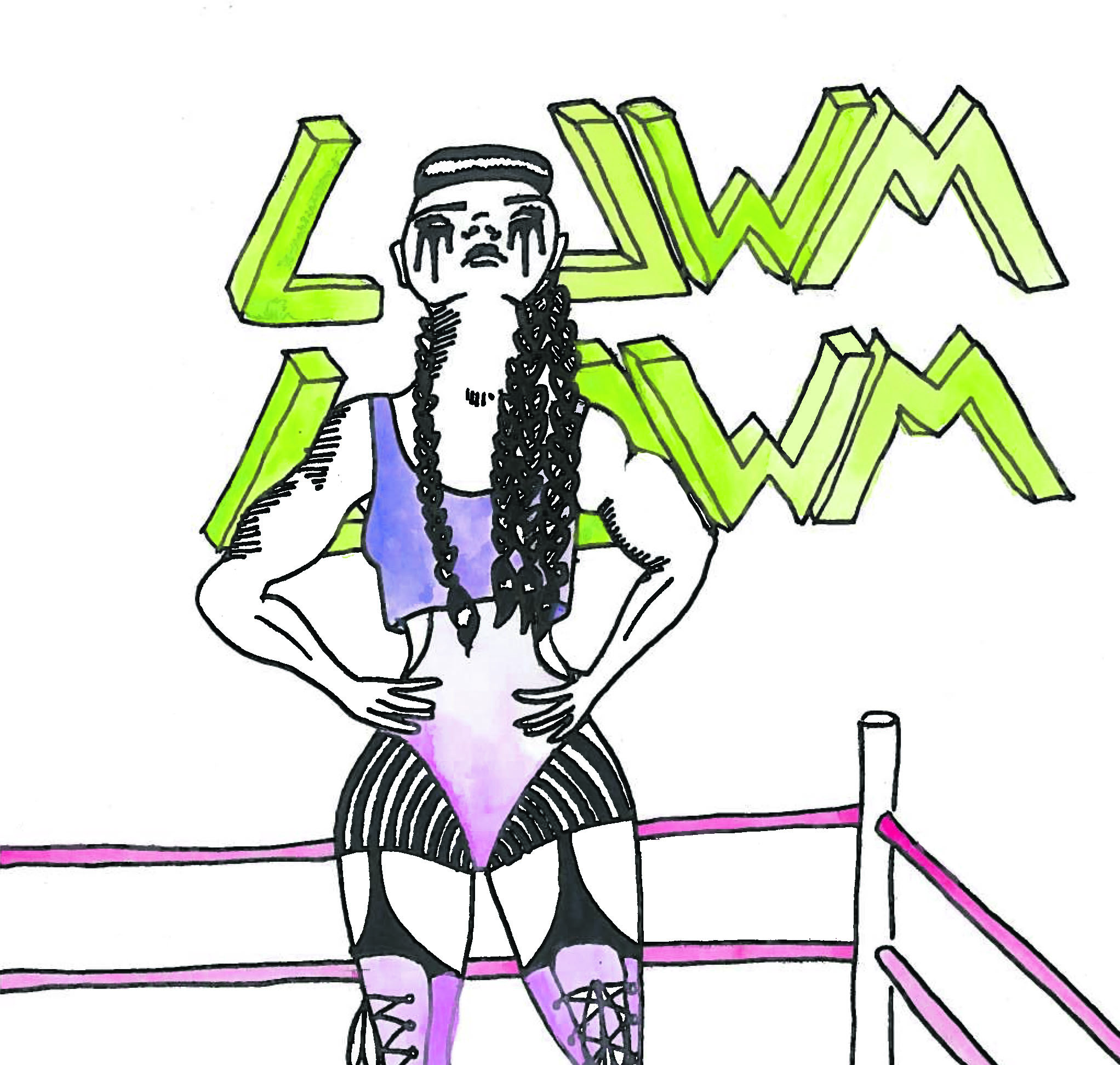 “I’m from another dimension far beyond human comprehension. […] I’m a channel of countless beings,” proclaimed Princess Ula, the performance artist also known as Tanya Stasilowitch, and the founder of the League of Lady Wrestlers Montreal (LOLWM), in an interview with The Daily.

“I crowned myself [after] Princess Khutulun, a [Mongol] warrior from the 1300s. She was an athlete, a fighter, she led an army, and whoever would ask her hand in marriage, she would challenge them [to] a wrestling match. If they lost, they would grant her their horses. If they won, they would marry her. She ended up with 10, 000 horses,” Princess Ula told The Daily. “And when she passed, she entered my vessel.”

The League of Lady Wrestlers, a non-hierarchical and anti-oppressive wrestling league, was originally started in Dawson City, Yukon, by wrestler Big Jody Mufferaw. It was created as an alternative to traditional professional wrestling and seeks to subvert the gender stereotypes that mainstream wrestling exploits. Today, sister leagues exist in both Toronto and, most recently, Montreal.

LOLWM had their first performance last May at the Société des arts technologiques after a year of preparation. The league’s performers consist of female-identifying wrestlers who celebrate feminine identities; however, everyone regardless of gender is invited to participate within the group by working with music, sound effects, props, training, and scripting. Members create their own characters, and use the ring as a space for positivity, creativity, and conflict resolution.

Lilac Poussez, who is performed by Hannah Morrow, a LOLWM wrestler, told her genesis story to The Daily. “I myself was born on the planet Venus as it’s been named by earthly human scientists,” she said. “I named myself Lilac when I made my way to Earth and for the first time encountered this thing called struggle. […] The lilacs embraced me and I heard this beautiful word in the language of français – the imperative of push, ‘poussez,’ which also sounds like pussy. I made that my last name, because I want to push.”

Unlike Princess Ula, who says that the “ancient art” of wrestling is “in [her] blood,” Poussez was not so sure about the whole thing at first.

“Physical combat wasn’t something that really appealed to me,” she explained. “I slowly [became] open to it once Princess Ula and I met in the forest and developed this friendship.”

This past Saturday, Poussez, Ula, and the LOLWM women took part in Ladyfest Montreal, a festival dedicated to celebrating female comedians. Working in collaboration with Women in Comedy Montreal, they held a workshop titled “Put Doubt In a Chokehold,” which worked on confidence and character building through different creative exercises.

Confidence-building workshops might seem unusual for a wrestling league, but Poussez and Ula both see the sport as therapeutic.

“I’m a very physical being. I think that by tackling someone you really get to know [them],” said Ula. “Especially if you wrestle them with care because wrestling is all about the safety of you and your partner. That’s what we believe in – not so much combat fighting in order to hurt someone, but [rather] to figure things out physically.”

“Sometimes it’s incredibly personal, as well,” Poussez added. “Sometimes challenging someone to a match is a very intimate thing.”

John Jacob Courtney, one of the musicians who composes soundtracks for the wrestling matches, agrees.

“Wrestling isn’t really a performance,” he told The Daily. “It’s more of an intimate relation, an amazing struggle and dance. It’s an incredible thing to watch and to create these universes for, these microcosms of sound.”

“I chose [LOLWM] as [a way] to deal with the oppression and conflict in my life. As an artist, I was always trying to find a medium to cater to my activist side. […] The answer for me is wrestling.”

Stasilowitch, Ula’s alter ego, initially studied at a pro-wrestling school, only to find out that it wasn’t a good match for her. She decided that instead she would start her own league.

“It’s been a struggle,” said Stasilowitch, now out of character. “Wrestling is a very male-dominated sport. I just felt very pushed away, […] but it only made me stronger, it fueled my fire to get me where I am.”

“I never would’ve imagined that I would get involved with a wrestling ring,” added Morrow, also out of character “But the very strong element of artistic flare, the fantasy adventure story aspect […] that’s what drew me as a performance artist.”

The members have all gone through training to explore their dramatic sides and develop these characters.

“Everyone involved with this project has an incredible imagination. The group is constantly surprising and astounding to me,” Morrow said.

“We provide a space that’s safe for expression, we don’t stop anyone from exploring and we’re very open to processing together. We’re just a big family,” Stasilowitch added.

The radical reimagining of pro wrestling not only applies to the star wrestlers but also to the villains they face. One of the main evil characters is the misogynist Massimo Pop, described by Ula and Poussez as “odious, and angry,” always “mansplaining,” and putting down the women wrestlers. Dressed in sportswear and shades, he is quickly taken down by the lady wrestlers during matches.

This on-stage critique of sexism and misogyny is informed by Stasilowitch’s lived experience. “I chose [LOLWM] as [a way] to deal with the oppression and conflict in my life,” she explained. “As an artist, I was always trying to find a medium to cater to my activist side, and make a difference with a positive message, especially with [regard to] female strength and equality in combat sports. The answer for me is wrestling.”

Active resistance is in fact a core part of the LOLWM manifesto, which Morrow read out in part to The Daily: “We are agents, yet we are a heterogeneous group with identities and lived experiences that are all different, visibly or invisibly. These differences inform our own personal experience of subordination. We will not imagine a resistance that is not rooted in such differences.”

Morrow went on, “It is a mutual learning and empowerment. Resistance and reimagination are simultaneous: Resistance as active engagement with current liberation movements, and as the work to free our minds and spirits from the weight of our own experiences of oppression.”