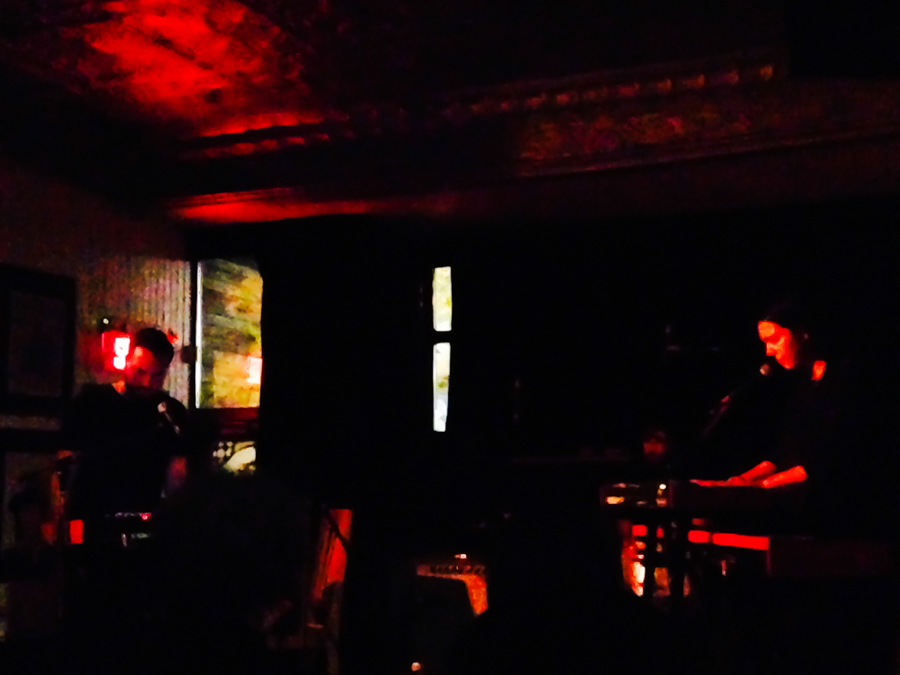 Opening for the rowdy and rambunctious Nancy Pants, Montreal’s KROY took the stage at Casa del Popolo for a calming set of warm synth textures, giving the crowd some room to breathe amid the packed lineup of bands. Though KROY is a solo project of vocalist/synth player Camille Poliquin, she was accompanied by a second synth player and a drummer for her Passovah performance, allowing for a full sound that swept over the whole room.

Beginning with the third track of her Birthday EP, “River,” Poliquin’s wistful, almost haunting vocals drifted over the song’s swelling synths – until she suddenly switched into an impressive high belt with palpable force. Poliquin’s voice has the unusual quality of being both immediately recognizable and malleable. The way she alternated between breathy and hard-hitting vocals called to mind Lowell, another talented Canadian vocalist and songwriter.

Her stage presence, however, could not be more different from the quirky and excitable Lowell. Poliquin barely engaged with the audience throughout her 45-minute set, instead letting the emotion in her vocals do the talking.

The songs themselves didn’t always  quite come together – the live mix of synth sounds sometimes seemed off, with certain samples sticking out awkwardly from the otherwise enveloping ambience. Some songs were almost too engulfing for a live performance, the small nuances in the layers hard to appreciate amidst a talkative audience. But KROY were not thrown by the loud crowd, and a performance of the EP’s title track, “Birthday” demonstrated particular concentration and passion.

KROY, while not yet seasoned performers like some of the acts they shared the stage with, certainly have the potential to evolve into a captivating electronic act. And that, perhaps, is the true value of Passovah, a small festival that provides a platform for new, independent artists to explore their potential – as opposed to a festival like POP, which features many of the same artists, but in an oversaturated lineup.

The trio closed with the opening song on Birthday, “Monstrosity.” It was an uplifting change – despite its title – from the rest of their sweetly sad tracks. As Poliquin sang “tell me that the night is over,” she allowed herself a sole smile – and it lit up the stage.