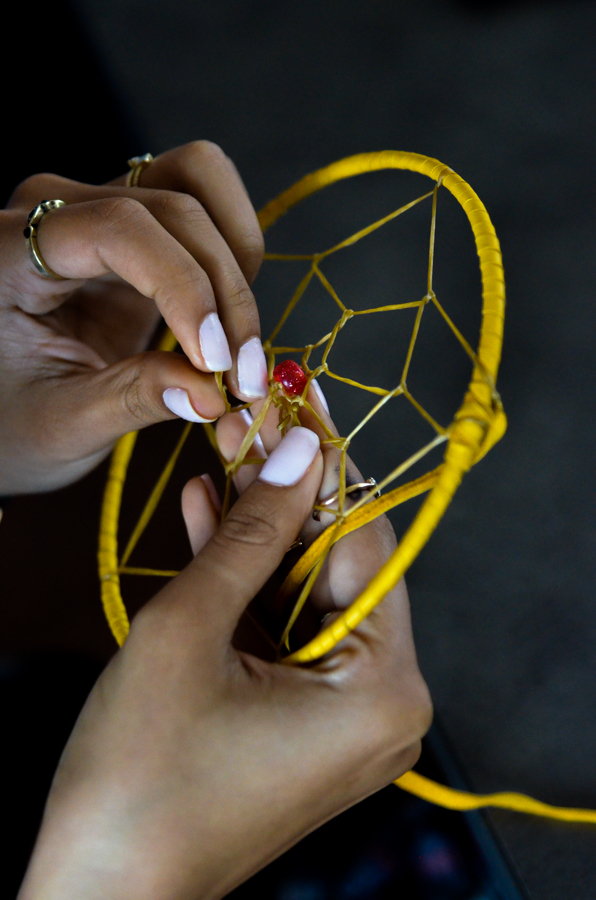 From September 21 to 25, the Social Equity and Diversity Education (SEDE) office hosted McGillís annual Indigenous Awareness Week. During the week-long series of events, participants honoured and celebrated Indigenous cultures in McGill and beyond, with the aim of increasing awareness. Events included a speech by Truth and Reconciliation Commissioner Marie Wilson, a Kairos blanket exercise, dreamcatcher making workshops, and much more.

Indigenous women have not failed their resistance

On September 24, organizers of Indigenous Awareness Week held a symposium on the gendered nature of colonialism and activism by Indigenous women, featuring a talk by Audra Simpson, a Mohawk woman from Kahnawake.

Simpson is a professor of anthropology at Columbia University, and author of Mohawk Interruptus, a book about the struggles of Mohawk people in so-called Quebec to maintain political sovereignty. At the talk, Simpson shared one of her new articles, which describes the way society overlooks the Indigenous movements which are organized and led by Indigenous women.

The catalyst for Simpson’s article was a 2004 interview with Yasser Arafat, former leader of the Palestinian Liberation Organization, who said Palestinians “are not red Indians,” implying there might actually be hope for the Palestinian struggle against colonialism, whereas colonialism has triumphed over Indigenous groups in the U.S. and Canada. This idea that Indigenous groups have bowed down to colonial forces and are no longer capable of effective resistance, Simpson noted, is commonly held, but is also completely false, and stems from a broader lack of understanding of Indigenous histories and societies.

Simpson described how colonialism is known only by “inaccurate and heroic versions of what is fundamentally a dispossession – a scene of stealing.”

Simpson also described how colonialism is known only by “inaccurate and heroic versions of what is fundamentally a dispossession – a scene of stealing.” She explained how the concept of sharing, perpetuated by stories such as those told at Thanksgiving, paint a picture of equality and camaraderie between settlers and Indigenous peoples, hiding the betrayal of Indigenous nations and the “dismembering violence and wars that raged on for hundreds of years.” Simpson also noted how the treaties between Indigenous peoples and Canada can create the semblance of a consenting relationship between the state and Indigenous communities, which does not do justice to the realities of their tortured and oppressive relationship.

Simpson argued Indigenous peoples have not failed in their resistance of colonialism, and “persist with their sovereignty intact in spite of the grinding historical and political process of settler colonialism.” Groups such as the Sioux have not only been resisting colonialism for centuries, but have continued to militantly defend their territories, saying they will under no circumstances allow the Keystone XL pipeline to pass through their lands. Simpson also noted that Indigenous women spearheaded the movement to raise awareness about missing and murdered Indigenous women and play a central role in Indigenous resistance.

Rachel Baker, a French language and literature Master’s student said, “[Simpson] has an ability to frame the issues in a context that is just not available to me as a non-Indigenous woman, and also I certainly don’t have her level of scholarship either. It definitely informed me of the larger contexts.”

The symposium was co-hosted by the the Institute for Gender, Sexuality, and Feminist Studies (IGSF). “For us at IGSF, this is not a one-off – this is the start of something that we want to commit to and we want to hear like a beat over the course of the year and over the course of years to come,” a representative from IGSF said during the talk. She noted that IGSF will be offering a course on Indigenous feminisms in the upcoming Winter 2016 semester.

The seminar “Reflections on the Truth & Reconciliation with Aboriginal People” took place on September 23. It was facilitated by Michael Loft, a member of the Kanien’kehá:ka (Mohawk) community of Kahnawake and an academic associate at the McGill School of Social Work.

Loft is an intergenerational survivor – his father, Mitchell, attended a residential school for 11 years, followed by Loft, who also attended an “Indian Day School” for three years. At the event, Loft shared his personal experiences of overcoming challenges despite spending his childhood at an Indian Day School. He also spoke on how “respect, responsibility, and cooperation can work” to achieve reconciliation.

Loft described residential schools as “institutions of cultural and linguistic genocide, leaving survivors with no education and emotionally unattached to endure the abuse inflicted upon others and themselves.”

“Even after coming out [of the residential schools], love is so deeply buried in your soul, [it doesn’t] come out right half the time. All you’re left with is the feeling of shame, fear of authority. How do you be cool in a situation like that?” Loft said.

At the seminar, Loft spoke on the significance of the Truth and Reconciliation Commission (TRC) as an attempt to understand history, despite it being emotionally draining for the survivors, who have to relive their experiences.

“Even after coming out [of the residential schools], love is so deeply buried in your soul, [it doesn’t] come out right half the time. All you’re left with is the feeling of shame, fear of authority. How do you be cool in a situation like that?”

He showed the audience a poem titled “Monster” written by Dennis Saddleman, a survivor who attended a residential school for seven years.

In the poem, which Saddleman read at a TRC gathering in Ottawa, he compares his residential school experience to a monster that took away his native culture and childhood.

In addition, Loft told the audience reconciliation between Indigenous people and Canadians, although an inevitable process, can only be reached by honouring past treaties and through mutual respect.

Loft said, “There has to be a responsibility somewhere to set that right. […] Let’s settle something. Deal’s a deal.”