The dangers and unnecessary costs of large sporting events 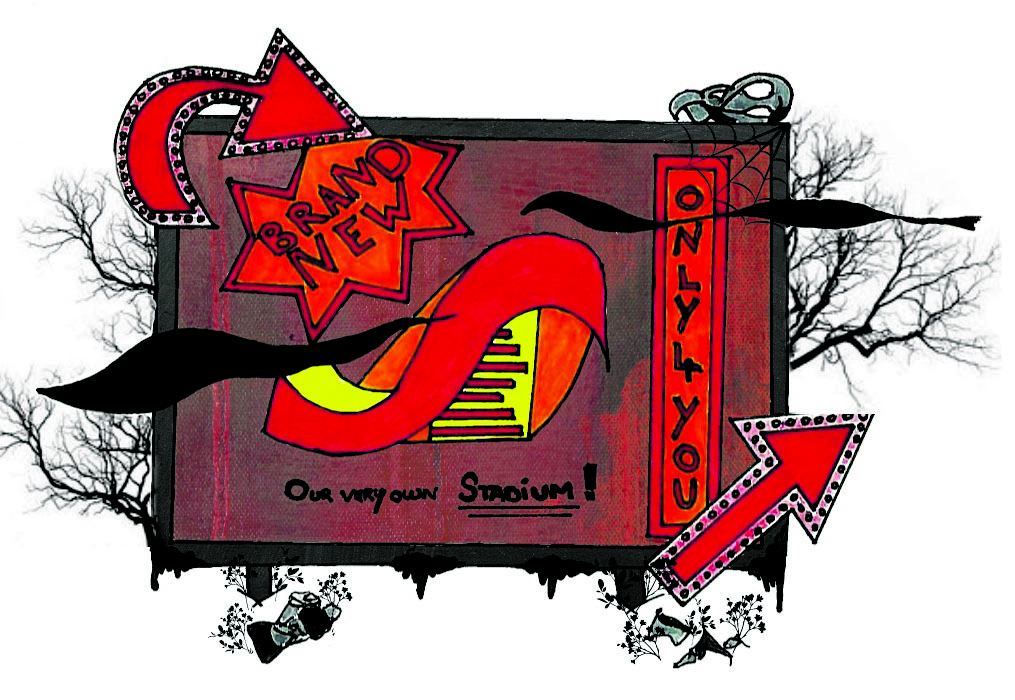 From November 30 to December 11, the 21st annual Conference of Parties (COP21) to the United Nations Framework Convention on Climate Change (UNFCCC) will take place in Paris. It will reunite the representatives of more than 190 countries, 18 years after the signature of the Kyoto Protocol. As current agreements on greenhouse gas emissions will run out in 2020, a new agreement needs to be produced to prevent a 2-degree Celsius temperature rise from pre-industrial levels, which would lead to a catastrophic and irreversible situation. While some states do appear to be concerned about a potentially upcoming ecological disaster, this is not the case for major sporting institutions, like the Fédération Internationale de Football Association (FIFA) or the International Olympic Committee (IOC): money and financial benefits seem to outweigh the ecological and social consequences in their considerations.

Hosting sporting events can be a great way of demonstrating power as it shows national pride and can often be used as a political tool. However, the high cost of olympic glory comes at the expense of the environment and causes irreparable ecological damage. In 2022, Qatar will host the soccer World Cup, which will be, environmentally speaking, a disaster. This country has no stadiums: it will have to build all of them from scratch, by importing materials that cannot be found in this arid region. Qatar consists, for the most part, of sand deserts. Temperatures can reach 50 degrees Celsius in the summer, making it physically impossible for players to play. There are two solutions to this issue. The first would be to build air-conditioned stadiums. The amount of energy and water necessary would simply not be feasible, as the temperature of stadiums containing more than 40,000 people would have to be reduced by more than 20 degrees. To move the event to the winter, according to Jerôme Valcke, ex-FIFA Secretary General, is the better option. He said that playing the “2022 World Cup during the summer would be nonsense, given the climatic conditions in Qatar during the summer months”.

The 2014 Brazilian World Cup was also subject to controversy. The stadiums were built so far apart that air travel was necessary for moving between the stadiums. This World Cup was the most polluted in history with the emission of 2.72 million tons of carbon dioxide, which is three times more than the amount emitted in the 2006 German World Cup.

Corruption prevents any progress toward environmentally sustainable sporting events and thisis not exclusive to FIFA. Although, the IOC has an environmental agenda and collaborates with the United Nations Environment Program, it is obvious that sustainability is not a top priority. Environmental regulations for host countries are relaxed to allow the games to continue. For example, the legislation that protects national forests and fragile ecosystems is often bypassed to allow construction for the games; this was witnessed, for example, in the 2014 Sochi Winter Olympics.

The 2014 […] World Cup was the most polluted in history with the emission of 2.72 million tons of carbon dioxide, which is three times more than the amount emitted in the 2006 German World Cup.

The high cost of this edition of the Winter Olympics is mostly due to corruption in Russia, which further shifted the priority away from creating a sustainable sporting event. In fact, during the race to finish the construction in time, many environmentalists who voiced concerns were detained by the government. These enormous costs of the event also included the destruction of of an ornithological park, a protected natural space that was composed of fragile wetlands and 65 bird species, to build the Olympic Park. The biodiversity of this ecosystem was irreversibly damaged.

Beijing will host the 2022 Winter Olympics, making it the first city to ever host both the Winter and the Summer Olympics. Environmentally, this event will be once again disastrous, despite Beijing’s promises to limit its environmental impact. Not only is the air already polluted in the city, but it also has a low altitude and not enough natural snow to host the event. Skiing events will take place 90 kilometres away from the city’s center, in Yanqing. The snow is bound to be artificial and will be have to be used in large amounts. Yanqing is right next to a natural reserve, putting at risk its preservation. While artificial snow is again going to to have to be used in large amounts, the lack of water resources could lead to a drying up of the densely populated region, which could have dramatic consequences, not only on the environment, but also on the people.

Host countries of major sporting events share a common goal: to show off their power and economic development by bringing their country into the spotlight. States and major sporting organizations purport to be concerned for the environment but they continue to invest huge amounts of money in environmentally unsustainable events. Drastic changes need to occur if we want to save our planet. Unequipped states should be given more time to build stadiums, therefore reducing the intensity of pollution. The Winter Olympics should be hosted by cities where it actually snows. If we continue down the same road, the environment will be irretrievably effected leaving our planet in a miserable condition for future generations.