Of costume and conflict 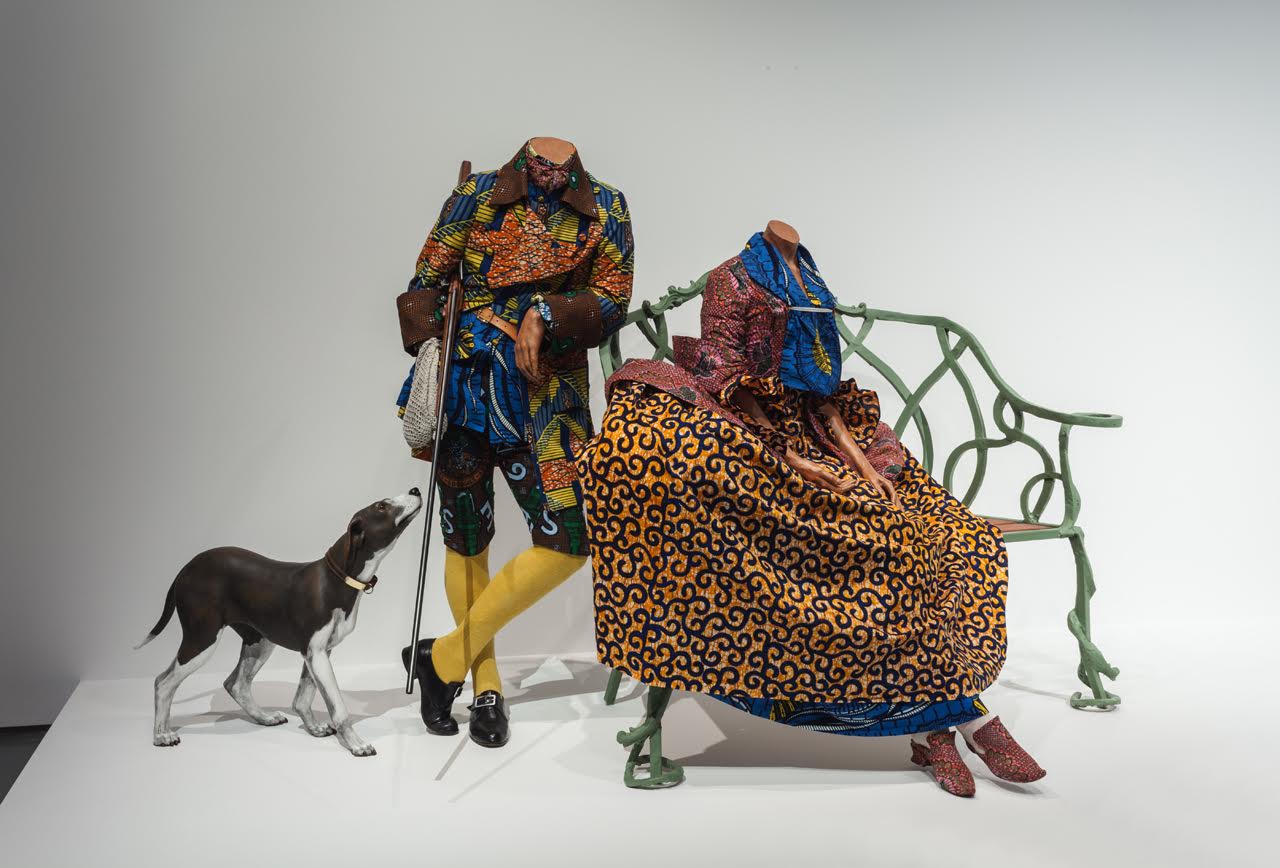 A Yinka Shonibare piece can be identified almost immediately. The London-born Nigerian artist is well-known for his routine use of Dutch wax fabric as a symbol of cultural (in)authenticity and for his style of restaging famous paintings of Western art history, combining theatre with postcolonial thought.

The exhibition “Pièces de résistance,” currently on display at Montreal’s DHC/ART Foundation for Contemporary Art, showcases all of these quintessentially Shonibare elements. At the core of the exhibition is a message about identity – with all of its hybridity, flexibility, performativity, and instability – particularly in the context of colonization.

The key to reading Shonibare’s art lies in the Dutch-wax fabric, used consistently in the majority of the works on display.

“Pièces de résistance” picks up on the conflicted relationship between different identities and histories and engages in dialogue with the West. The photographs, paintings, films, and sculptures in the exhibition are tied together by references to famous works of Western art, including paintings by Manet, Géricault, and de Goya, as well as to famous figures in Western history, such as the German philosopher Kant and 19th century British naval commander Horatio Nelson.

The key to reading Shonibare’s art lies in the Dutch-wax fabric, used consistently in the majority of the works on display. The vibrant fabric, appropriated by Dutch merchants in the 19th century from the Indonesian batik tradition, was produced in Europe and traded in West Africa. Today, it is closely tied to the visual landscape of West Africa and is a defining feature of how the West conceptualizes ‘Africanness.’ Shonibare’s purposeful use of the fabric demands viewers to recognize the far-reaching effects of colonialism and interact with that reality.

Throughout the exhibition, the fabric is used to dress various figures. In Fake Death Pictures, Shonibare stages Nelson’s death(s) in a series of photographic prints that allude to classic death scenes in Western paintings. Nelson wears a colourful, Dutch-wax fabric uniform, a metaphor for the complex material and colonial relations in which he participated.

The exhibition invites viewers to engage with the politics and poetics of the postcolonial condition while resisting a totalizing interpretation.

This series is accompanied by The Age of Enlightenment – Immanuel Kant, a sculptural piece in which the philosopher is rendered headless with brown skin, subverting his race and identity. Dressed in the trademark fabric, Kant sits at his desk, surrounded by mathematical and analytic tools, in a commentary on the limits of the so-called ‘pure rationalism’  historically used to justify colonial conquests.

When Shonibare’s pieces do not involve human characters, the signature fabric is employed in other ways. It is used as the sails of La Méduse, a large-scaled photo piece that recalls The Raft of Medusa by Géricault. Shonibare’s work reminds viewers of the ship’s imperialist mission to retake British-occupied land, a mission often masked by romantic accounts of scandal.

The systematic use of the fabric continues into the film works. In Odile and Odette, Shonibare takes from the ballet classic Swan Lake to draw  attention to the black/white binary. Two dancers, one Black and one white, mirror each other’s movements in front of an empty frame, revealing the mechanisms of the binary relation, as the meaning of one always depends upon the meaning of other.

In a rich play of intertextuality, “Pièces de résistance” leaves questions open and identities unsettled. The exhibition invites viewers to engage with the politics and poetics of the postcolonial condition while resisting a totalizing interpretation.

“Pièces de résistance” is on display at the DHC/ART Foundation for Contemporary Art until September 20. Admission is free.