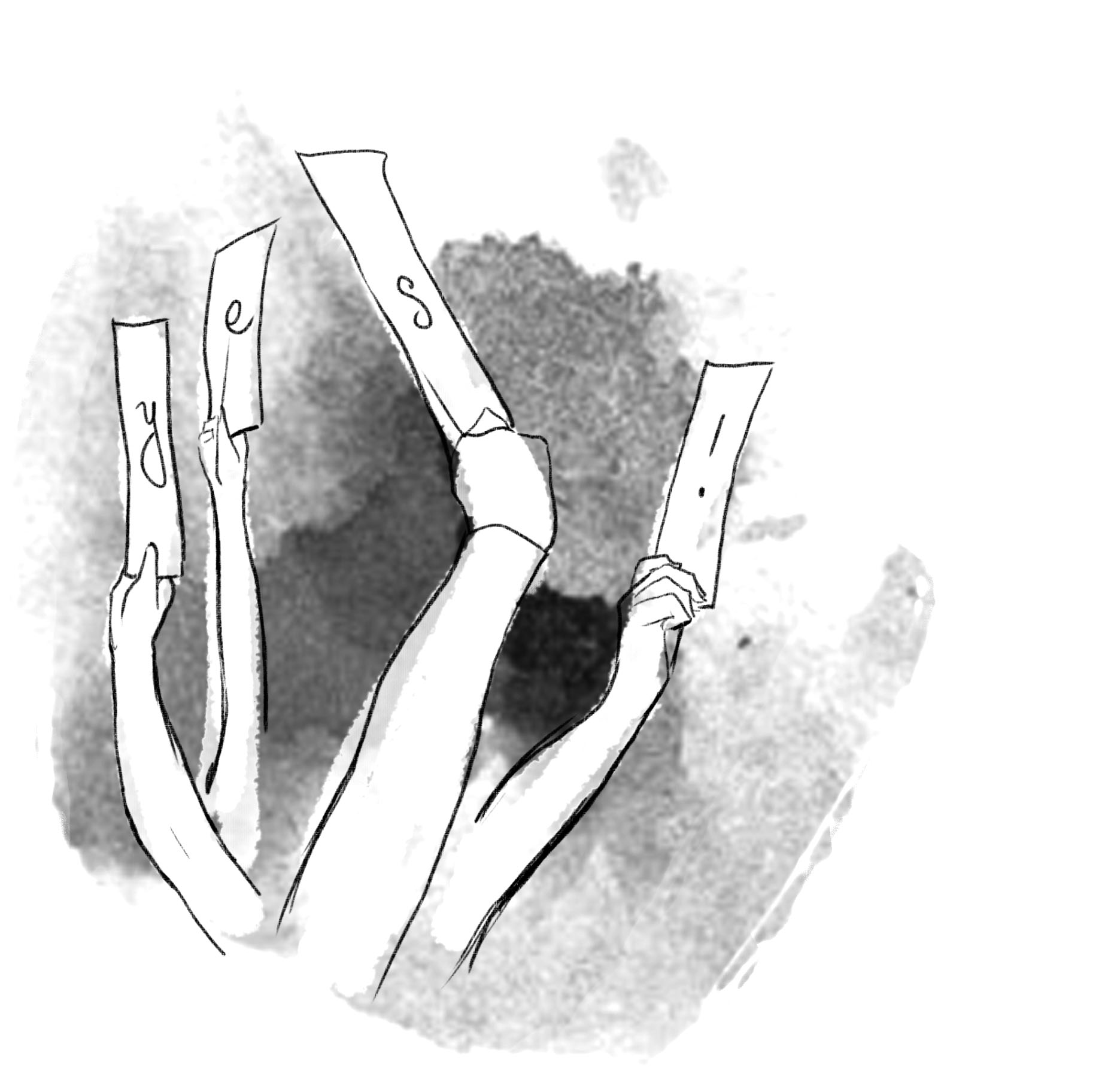 The Winter 2015 Students’ Society of McGill University (SSMU) General Assembly (GA) will take place on Sunday, March 15. Although it’s on the weekend, it’s crucial for students to attend and to make their voices heard. The Daily is especially excited that debate on Palestine is back on the table, and to see a move to renew SSMU’s existing policy on accessible education, which is set to expire in September 2016. Maintaining a stance of neutrality is an implicit endorsement of the status quo, which perpetuates the injustices these motions aim to fight.

When this motion was originally brought before SSMU in the Fall 2014 GA, the Occupy Central student protests in Hong Kong were at their height, showing the world the outrage of students against the Chinese government’s inference in not allowing Hong Kong to to elect its own leaders. These protests shed light on the unjust suffrage in Hong Kong, and the effects this can have on a population. The Daily endorses a “yes” vote on this motion, because SSMU is mandated to take a stance against oppressive practices such as these, and because, as students, it is important for us to stand in solidarity with other students around the world who are protesting for democracy at great risk to themselves. Even though it would have been preferable to have this motion passed at the 2014 SSMU Fall GA, The Daily agrees with the decision to postpone the motion at that time, as it was rushed, not advertised to the student body, and did not consult affected students. In its current form, the motion is betther thought out. Most importantly, the struggle for self-determination is always relevant, warranting our “yes” vote.

Motion Regarding the SSMU’s Policy on Accessible Education – YES

Accessible education is a human right, and we must stand in solidarity with other students in Quebec who are fighting for it via strikes as well as by other means. With that in mind, this motion would endow SSMU with a renewed policy regarding accessibility to post-secondary education, mandating SSMU to oppose any mechanism or legislation for a potential non-consensual tuition hike for all students – Quebecois, Canadian, and international alike – and to work with other Quebec student associations toward that goal. The motion would further reiterate SSMU’s mandate to mobilize against the Liberal government’s austerity measures and university budget cuts, and would also concretely mandate it to oppose all tuition increases for any of its members – this is important in the context of the administration’s push for international tuition deregulation. This motion is a step toward ending McGill’s relatively conservative stance on this important issue compared to the rest of the province. As such, The Daily endorses a “yes” vote.

If passed, this motion would mandate the SSMU president to lobby the McGill Board of Governors to divest from companies profiting from the illegal occupation of Palestine. It would also require the SSMU executive to educate students about the position on divestment, and to mobilize the McGill population through the office of the VP External. The Daily supports a “yes” vote on this motion, because divestment is an important symbolic act of solidarity with Palestinian civil society. In the Fall 2014 SSMU GA, students voted to indefinitely postpone a motion calling on SSMU to condemn the occupation of Palestinian territories; critics argued that the motion was too far removed from student concerns. Yet while McGill profits from the occupation, students are directly complicit, and The Daily welcomes the opportunity for the student body to take a definite stance on the issue. By voting “yes,” students would send the message that McGill’s complicity in the occupation is not in their name.

Features editor Joelle Dahm was not present for, or involved in, the discussion and endorsement of this motion, as she is a member of McGill Students in Solidarity for Palestinian Human Rights (SPHR).

Unpaid internships exacerbate existing social inequalities because they are restricted to those who can afford them. They allow organizations seeking to increase profits or cut costs to commit wage theft, and are illegal in Quebec, with some exceptions. This motion, put forward by New Democratic Party (NDP) McGill, calls on SSMU to take a stance against unpaid internships and to oppose their promotion and circulation by the University. It further opposes the common practice of students paying full tuition to McGill for credits earned working for a third party. In addition, if passed, SSMU will no longer recognize student groups or clubs that promote unpaid internships. The Daily strongly supports fair wages for internships, and endorses a “yes” vote on this motion.