How the environment can affect gene expression 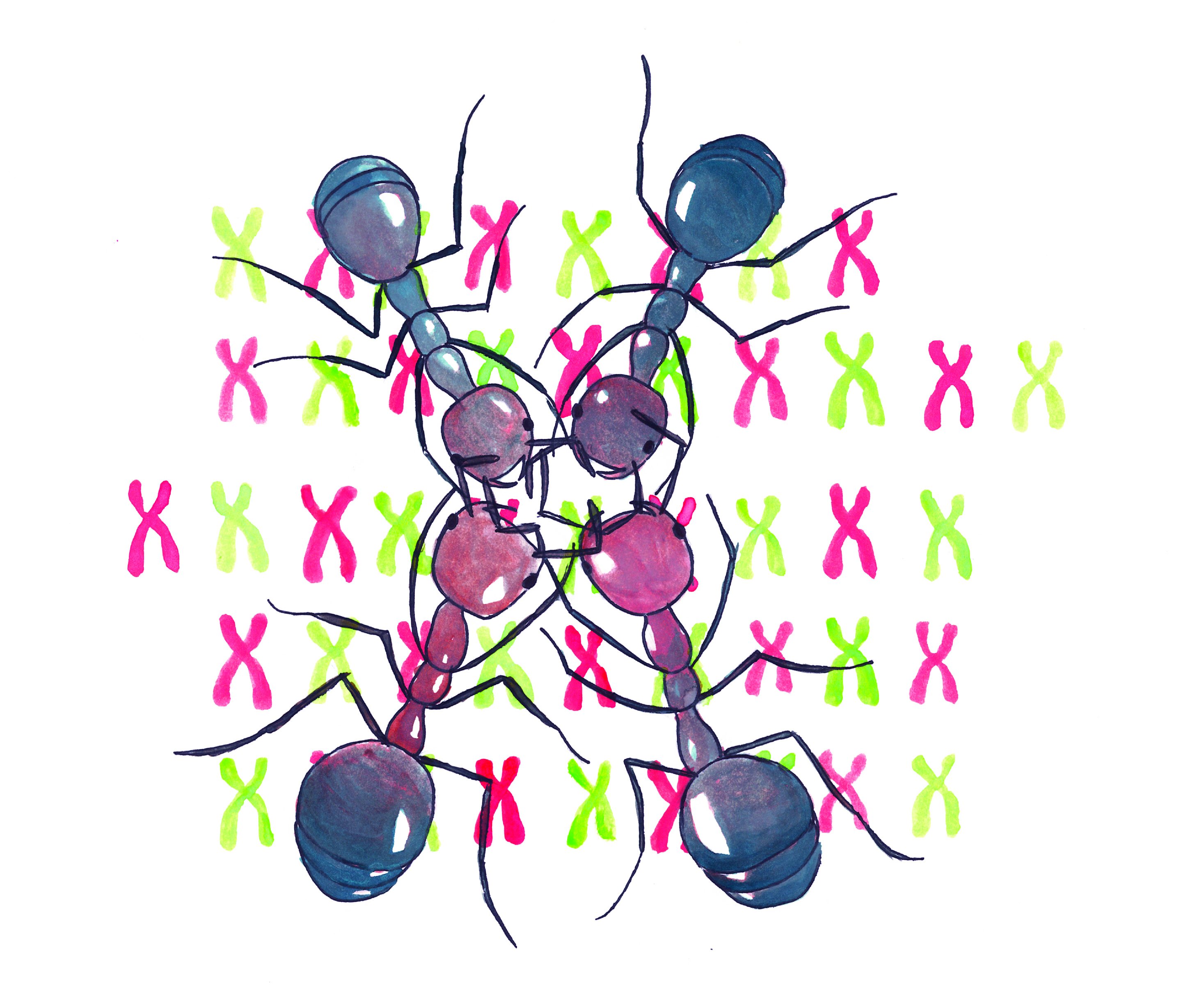 Imagine a single gene that could dial your height up and down, like a dimmer switch on a lamp. This may sound far-fetched, but McGill scientists have found a gene like this in the Florida carpenter ant.

By modifying the epidermal growth factor receptor gene (EGFR), which encodes a cell-surface receptor protein that regulates cell growth, the scientists, led by Ehab Abouheif and Moshe Szyf, were able to generate a spectrum of ant sizes varying from 1.6 to 2.5 millimetres in length. Through a process called methylation, they altered the amounts of chemical coating on this gene, changing its accessibility to proteins and leading to differing levels of gene expression among the ants. Interestingly, the ants with the lowest level of gene expression were the largest in size.

“The gene sits at the top of some sort of cascade,” Abouheif told The Daily in an interview. Modifying EGFR affected other genes involved in growth, leading to the correlation observed between ant size and methylation.

These results have implications that extend far beyond the dimensions of insects. If size can have a single, all-controlling gene, it’s possible that other traits could as well, from obesity to cancer proclivity. “If you could find those genes, you could dial things up or down, no matter the trait,” said Abouheif. Indeed, the EGFR gene itself is known to be involved in many types of cancers, and it’s observed throughout the animal kingdom. “We’re just at the beginning,” said Abouheif.

This breakthrough wasn’t the beginning for Abouheif, though. In 2012, he led a team that was able to environmentally induce the development of ‘supersoldier’ ants, unlocking genes that had laid dormant for millions of years. With giant heads and huge mandibles, the oversized ant ‘supersoldiers’ are appropriately named. This rare phenotype occurs naturally in some species, but the scientists were able to create it in species that normally lack the phenotype by applying hormones to the ants at crucial developmental stages.

“You’ll find [natural] anomalies where whales will have hind legs and birds will have teeth,” Rajee Rajakumar, a former PhD student at McGill and the lead researcher in the study, told the Daily. The scientists believe that these types of irregular body plans represent phenotypes that are locked within the genome, remnants of a time when they were necessary. They remain accessible in the presence of the right triggers, allowing for the release of new (or perhaps, old), potentially adaptive characteristics in the event of drastic environmental changes.

“They’re a throwback to ancient traits basal to the group,” explained Rajakumar. According to him, this research could potentially be used as a means to evolve novel traits, or variations on the themes of these traits. Right now, Rajakumar is working on postdoctoral research at the University of Florida, hoping to extend his PhD research on ants to vertebrates. Although he’s working with sharks and chickens now, he still thinks ants are an incredible model organism. “Studying them can lead to fundamental insight into all animals.”

At first glance, the significance of ants as a model organism may not be obvious, but their unique sex determination system actually makes them an excellent model for the study of genetic mechanisms. Female ants are diploid, with two sets of chromosomes, whereas males are haploid, with only one set. Thus, when ants reproduce, female offspring receive half of their mother’s chromosomes and the entirety of their father’s genome. The half that’s passed on from the mother varies from daughter to daughter, but each daughter receives the same genes from their father, so on average, sister ants are genetically 75 per cent similar. Thus, variation among sister ants is harder to attribute to genetic differences, which makes them an excellent model for the study of epigenetics, or the effect of the environment on genes.

As the research from the Abouheif lab shows, the environment is key in regulating genetics. “The environment and genes contribute equally and you can’t tease them apart,” Abouheif explained. Everything from our early childhood experiences to the food we eat for breakfast can potentially alter the way our genetic code manifests. As research into the field of epigenetics continues to advance, scientists are coming closer to harnessing this potential, which could lead to innovative treatments for epigenetic diseases such as cancer and perhaps even a slow aging in the future.