Factions of the left, unite!

The divide between identity and class politics is misguided 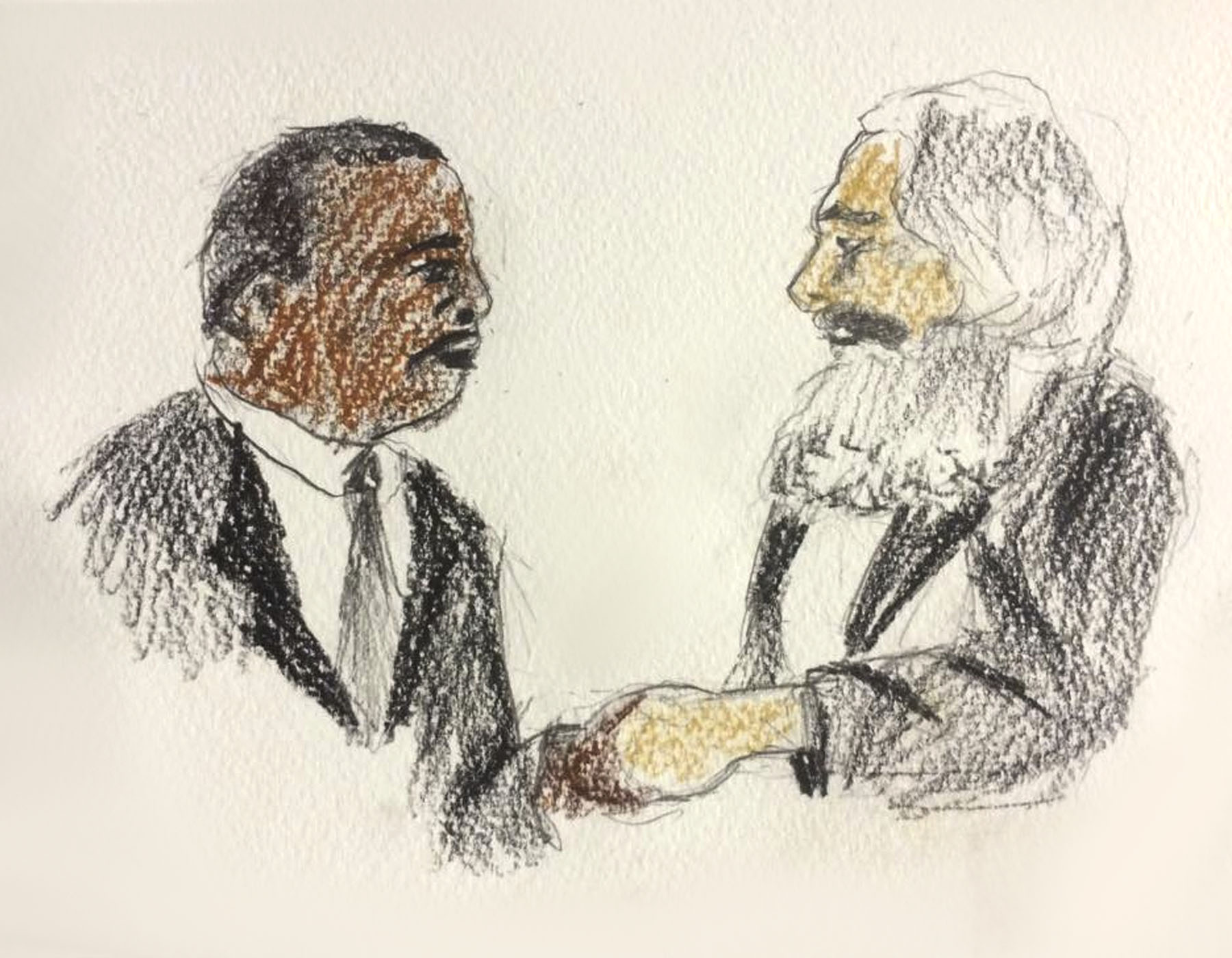 Rising income inequality across the world suggests that we increasingly need class-based movements. These movements already exist, of course, but they are often criticized by people concerned with identity politics (or individual oppression) for ignoring other inequalities. This rift between class politics and identity politics is unnecessary. Activists from both schools of thought need to put aside their differences and collectively fight to break down all structures that oppress and exploit.

The ‘universal classism’ of traditional Marxism assumes that the proletariat has one uniting interest, and that is its economic exploitation as a class. Class divisions are absolute, because one’s economic status can be easily defined. However, proponents of identity politics argue that class universality is a flawed concept: it ignores the intersection of a myriad of other factors that contribute to varying degrees of social alienation.

Identity politics, then, are tied to the concept that one’s identity, such as one’s gender, race, sexuality, or other attributes, can make one particularly vulnerable to oppression. With the emergence of large-scale political movements in the latter half of the twentieth century, such as the civil rights movement or LGBTQ movement in the U.S., identity politics have come to encompass a large range of political projects that are based on providing support to marginalized groups. The driving force behind identity politics is the need to correct the injustice of the dominant culture’s alienation of marginalized groups, through raising consciousness about their communities. The ultimate aim, though, is to ensure the safety of these groups, and end their marginalization.

The rift between class politics and identity politics is unnecessary. Activists from both schools of thought need to put aside their differences and collectively fight to break down all structures that oppress and exploit.

However, much debate surrounds what defines ‘identity.’ There are questions on whether focusing on individual oppression in fact isolates people from each other, making it easier to exploit and discriminate.

Class struggle, meanwhile, focuses on economic justice and labour rights for the working class; though there are different definitions for what that means. Previously, the working class referred to the “industrial proletariat, employed in large-scale factory work,” according to Jacobin, a socialist magazine. The term ‘working class’ as it’s used today, though, is broader. It generally refers to people who earn low wages, as well as the cultural signifiers associated with low wages.

Proponents of class-based politics, though, are often criticized for not taking different identities into account. Typically the ‘working-class member’ that these activists refer to is really a white, working-class man. And even though they are working-class, white men such as these benefit from structural privileges that many other groups don’t.

Class, just like every other type of identity such as race, gender, and sexuality, is interwoven in the web of inequality and oppression.

Similarly, identity movements have been criticized for disregarding class differences. For instance, second-wave feminism has been criticized as primarily emphasizing the needs of upper middle-class women, and not properly considering class in their analysis of social oppression.

But class can also be analyzed through the lens of identity politics, because class distinctions are often correlated with such distinctions of race, gender, sexuality, and so on. However, many still see class and identity as separate. This is in part because some intellectuals, like Barbara Ehrenreich, still defend a universal class identity. Along these lines, class analysis is more extensive than identity analysis; class politics dissolve identity issues.

There is divide and distrust between the two sides of leftist politics, and sometimes it seems that supporting one side is to the detriment of support for the other. This shouldn’t be the case. Class, just like every other type of identity such as race, gender, and sexuality, is interwoven in the web of inequality and oppression. Furthermore, there is value in analyzing economic exploitation in broad strokes. Each mode of analysis is influential on the other, and trying to combat exploitation and oppression separately is not an effective tactic. Neither class nor identity should take priority over the other.

Class movements mobilize based on people’s relation to the economy, whereas identity movements fight against individualized oppression that stems from social structures.

“It’s important to recognize that these struggles are not in a zero-sum relationship with one another,” writes Kevin Carson, a senior fellow at the Center for a Stateless Society, a left-wing think tank. “They are complementary and cumulative. It is not a distraction from the racial and gender justice struggle to put a special focus on the needs of the economically oppressed. It is not a distraction or detraction from the struggle for economic justice to address the needs of workers of colour or of women, gay, and transgender workers. Just the opposite. It creates a positive synergy.”

In fact, recognizing both class and identity struggles would be the opposite of a zero-sum relationship; the value in harmonizing both would result in more than a sum of the parts. Both types of politics are complementary because, in effect, they do different things. Class movements mobilize based on people’s relation to the economy, whereas identity movements fight against individualized oppression that stems from social structures. People can be oppressed both as a member of a class, and a member of an identity group. It’s important that both movements recognize the importance of the other.

Indeed, trying to abolish economic exploitation is futile without acknowledging how that is experienced differently through different identities. Carson refers to the ‘divide and conquer’ strategy used by the ruling class to point out that creating divisions between classes and identities only weakens dissent to the status quo. Presenting a unified front has long been a problem on the left, but doing so is crucial; otherwise, groups become atomized, and the ability to affect change through collective actions is weakened. To build true solidarity that has power, all those who are disadvantaged must be considered. Strengthening the power of those who are the most oppressed – whether economically or individually – will strengthen collective power as a whole.

Subhanya Sivajothy is a U2 Biology and English Literature student. To reach her, please email subhanya@gmail.com.