Can modesty be a feminist choice?

Overcoming the gaze of the patriarchy 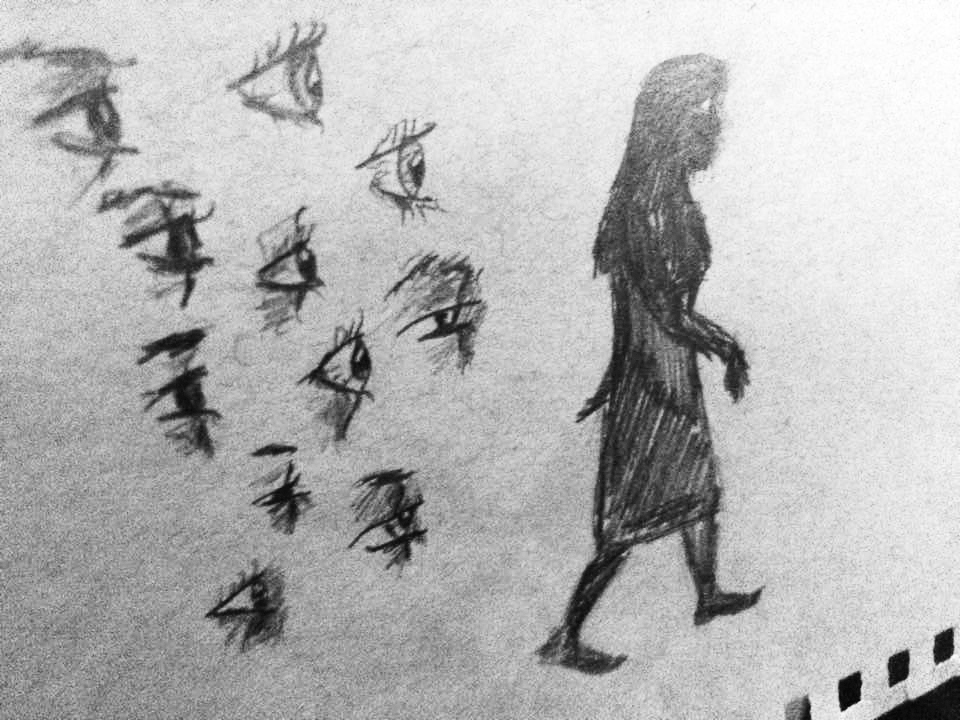 By the time I finally bought my first bikini, I was 16 years old. As a chubby kid who had grown into a young adult with a curvy figure, I had never felt that my body deserved to be seen. I grew into a tendency to hide myself under baggy jeans and shapeless one-piece bathing suits until my body grew into something that I thought society would approve of. Once it did, I felt proud to parade it around in all of its glory. After all, I had made it. I was part of the club.

A year ago, when I began to live my life in a manner that more closely followed Jewish religious observance, I tweaked my dress to appear more modest. I began to scan store aisles for knee-length black skirts and long shirts with a high neckline instead of short shorts and miniskirts. I had mixed feelings about my new, self-imposed dress code. I personally loved the way my body felt in the modest clothing, the way in which the clothes that I chose covered me while simultaneously flattering my figure. I also appreciated the manner in which the dress code acted as a social signifier, sending a message about my religious affiliation to other religious Jews and to society at large.

However, one challenge nagged at me whenever I stepped out in my new manner of dress. I wish I could say that this issue was based on some lofty feminist ideal that sought to challenge the patriarchal system inherent in Jewish standards of modesty. I wish it bothered me more that women are perceived to have a responsibility to cover themselves up for the sake of preventing men from exciting their yetzer hara, sexual inclination. I wish I felt more guilty that, by implying that I was somehow more ‘holy’ or ‘worthy’ than girls who choose to wear less, I was implicit in the victim-blaming that is rampant in religious circles.

Instead of valuing myself for my wit, my intelligence, and my charm, I had let the winks and stares of random men boost my spirits.

No. I am embarrassed to say it, but my biggest issue was that I missed the gaze of men. I don’t claim to speak for anyone else, but personally, I have found that however much you might feel good about yourself in a knee-length skirt, no matter how much it may enrich your neshama, soul, you attract significantly fewer car horns and up-and-down stares on the street. In my first few months of dressing modestly, I felt my self-esteem plummet. In the absence of the external validation and day-to-day objectification that I had enjoyed since I began to show myself off, I was at a loss as to how to love myself. I was convinced that my days of being desirable were over, and I began to make half-sincere jokes about being “past my prime.”

My confusion climaxed one day when I burst into tears and confided in a colleague with training in mental health. He suggested that I write a letter to myself detailing the issues I was facing. I sat down, dried my tears, and titled the letter, “Dear 13 Year-Old Me….” I wrote about how I hadn’t felt so uncomfortable in my own body since I was that age, and how I wished to regain the sense of self that I seemed to have lost.

It was at that moment that I realized that for the last seven years, I had let the patriarchy define my self-worth. Instead of valuing myself for my wit, my intelligence, and my charm, I had let the winks and stares of random men boost my spirits. I realized that far from being an obstacle to self-love and finding validation, modest dress was an invaluable gift. Instead of relying on the lust of strangers to define myself as a desirable person worthy of love and attention, I had the power to attract people through whatever means I chose to do so. Far from robbing me of my sexual power, my choice to dress modestly gave me more autonomy than ever before.

Although Jewish norms of modest dress are indeed based on a patriarchal system, many modern fashion standards are as well, because they are designed to excite the attention of men and thus deem their wearers worthy of sexual attention. This is why I have decided to continue following the norms associated with modest dress – because I now know that I am worthy of attention without the ‘help’ of eye-catching clothing, and that I shall receive it, with the help of God, from the right person whenever he may come into my life. I will receive love and attention – which I know I deserve – because I believe that I am intelligent, funny, insightful, patient, caring, compassionate, and loving.

Another version of this article was published in the Torch. Lily Chapnik is a U2 student in Jewish Studies and Music, to reach her, please email lily.chapnik@mail.mcgill.ca.