A year of nothing

City Year, and programs like it, are not enough for public schools 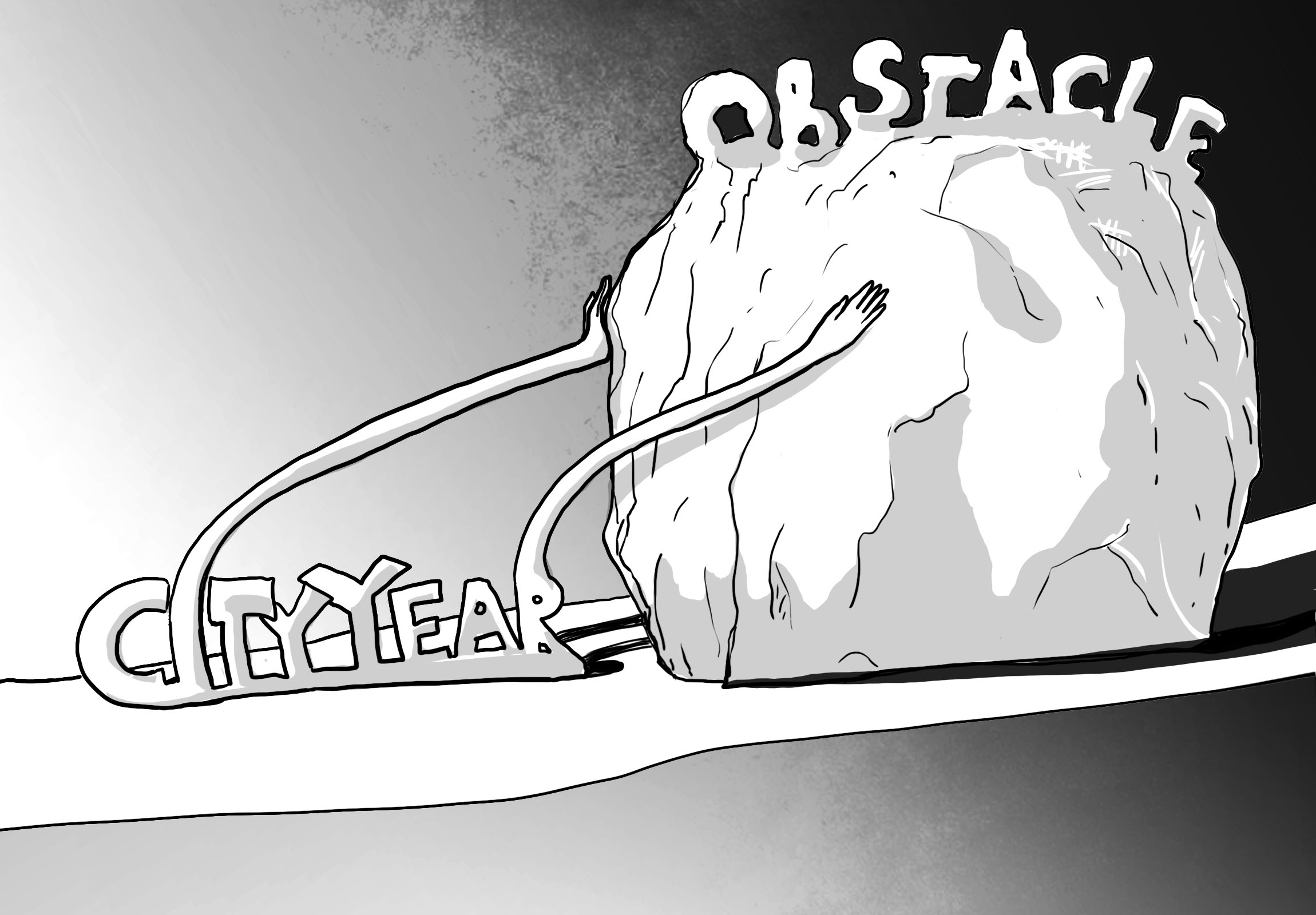 I could tell you stories of chocolate milk fights, fourth grade drama, and after-school dance parties that would have you rolling on the floor, laughing with tears in your eyes; or of suicide confessions of nine-year-olds and bullying violence that would make your heart bleed. Working as a corps member in New York City for the educational non-profit City Year gave me so many opportunities and memories, and yet, since finishing the program, I have had to come to terms with the fact that the work that my peers and I did was not nearly enough to overcome the massive barriers that our students faced. Between a system that was working against us and the students, and the enormous problems within the organization, truly helping the students was impossible.

City Year is one of the most well-known educational non-profits in the U.S., and it has a huge amount of power. It’s present in hundreds of schools across the country – and even in two international locations: in London and Johannesburg. Every day, I wore the logos of Aramark, Bain Capital, and Pepsi on my back, huge companies that sponsor the program every year. City Year convinces them that an investment in the program is something that will change the students’ lives, and help fix the public school system.

For every motivated teacher who teaches in a public school, there is another who is disillusioned by how hard it is, and doesn’t believe in their students.

The basic assumptions of City Year are noble but inherently flawed. The program follows the ‘whole school, whole child’ model, which assumes that teachers and schools are already providing a great education, and that what students need is more ‘human capital,’ or valuable skills and experience, to improve the overall school environment. But this isn’t what students need. While public schools in the U.S. are not the cesspool of inadequacy and ignorance that many believe them to be, most of them face the challenges that come with being located in poorer neighbourhoods; including poor funding, high student-to-teacher ratios, and students with serious problems at home. For every motivated teacher who teaches in a public school, there is another who is disillusioned by how hard it is, and doesn’t believe in their students. In the school I worked at in Brooklyn, as well as the vast majority of City Year schools, bullying is rampant, students are depressed and suicidal, and some have serious mental health or behavioural issues. All of these are acute problems that stem from the broader school system.

It’s probably true that if each corps member worked intimately with every student to improve their performance, and if the team were also able to revamp the school environment, then the school system would be greatly improved. However, looking for a way to cope with the overwhelming behaviour problems, many corps members learn how to deal with their students from the teachers in the school, who usually just resort to yelling and empty threats. And when this does happen, the corps members are only contributing to the overall system, and their presence has little benefit in the school.

Our society and the government continue to ignore the amazing, talented children trapped in a system that is failing them.

Most of all, though, even the most idealistic person I worked with could see that the work we were doing was no match for either the failures of the school’s administration, or the broader issues with the public school system in general. Thursdays at our school were dubbed ‘Kaplan Thursdays’ – referring to the Kaplan TestPrep books – and were dedicated in full to test preparation, with three hours of English in the morning, and three hours of math in the afternoon. These standardized tests, used in all New York schools to determine which students graduate into the next year, are always a struggle. Often, only a tiny sliver of the total student population manages to pass. The students who fail are sent to summer school, but even after they take the test there, most of them still fail. In the end, because schools have nowhere near the resources they need to make everyone who failed repeat a year, the administration ends up arbitrarily deciding who moves on to the next grade and who is held back.

Furthermore, the year I was working for City Year, the curriculum that the teachers were assigned did not match with President Barack Obama’s new Common Core curriculum, on which the standardized tests were based, drastically reducing the students’ chances of succeeding. In the suburbs of New York City, when parents were notified by the school that this was happening, and they boycotted the test by not sending their students to school in protest.

The boycott never happened at our school, but we had even more issues. Ours was a mayor’s truancy school, meaning that the absence rate was greater than 60 per cent annually. The administration allowed a student, who had moved just one month before from Bangladesh, and who did not English, to enroll, even though another nearby school had a Bangladeshi English as a Second Language (ESL) program, which our school didn’t have. This was so that they could get the money from the government for accepting a new student.

How could we, as corps members, possibly compete with this overwhelming neglect? How could my presence in the classroom during the hellish Thursday test prep ever fight the systemic issues that were keeping these kids from success? When you speak like this at City Year, they call you a pessimist. They say that you must think more broadly, that the smaller goals that your kids meet every day amount to a great deal of good. But this doesn’t add up. One million minus five is still basically a million, and I am not being overly cynical in claiming that the work of City Year amounts to nothing more than a light dusting of sweetness on a pile of manure.

Of course, the statistics that City Year shoves in your face to prove that they are making an impact are quite impressive at first glance. However, if you look again, the numbers are not so impressive. For example, saying that “82 per cent of of third- through fifth-graders improved their scores on literacy assessments” is highly misleading. These numbers are based on reading tests given at three points in the year by corps members in elementary schools. If a student begins at a first-grade reading level and ends the year at a second-grade level, this counts as an improvement – even if they are moving on to fourth grade. This ignores the very real problem that the student is still far behind where they are supposed to be. All in all, the vaunted statistics don’t reflect the fact that the work of City Year still leaves the performance gap largely unfilled.

Basically, City Year is nothing more than a minimally effective non-governmental organization, hiding behind a facade of idealist rhetoric. It’s fighting a good cause, but in a way that is misleading and inefficient. I am all for programs like City Year to exist, but those alone will never be enough. Schools don’t have the money for enough books. Students are not evaluated for their eagerness or potential, but by the scores that Kaplan assigns them. And our society and the government continue to ignore the amazing, talented children trapped in a system that is failing them. Faced with all these problems, organizations like City Year are powerless to create any kind of large-scale change. City Year should stop pretending it’s a fleshed-out solution, and admit that it’s nothing more than a band-aid.

Jill Bachelder is a News editor at The Daily, but the views expressed here are her own. To contact her, please email commentary@mcgilldaily.com.