The trouble with words

How saying ‘ethnic’ is dehumanizing and alienating 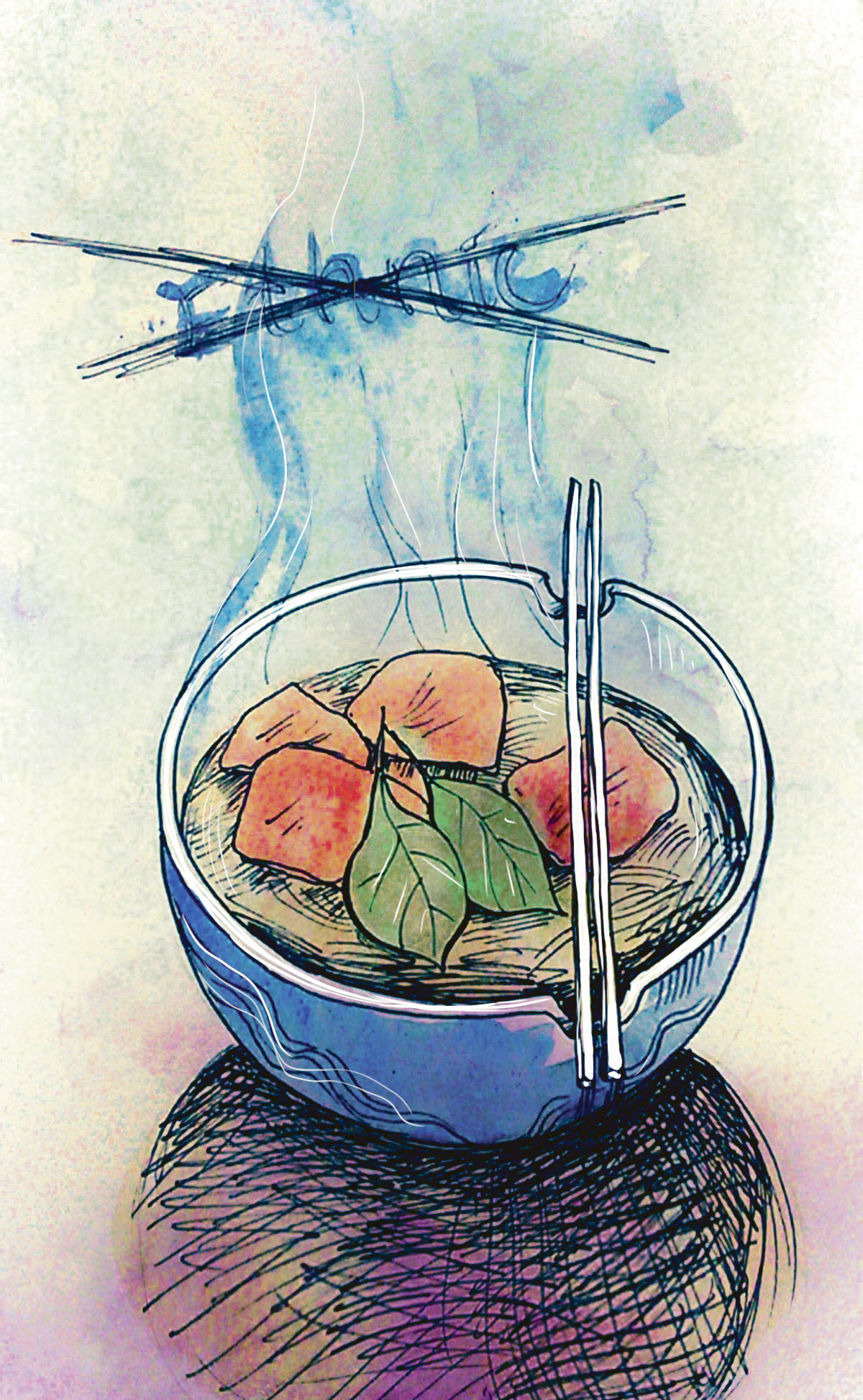 Author’s Note: I use the terms ‘non-white’ and ‘white’ in this article because racialized terms are widely used in the Canadian and American contexts, and I want to make it clear that the term ‘ethnic’ originates from historically racist structures. People of colour have always been arbitrarily grouped together and discriminated against. The dichotomy between ‘white’ and ‘non-white’ has forced me to use this language to denote how much of an othering effect this division creates.

When I saw that the McGill Food and Dining Services website described the Vietnamese food offered at Vihn’s Café as “ethnic delights,” I was shocked. Why didn’t they just refer to it as Vietnamese food? It’s not as if pho noodles are so ‘foreign’ and ‘exotic’ in U.S. and Canada. The use of “ethnic delights” disturbs me because it indicates a broader problem related to using terms like ‘ethnic,’ ‘foreign,’ and ‘alien’ to describe people and cultures that don’t belong to the dominant white culture in Canada and the U.S.. It reinforces the assumption that this culture is the norm.

The word ‘ethnic’ is a political term used to alienate cultures that do not conform to the dominant one; it essentializes non-white cultures as abnormal. When we describe a non-white cultural product as ‘ethnic,’ we are effectively creating an ‘us versus them’ dynamic. Calling food, fashion, or anything else ‘ethnic’ is code for saying that minority groups are strange or exotic. Although those who use the word may not mean anything by it, it’s still harmful.

The word ‘ethnic’ is a political term used to alienate cultures that do not conform to the dominant one; it essentializes non-white cultures as abnormal.

Exocitizing cultures in this way is commonplace, yet this normalization is what leads to tokenization, hostility and – further down the line – racist immigration laws and institutionalized discrimination. Using the word ‘ethnic’ is a gross oversimplification of the diversity of cultures and traditions in U.S. and Canada. And for people who belong to cultures outside the norm, the word is dehumanizing. For myself, when I see my own culture trivialized by white Canadian and American norms, I feel that my culture and identity are inferior – something of which to be ashamed.

This is internalized racism, and it causes people to erase their own identities in order to assimilate and survive. In this way, white norms are insidious – they swallow non-white identities and spew them back out as watered-down, trivialized, bite-sized ‘ethnicity.’ They also force people to internalize these cultural norms, which then alienate them from their own culture. No one is technically forcing anyone to conform to the prevailing culture, but people find themselves changing who they are because it is too painful to be an outlier in a society that only pays lip-service to multiculturalism.

This is why growing up in the U.S. and Canada is hard when you’re not part of the dominant culture. I don’t necessarily identify as being East Asian, but I’m forced to take on that identity because of how I look. I’m forced into recognizing the fact that I look ‘ethnic,’ even though that’s not how I feel. I’ve spent my whole life in Canada and the U.S., my first language is English, yet people still ask me if I’m from China. I’m not. I’m pushed into accepting an East Asian identity, because of how I look – even though it feels alien to me. Why can’t I be American and Korean at the same time, and not have to sacrifice cultural diversity?

No one is technically forcing anyone to conform to the prevailing culture, but people find themselves changing who they are because it is too painful to be an outlier in a society that only pays lip-service to multiculturalism.

Whether or not assimilation happens voluntarily, it’s easier to conform to the dominant culture rather than struggle with identity issues and try to figure out how you fit into your community. So when I encounter casual use of the term ‘ethnic,’ I’m reminded of all these confusing identity struggles, and how different I am from the so-called norm.

That’s why the phrase “ethnic delights” when referring to food from Vihn’s Café is such an ugly reminder that non-white cultures are treated as unfamiliar, foreign, and inherently different. European food isn’t othered in this way, which says a lot. I often see people explicitly distinguishing between European food, whether it be Italian, Greek, French, or anything else. Italian and Greek food are rarely referred to under the same category as ‘Mediterranean food,’ and when they are, this narrow definition most likely does not include Libyan or Egyptian food. Foods from European countries are referred to by their proper name, whereas ‘ethnic’ foods are grouped together under a non-white blob that implies something spicy and foreign. This is only one example; however, it exemplifies the kind of racial essentialism that alienates cultural identities and erases cultural self-determination.

The word ‘ethnic’ is a barrier to non-white cultures being accepted in U.S and Canada. It’s the line that denotes the end of European comfort zone, the end of familiarity, the end of all things white. The word ‘ethnic’ is a reflexive othering mechanism that stems from underlying racist structures. It props up the dehumanization and stereotyping of entire groups of people, creating the illusion that people from ‘ethnic’ backgrounds are somehow all the same, or that they lack complexity. It’s time we stopped using it, and start referring to people and their cultures in the ways they prefer.

Isabel Lee is a U2 Political Science and Philosophy student. To reach her, please email isabel.lee@mail.mcgill.ca.