Training for an unfair world

On the injustice of internship culture 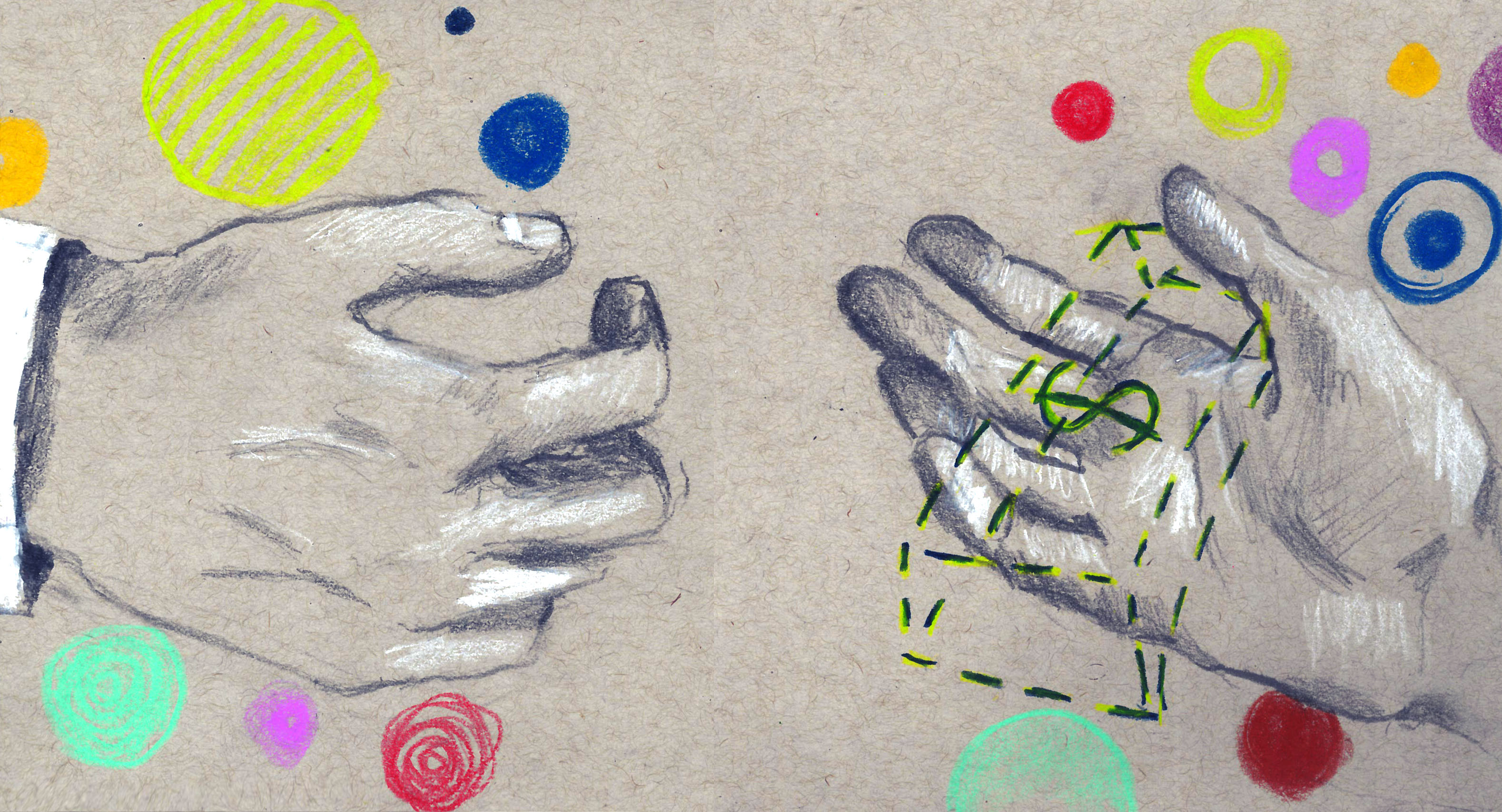 When I think of unpaid internships, images of hazing immediately come to mind. I go back to my days as a shy 14-year-old girl starting at her first co-ed school and being shocked at how accepted, and embedded it was in the school culture to target ninth graders. On a daily basis, whenever heading past the twelfth grade ‘stoop’ on the way to the locker room, freshmen would be subject to various disrespectful taunts from the older kids. This was just part of the culture of my high school and no one ever questioned it. I remember thinking, “This won’t happen when I’m in grade twelve, everyone will remember how humiliating this behaviour is,” but that simply wasn’t the case. By the time my peers were seniors they had put those feelings neatly away at the back of their minds, and were more than eager to pass on the tradition to the unlucky newcomers. Whenever I would try and remind them of their hazing days, they would shrug it off, and say “It’s just something everyone has to go through.” But is it?

Although internships are not quite as aggressively humiliating as hazing, they do serve a similar purpose. They are a way to teach employees the ropes of the company without treating them exactly like an employee. Not being paid to do work is actually a bit humiliating, not to mention unfair. You are showing up day after day to work the same long hours as everyone else, but are not being paid for your efforts. The message sent is that you’re inferior. Interns don’t enjoy essential benefits either. They aren’t, for example, granted the same legal protections against sexual harassment as full-time employees. Not only do you have to do the work for free, but you have no voice and must stay quiet about any mistreatment you experience or risk losing your internship altogether. You have no safety net, and this can result in being taken advantage of.

In the past, internships took on a very different nature, and the concept of unpaid work was a bit more acceptable. Internships were much more like an apprenticeship, where the individual would only work for free for a brief period of time, and would then eventually be offered a job. However, with the recent economic decline, and an influx of university students and graduates into the job market, an internship no longer guarantees you a paid position. With more and more students willing to work for free, companies and non-profit organizations are labelling jobs that used to be salaried as “internships” in order to save a buck.

With more and more students willing to work for free, companies and non-profit organizations are labelling jobs that used to be salaried as “internships” in order to save a buck.

While some internships are better than others, and employees are treated with more respect, most don’t really serve much of a purpose in teaching you job-specific skills. Instead, you take on a role similar to a personal assistant for the older staff. Going on coffee runs and doing the menial work that those above you in the hierarchy cannot be bothered with, instead of actually learning, does not prepare you for the future demands of a job. This is probably because the company was never actually planning to hire you full-time, and is instead exploiting young adults looking for job opportunities as free labour. The worst part is that these companies get away with this behaviour because each year there is a fresh batch of graduates waiting to fill these positions so they can add something of ‘substance’ to their resume.

These days the job market is getting increasingly competitive and the standard for college students is getting absurdly high. Students are expected to have had at least one, if not several, internships by the time they graduate. This may not be an issue for students that are lucky enough to come from a privileged background, with parents who can finance their children through various unpaid work ventures, but it’s not a luxury everyone can afford. Eventually, well-off students will intern long enough to make the necessary connections to break into the white-collar world.

However, not having income of any sort is not an option for most young people from less privileged backgrounds. Especially after already having to pay for a university degree, taking even more time off to invest in your future is simply an impossible reality. While studying, university students have the option to have a part-time job on the side. In a full-time internship, however, students are working a taxing nine-to-five day and picking up another job is unlikely. Having to move to another city for intern work is also increasingly likely, and this adds to the financial burden of not having a steady source of income. Many students already have heavy student loans by the time they graduate, and falling even deeper down the rabbit hole of debt without the promise of a job is a frightening prospect. This, of course, perpetuates the unfair advantages for people from wealthy backgrounds to secure the best white-collar jobs.

[Internships have] become yet another source of embedded class division, favouring the privileged and keeping the less fortunate in the dark.

Despite having a college degree, which used to be enough, this internship culture is systematically excluding a large population of students simply because of their familial assets. Internships have largely destroyed the possibility of breaking into the white-collar world through an entry-level salaried position. It has become yet another source of embedded class division, favouring the privileged and keeping the less fortunate in the dark. It is a sad fate that an adolescent, no matter how intelligent or hardworking they may be, is less able to reach high levels of success simply because they cannot take the time off to undertake an internship, or five.

There has been a lot of talk in the media lately of the supposed ban on unpaid internships in Canada. However, there are exceptions to this law, and it varies from province to province. It is considered illegal in the province of Quebec for an internship to be unpaid unless it falls under one of three categories: the internship is part of a program provided by an approved educational institution, the intern is a student working for a not-for-profit organization with social or community purposes, or the internship is part of a program of vocational training. Despite this law, unpaid internships are still very much alive. Just a week ago, a close friend of mine was lucky enough to secure an internship in her field of choice after graduation. Her position does not fall under one of the three exceptions listed above, but sure enough, even though her internship is promising and exciting, it does not include a wage.

It will probably be a long while before the “internship culture” dies, if it ever does, as it is part of an ongoing trend to offset costs onto people. It’s incredibly demoralizing to realize that no amount of effort will ever be enough to succeed if you simply don’t have the financial means to get there. I also find it infuriating that employers these days can be ignorant enough to think an internship is a prerequisite to a job when instead they should be focused on a person’s merit and potential. Employers are missing out on a large crop of intelligent young adults that could be future leaders in the world because they weren’t lucky enough to be born into a wealthy family. This is more than ritual school ground hazing, or humiliation. It’s a systemic injustice.

Charlotte O’Neill is a U3 Sociology student. To contact her, please email to charlotte.oneill@mail.mcgill.ca.