Running out of excuses

The racist hypocrisy of pro football 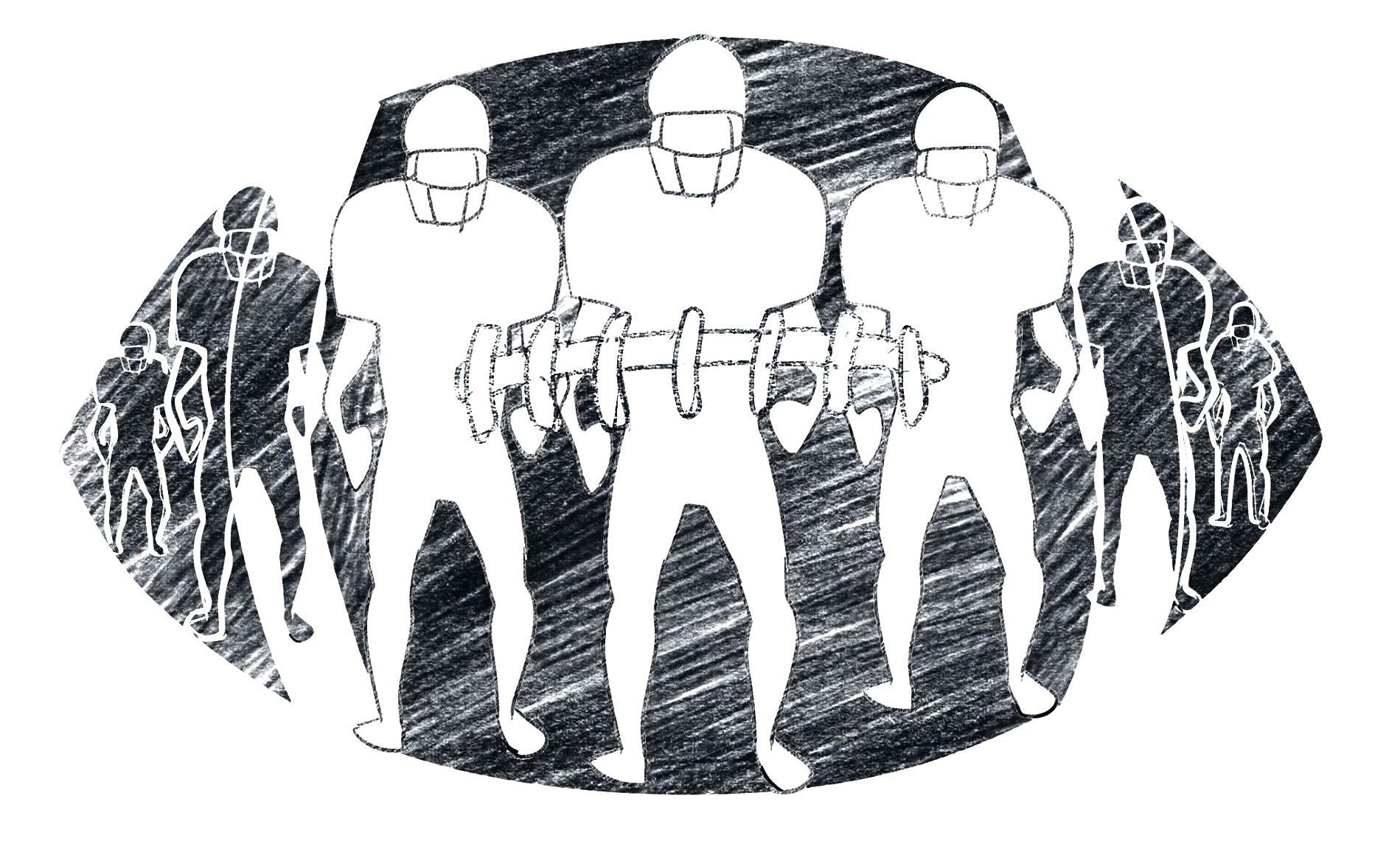 Picture yourself going into the fourth quarter of the National Football Conference (NFC) championship game, and your team is down by four points. Then you come out with force, put ten points up on the board, and you’re suddenly up by a touchdown. Now, the only way for you to win this game is to prevent the San Francisco 49ers completing a touchdown pass, more specifically to deflect a pass from Colin Kaepernick for Michael Crabtree in the endzone. This is exactly what Richard Sherman had to do in order to guarantee his team’s spot in the 2014 Super Bowl. In the post-game interview, Richard Sherman, full of joy and clearly several other emotions, shouted, “I’m the best corner in the game. When you try me with a sorry receiver like Crabtree, that is the result you gonna get. Don’t you ever talk about me. Don’t you open your mouth about the best or I’m gonna shut it for you real quick.”
The following day, Fox News host Geraldo Rivera responded to Sherman’s excitement by calling him a “thug.” In response, Sherman explained at a press conference that the word thug has become the “accepted way of calling somebody the n-word nowadays. It’s like everyone else said the n-word, and then they say thug and that’s fine. That’s where it kind of takes me back. It’s kind of disappointing because they know.”

In no way was this the first time the issue of race has been seen in sports, but this situation gathered the attention of many people, and has opened the eyes of those who were blind to racial politics in the National Football League (NFL). Since Super Bowl XLIX was just yesterday, and the Seattle Seahawks were back in for another battle in the trenches, it seems fitting to speak of the inequality that athletes of colour have experienced, not only from the media, but also from the NFL.

Marshawn “Beast Mode” Lynch, one of Sherman’s teammates – and also currently considered one of the most powerful running backs in the NFL – has seen his fair share of discrimination. While signing an NFL contract, there are rules that athletes must obey, one of which requires players to answer questions from the media after games. On November 19, Lynch was fined $100,000 for refusing to speak with the media, despite receiving a warning for the same reason a few weeks before. A couple of days later, after the Seahawks beat the Arizona Cardinals, Lynch was pounded with questions in the changing room. He answered 21 out of a total of 22 questions with one word answers. A month later, he answered nearly every question with, “thank you for asking,” and other answers of the same sort. On January 27 during the NFL’s Super Bowl Media Day, Lynch again avoided questions. He responded to the majority of the questions with the answer, “I’m here just so I won’t get fined.”

The NFL portrays Lynch as a stubborn athlete who doesn’t want to speak to the media, and the media is quick to thrust racist stereotypes on players of colour which is a part of a larger narrative of how the NFL and mainstream sports commentators treat non- white players. As Jamilah King of Colorlines points out, “perhaps his biggest mistake is being unapologetically black and rebellious in a league business that depends on military-like obedience.” In reality, Lynch has the best possible reason not to talk to the media: it makes him anxious. Lynch has been medically diagnosed with anxiety, a fact that he has made clear to the league and one that it refuses to validate. So basically, the NFL is twisting this player’s arm to put him in situations that are harmful to his mental health while using racist stereotypes to place the blame on the player.

However, with the NFL, it doesn’t stop with policing players’ actions, but also with their clothing choices. Hours before this year’s NFC title game, a photo went viral: a pair of 24-karat gold flake painted cleats, estimated to be worth just over $1,000, that Lynch had custom-made for the game. He was told by the league that if he wore the cleats, he would be violating ‘uniform code’ and wouldn’t be able to take part in the game. He also wore a ‘Beast Mode’ baseball cap to the interview, and the league was not okay with it.

However, the league made no such threats toward the New England Patriots, which is under investigation for deflating balls. Why does this matter? Because teams provide their own balls that they will use on the offensive. If the ball is a little deflated, you have an unfair advantage, making it easier to grip, throw, and catch – especially in shitty weather. Sherman replys to this hypocrisy, saying, “You suspend Marshawn for gold shoes, then you’ve got balls being deflated and that’s the issue.” It has become clear that the NFL is quick to chastize a player of colour, but is more hesitant to penalize a franchise where the quarterback, star receiver, star tight end, coach and owner are all white. With the Super Bowl having just being played the issue wasn’t resolved; nobody was be penalized, fined, or anything of the sort, and the Patriots competed against the Seattle Seahawks.

Another example of the NFL’s hypocrisy is how differently it has treated Tim Tebow and Husain Abdullah’s touchdown celebrations. Tebow is a devout Christian, who had a short-lived but very hyped career in the NFL, and was known for his post-touchdown celebration, which was quickly trademarked as “Tebowing.” After scoring a touchdown, Tebow would drop to one knee, his elbow on his knee with his head resting on his hand, and start praying. Not only was this permitted by officiating crews and the NFL, but it was widely accepted by fans, some of whom created a website dedicated to the act of Tebowing. On top of the fame this movement received, Tebowing was also recognized as a word in the English language by Global Language Monitor.

On the contrary, in September, , the Kansas City Chiefs played against the New England Patriots. During the game, Kansas City free safety, Abdullah intercepted Patriots quarter back Tom Brady’s pass and took the ball back for a touchdown. Once in the endzone, Abdullah, a devout Muslim, dropped to his knees, placed his head on the turf and came up to yellow flags being thrown around. Both players engaged in a post-touchdown prayer, yet only one was penalized. This is clear discrepancy on how the NFL treats white and non-white players, and only serves to further cement their hypocritic legacy.

The simple fact is that the NFL is still complacent about this institutionalized racism, and change has to come immediately. Until then, one of America’s favorite pastimes will serve as a constant reminder that racism is alive and well in sports.