Race to the bottom

Tanking has become the new winning 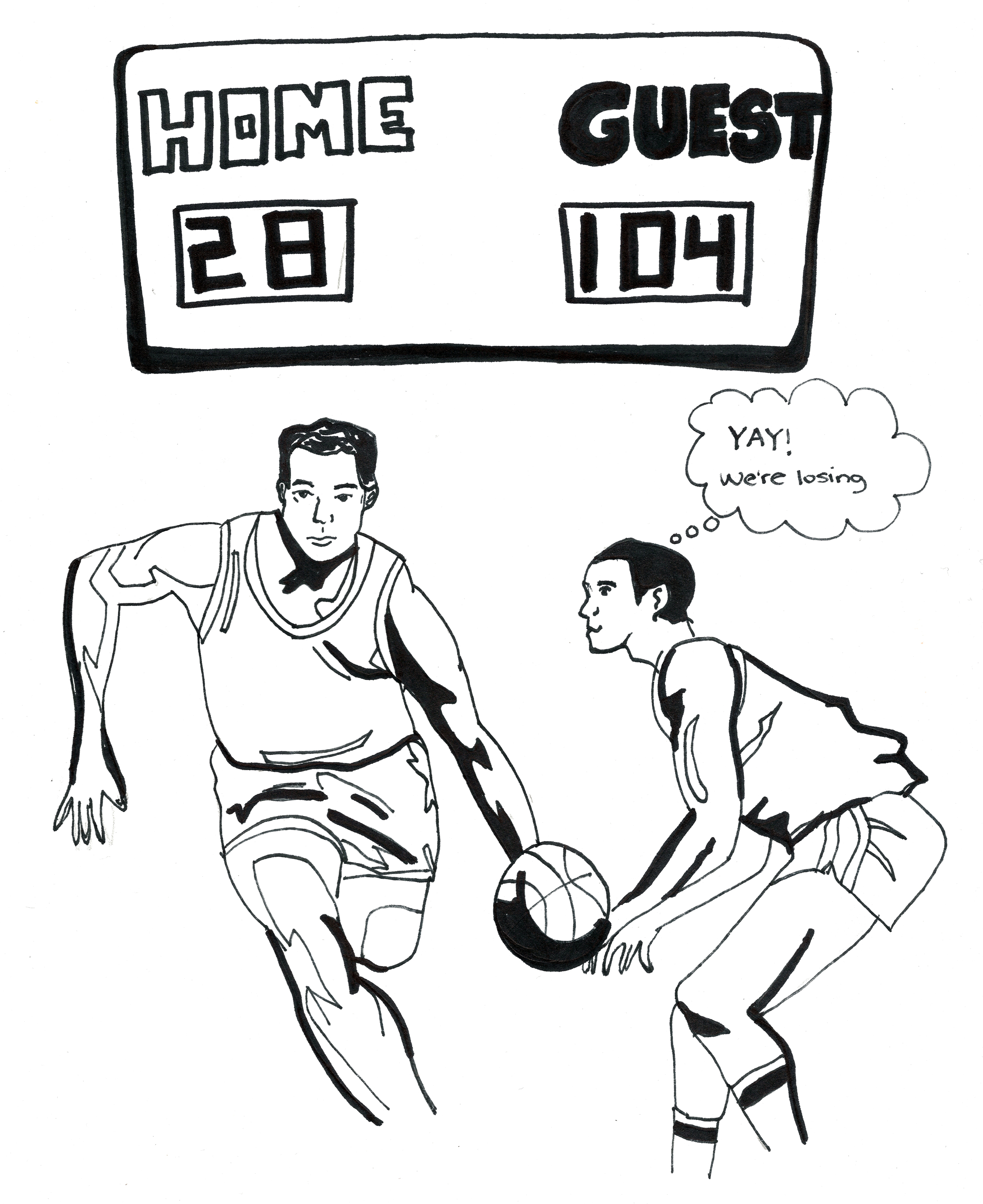 These are vexing questions. Sports can be seen (and are seen by quite a few people) as an egregious waste of time and resources, of no benefit to anyone apart from Budweiser and the kleptocrats who own teams. They feature, on a grand scale, people performing feats of extreme difficulty for no reason other than to demonstrate physical prowess and to entertain. They seem like a colossal waste of everyone’s time.

While I am in some ways sympathetic to this view of sports, I believe it to be an oversimplification. A life without entertainment is a quite dull one and, to my mind, not one worth living. Athletics, at least as practiced by those in its upper echelons, is an activity glorious to behold, a demonstration of skill and grace as beautiful and mesmerizing as the best art. The viewer gets to share in the glories and disappointments of their uniformed champions, to feel the joys of victory and the sorrows of bitter defeat. Sports, at least in some way, combine the visual splendour of fine art with the heightened drama of fictional narratives. They thrill and chill and divert us from the often humdrum experiences of our day to day lives.

At least, this is what professional sports do when they are working as they should. When they feature players working at the top of their game, trying their hardest to win the match, to top the standings, to make the playoffs, to win the championship. in other words, when they are true competitions. However, in certain professional sports, this is not always the case. There are times when baseball, basketball, and hockey, in a very real way, fail to be sports. They fail to accomplish the basic premise of sports: that two opposing sides attempt to achieve victory over each other. Now teams are losing on purpose in order to secure a better draft pick; this phenomenon is called tanking. The National Basketball Association (NBA), National Hockey League (NHL), and Major League Baseball (MLB) all, in one way or another, incentivize tanking, and they are murdering the very concept of sports right before our eyes.

I have skin in this game right now because my home basketball team, the Philadelphia 76ers (the Sixers to any local) are in the midst of making a mockery of basketball in a historic way. In basketball, there is a lottery system to determine which teams get the top picks in the draft, and the worst teams from the previous year have a higher chance of receiving better draft spots, giving them a better chance of signing the premium talent entering the league from college. The NBA has been a home to tanking teams since time immemorial, but until recently there has always seemed to be an unspoken agreement that teams shouldn’t be too flagrantly obvious about it. The Sixers decided to flout this precedent last year by ditching almost anyone on their team with talent halfway through the season and embarking on a historic 26-game losing streak. This year, they dismantled themselves further, employing an entire roster of no-name non-talent, losing the first 17 games of the season (which almost broke the record for worst start ever). There was talk that they would break the record for worst NBA season ever, a record which coincidentally belongs to a previous Sixers team. ‘Disappointingly,’ they now have won 11 games, and are no longer in the running for that record (at least they could have been the best at something!).

The 2014-15 Sixers feel like a piece of anti-basketball performance art designed to highlight the hypocrisies of the NBA. There’s something surreal about watching professional basketball players try their hardest to win games and just be completely incapable of doing so because they are all so bad. Deadspin has pointed out that this year’s Sixers are so bad that their opponents get to use Sixers games as an opportunity to let their star players rest; on average, the three best players on teams that played the Sixers played two minutes less against the Sixers than against other opponents. And they don’t even have the worst record in their division; that crown goes to the New York Knicks, who have just recently gotten into double-digits in the win column. Tanking has become so widespread in basketball that the team doing it the most shamelessly isn’t even the best at it this year. This does not bode well for the future of the sport, and one fears that if the Sixers’ gamble pays off, NHL owners will take note, as the leauge has a similar draft System that gives the teams with the worst records the greatest chance of a high draft pick. It can even be argued that certain NHL teams are already tanking in order to have a chance at drafting one of two generational players, Connor McDavid and Jack Eichel.

Sports are supposed to provide entertainment. The Sixers are putatively an entertainment organization. They are manifestly failing to fulfill their purpose for existing. Defenders of the tanking strategy say that tanking is just a necessary step in the process of building up a championship team. I say: I don’t care! Firstly, there is no guarantee that a terrible team’s high place in the draft will get them a franchise player who will lift them from their terribleness. Take the Edmonton Oilers, for example, who have had three first overall picks in four years and are still god-awful. Second, I would much rather watch a mediocre but competitive team fight it out every night over a manifestation of long-term business planning lose by design. That’s really what’s at stake here. This year’s Sixers, and all teams that intentionally tank, aren’t sports teams so much as regrettable side effects of a long-term investment scheme. And nobody wants to watch that on TV.