Nutrition should not be this hard 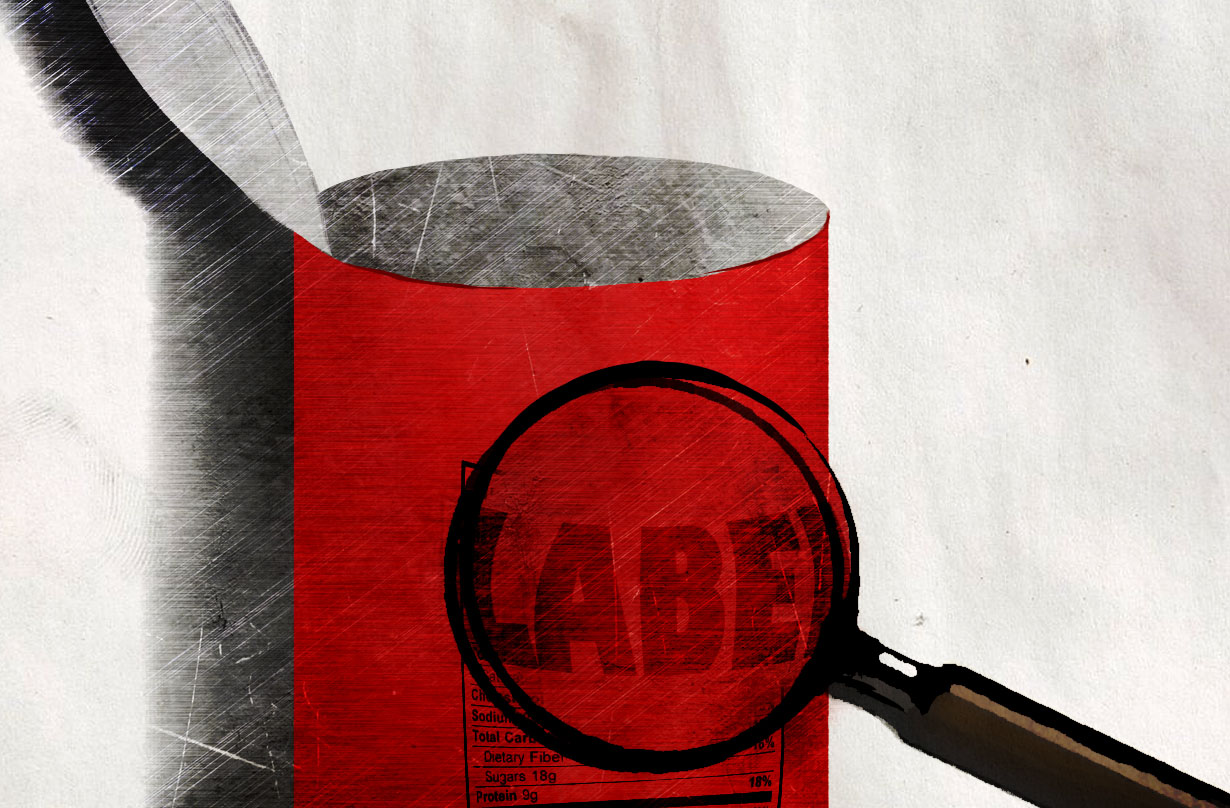 You are what you eat, but what happens when you don’t really know what you’re eating? It’s no secret that we are terrible at estimating the amount of calories we consume, as well as the amount of sugar, salt, and fat in our food. This is why nearly all processed foods are mandated to have nutritional information displayed on the packaging. Now ask yourself, when was the last time you checked the nutrition fact table on any of the processed foods you bought?

The resulting discrepancy between the calories we think we consume and the actual amount has resulted in an epidemic of over-consumption. According to Statistics Canada, 50 per cent of women and 70 per cent of men in Canada consume more calories than needed on an average day. The health implications are worrying; 6 in 10 Canadians are either overweight or obese, and almost 8 in 10 Canadians are consuming salt at levels associated with an increased risk of negative health outcomes such as heart disease.

Naturally, everyone wants to know what they are eating, and nutritional information like the salt, sugar, and fat content could significantly influence our decision-making when it comes to choosing what food products end up in our basket and eventually inside of us.

The current nutrition label system regulated by Health Canada is the Nutrition Facts table. It provides a lot of useful information including the sodium, fat, vitamin, and fibre content in terms of the Percent Daily Value — the proportion of what the item represents in terms of the amount you need each day – in addition to sugar, protein, and calorie content. In theory, consumers should easily be able to use the Nutrition Facts table to make healthy choices.

A recently published study by researchers at McGill found the exact opposite. According to the researchers, the Nutrition Facts table is both ineffective and too complex to be used while shopping. It provides too much information and does not resolve any nutrition conflicts, leaving consumers to make complex decisions such as choosing between high sugar versus low sodium content.

According to the researchers, the Nutrition Facts table is both ineffective and too complex to be used while shopping.

The independent study, funded by Natural Sciences and Engineering Research Council of Canada (NSERC), assessed the different labelling systems based on their validity, if the labels lead to healthier choices, and usability, or how easy they are to use.

In an interview with The Daily, Shultz explained that the study involved psychological and computational parts. The psychological part of the experiment focused on measuring people’s ability to compare the nutritive value of food.

To start their experiment, Shultz and Helfer created an online survey and advertised it on food and nutrition-related websites. Participants in the online survey had to choose between pairs of food based on product images, taste scores, and one of the four nutrition labelling systems. They also had to answer factual questions to make sure they were not making up their data.

“In each case, participants were asked to choose between four food items, either four different yogurts or four different cereals. There were two additional manipulated variables: time limit (20 seconds or unlimited) and accompanying visual information (showing the actual product photo or generic clip art that indicated only the food category – cereal or yogurt),” said Shultz.

The computational model of the decision-making provided insights into why people made the choices they made. The researchers used decision field theory (DFT), which is considered to be one of the most successful models of human decision-making. DFT works with the idea that decision-making is about comparing options to your wanted outcomes and in the process gradually building up preference for an option. Once a certain threshold is reached, the decision is made. One of the insights gained is that time didn’t affect nutrition choices because preferences often emerged quite early.

The computer neural network models were provided with the same information as the participants and generated many of the same choices, Shultz said the computer model “captured the general qualitative pattern in data.”

A much better alternative

NuVal is a novel labelling scheme in several respects; it remains one of the only nutrition labelling schemes to have been scientifically tested for validity, and it does not classify foods in the traditional categories of healthy and unhealthy. Instead, it provides a score on a scale from 1 to 100, based on the Overall Nutritional Quality Index (ONQI) algorithm. The score is positively influenced by the presence of fibres, vitamins, minerals, and the quality of fats and proteins; and negatively influenced by saturated fat, trans fat, sodium, added sugar, and cholesterol.

“NuVal is fairly unique in considering the positive aspects of food, which provides an important advantage over other labelling schemes.

In 2011, researchers at Harvard published a paper in the American Journal of Preventive Medicine which concluded that people who ate according to the NuVal scores would be less likely to be overweight or obese, and less likely to suffer from chronic diseases such as cardiovascular disease, cancer, and diabetes. However, several of the researchers who conducted the validity studies are from Harvard and Yale. Both universities are involved with NuVal to varying degrees, with Harvard’s School of Public Health using the algorithm to conduct its own research and Yale-Griffin Prevention Research Center having funded the initiative to create NuVal.

According to Shultz, “NuVal is fairly unique in considering the positive aspects of food, which provides an important advantage over other labelling schemes. Many nutrition-labelling schemes focus only on the negative aspects, in the manner of warning labels on tobacco products.”

NuVal has its flaws and is in no way is a perfect system. For one, the ONQI algorithm developed by experts at prestigious universities such as Harvard and Yale is kept secret as it is patent pending. It also poses challenges to mainstream adaptation, as Shultz points out that “sensible governments are unlikely to mandate or fund research into anything that is not transparent.” Additionally, NuVal is limited in its scope to only products and does not provide any information for overall dietary quality. While it makes it easy to compare between same food types like two brands of pretzels or between different food types like apple juice and strawberry yogurt, it doesn’t provide any information as to how it will impact your overall diet.

The future of nutrition labelling

Ideally, there would be an alternative labelling scheme like NuVal, but more transparent. This highlights the need for continued research in finding a scheme that is both easy to use and actually beneficial to your health. The research by Shultz and Helfer, which started out as a side project, highlights the need for science-based evidence when it comes to implementing nutrition labelling schemes. With advances in computational modelling, it is no longer too expensive nor difficult to assess the nutrition and health merits of different schemes as proven by this recent study. Consumers are directly harmed when essential nutrition information is not provided in an accessible manner. You shouldn’t have to be a dietician to make nutritional choices. It’s time to radically revamp the current labelling scheme, because simply put it’s evident it wasn’t designed with consumers in mind.