‘A human rights scourge’: Canada’s role in the struggle against torture 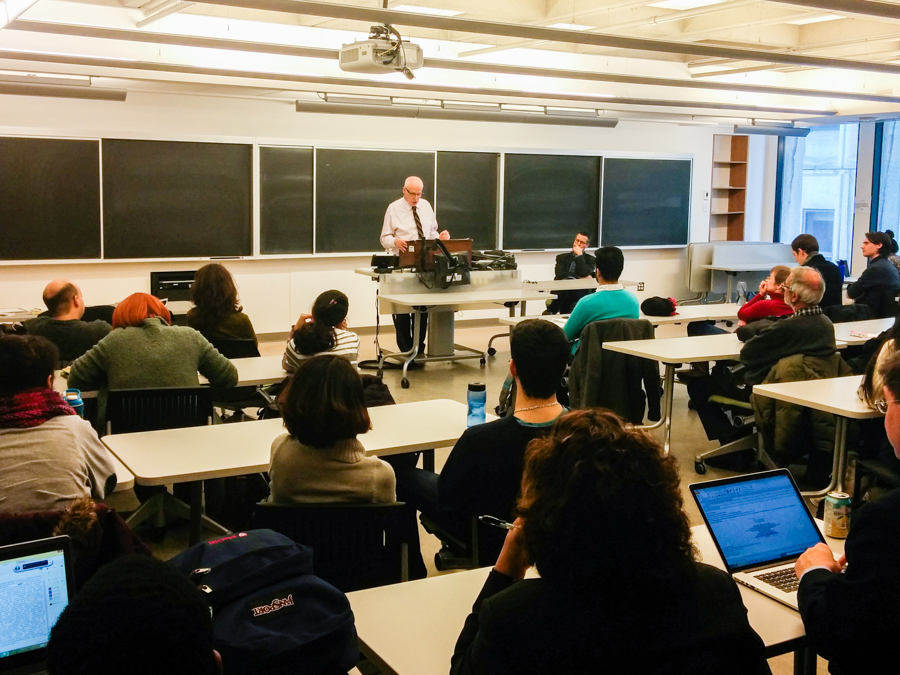 Speaking before students, professors, and activists at a conference entitled “Confronting a Human Rights Scourge: Canada and the Global Struggle against Torture” on January 28, Amnesty International Canada Secretary General Alex Neve argued that Canada needs to step up and play an active part in the global struggle against torture.

“We should be doing as much as we can on the world stage, but we are sitting on the sidelines,” said Neve at the conference, hosted by the McGill Centre for Human Rights & Legal Pluralism.

“The [Canadian] government isn’t a strong believer in international law,” Neve told The Daily, “[and] it is not receptive to UN scrutiny.”

Neve stressed in the conference that Canada can strengthen its stance against torture by addressing four areas: detention practices of solitary confinement, complicity in torture elsewhere in the world, justice for torturers and survivors of torture, and oversight and review to prevent torture.

According to the UN Special Rapporteur on Torture, solitary confinement that extends beyond 15 days is considered torture and must be prohibited. Canada’s practice of solitary confinement – officially called “administrative segregation,” – is then classified as torture, Neve said, because the average length of stay in segregation is forty days, which is well beyond the 15-day threshold.

Turning to complicity, Neve argued that “we have been, and we continue to be, complicit in torture […] in other countries.”

An example of Canada’s “institutionalized complicity” is the ministerial directions given to Canada’s intelligence services, border services, police, armed forces, and Communications Securities Establishment, according to Neve. Neve said that these regulations allow Canada to receive and use information obtained through torture in other countries and to provide information to other countries that could give rise to risk of torture.

“Canada also falls short in ensuring the criminal accountability of torturers and justice for survivors of torture,” said Neve. “We are pushing problems off our doorsteps.”

Under the Immigration and Refugee Protection Act, individuals residing in Canada can be deported to foreign countries even when there is a clear risk that the individual will be tortured there, Neve said. Further, as per the State Immunity Act, foreign governments cannot be sued on grounds of Canadian victims being tortured, even though they can be sued on other grounds, such as for commercial reasons.

Canada has ignored the recommendations from the UN, as well as from former Supreme Court Justice Frank Iacobucci and former Ontario Associate Chief Justice Dennis O’Connor, to address Canada’s widespread usage of solitary confinement and to overhaul foreign policies regarding torture.

According to Neve, Canada’s domestic problems hinder its voice on the international stage. “We cannot push others [to combat torture] until we have done so ourselves,” he said.
“The bottom line is that there is much Canada can and must do in significantly increasing our contribution in ending torture.”

U2 Arts student and McGill Students for Amnesty International organizer Emma Jackson expressed surprise after the talk. “I think that [Canada not ratifying the OPCAT] is just astounding,” she said. “You think of Canada as adhering to human rights and not doing torture, but then […] the Canadian government isn’t acting on it.”

U2 Science student Ahmed Khan, also from McGill Students for Amnesty International, emphasized the need to raise awareness. “Most students are aware that torture is happening and that we should take action, but implications of Canadian government in torture are not as well-known,” Khan said. “Making these small actions in mass quantity helps make a difference.”