The neuroscience behind empathy 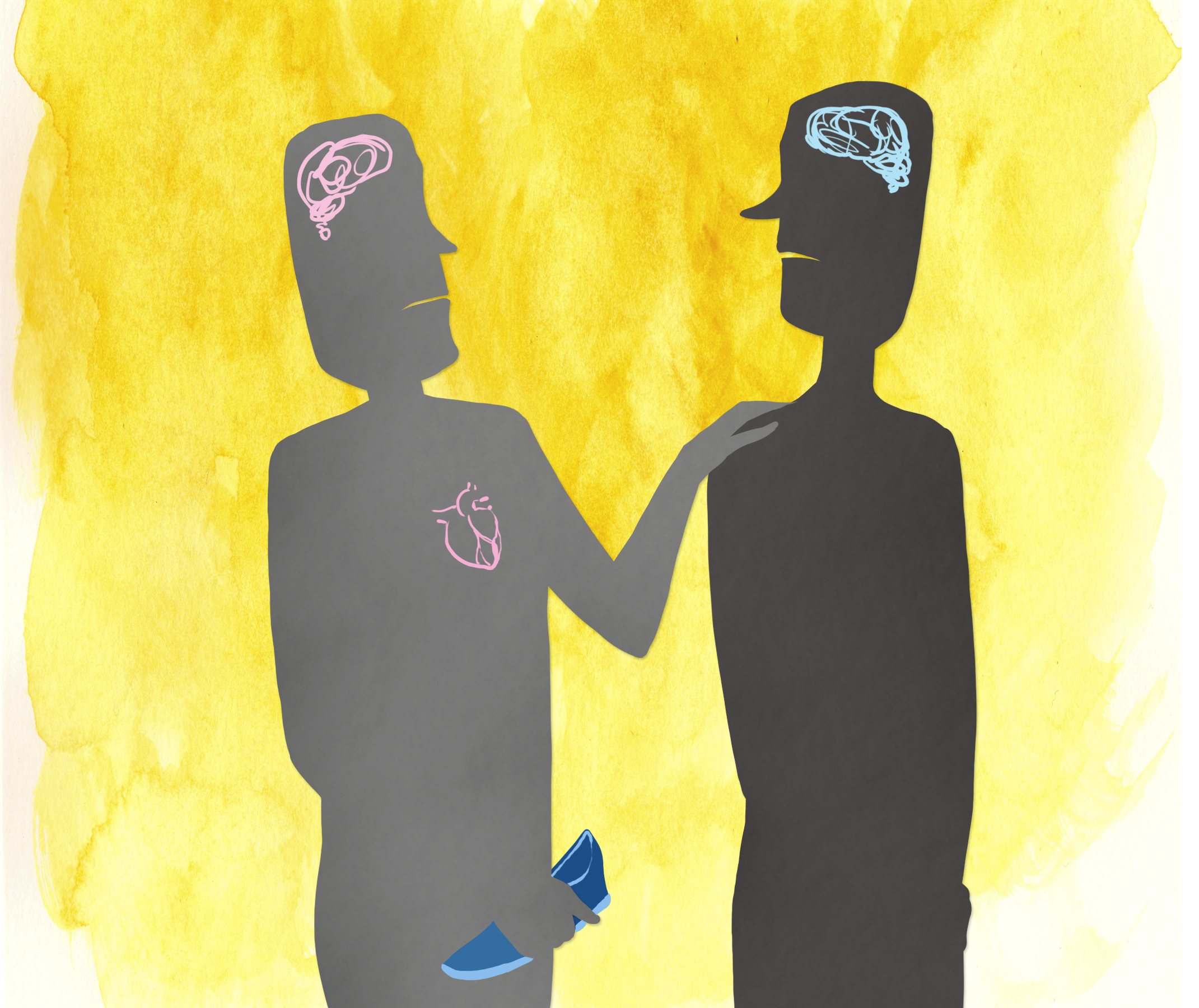 Empathy is defined as the capacity to understand another person — the ability to place yourself into someone else’s shoes. But research suggests that the human capacity for empathy may extend beyond simple insight into another’s point of view: it could involve actual contagion of perspective.

This may sound extraordinary at first, but it actually is quite intuitive. As another person’s emotional state is empathized with, it is imagined and, in a sense, experienced by the empathizer. Indeed, research has found that when we empathize with a particular emotion, the same brain circuits involved in the actual experience are activated. In a 2003 study using functional magnetic resonance imaging (fMRI), a technique that measures brain activity, researchers exposed participants to a foul odourant and video recorded their facial responses. Afterward, when the participants were shown the clips of their faces, they were found to have similar brain activity as they’d had during the first hand experience.

This process of emotional contagion could also be linked to the human tendency for mimicry. People automatically imitate others during social interactions, copying facial expressions, postures, and even vocal intonations. Research has shown that mimicking the physical representations of certain emotions can lead to the adoption of those same emotional states. For example, when we smile, we tend to feel happiness, and when we stand tall with our hands on our hips, we experience more confidence. Thus, mimicking others has the potential to cause transmission of their emotions.

Whether in the form of mirrored brain activity or copied facial expressions, research has confirmed that feelings certainly are contagious. In a 2002 study at Yale investigating transference of emotions among members of a group, a single participant’s mood was found to significantly influence the emotional states of fellow group members. This process has even been shown to occur through social media. In a controversial study conducted through Facebook, researchers reduced either the positive or negative emotional content of people’s news feeds. Those with more positive news feeds were found to post less negative and more positive material, and the opposite occurred for people with negatively weighted news feeds. Thus, in the absence of first hand interaction, emotions seem to be contagious.

Recent research at McGill indicates that the experience of empathy and emotional contagion could depend on the degree of familiarity between people. In an experiment led by McGill neuroscientist Jeffrey Mogil, people were asked to rate their pain levels while soaking their hands in a bucket of cold water. Then, they were paired with either someone they knew or a stranger. When only one person out of the pair was soaking their hand, their pain rating matched their solo report. However, when both were in pain, people familiar with each other reported a higher perception of the pain than when they experienced it alone, whereas paired strangers reported the same levels as they had individually.

“The reason for this is the stress of exposure to strangers,” Mogil told the Daily. When this stress was blocked through the administration of drugs, strangers were effectively transformed into friends, experiencing the same increase in pain perception as the participants that had known each other. Playing a game of Rock Band together before the experiment was also found to prevent this stress, as the participants familiarized and became susceptible to pain contagion.

In the harsh world of ‘survival of the fittest,’ empathy may seem like a relatively useless ability, especially considering the disadvantageous forms it can take, like pain contagion. However, empathy is likely the evolved product of highly important survival tactics. Within a herd, individuals must be attuned to the emotional states of the animals around them to ensure survival. If an antelope senses a threat, it will panic and run, and the ability of surrounding antelopes to recognize and mimic this action will determine their ability to escape danger. Empathy is also a vital aspect of teamwork, communication, and parental care abilities that are central to survival in social animals.

From its evolutionary roots as an instinct to nurse wailing newborns and blindly run after panicking herd mates, empathy has grown into one of the most valued qualities in human society. However, as of yet, researchers are still unsure of the exact mechanisms behind it. Understanding the neural circuits behind empathy could significantly increase our insight into not only human psychology, but also the nature of many empathy-related developmental, neurological, and psychiatric conditions, such as autism, schizophrenia, and psychopathy. Already, our increasing understanding of the brain has allowed for experiments in empathy modulation, from administration of hormones to brain stimulation techniques. Many of these techniques seem to be effective and show promise. While the implications of this research are insightful, there is a strong need for further research.