Prison ‘rehabilitation’: another form of punishment and control 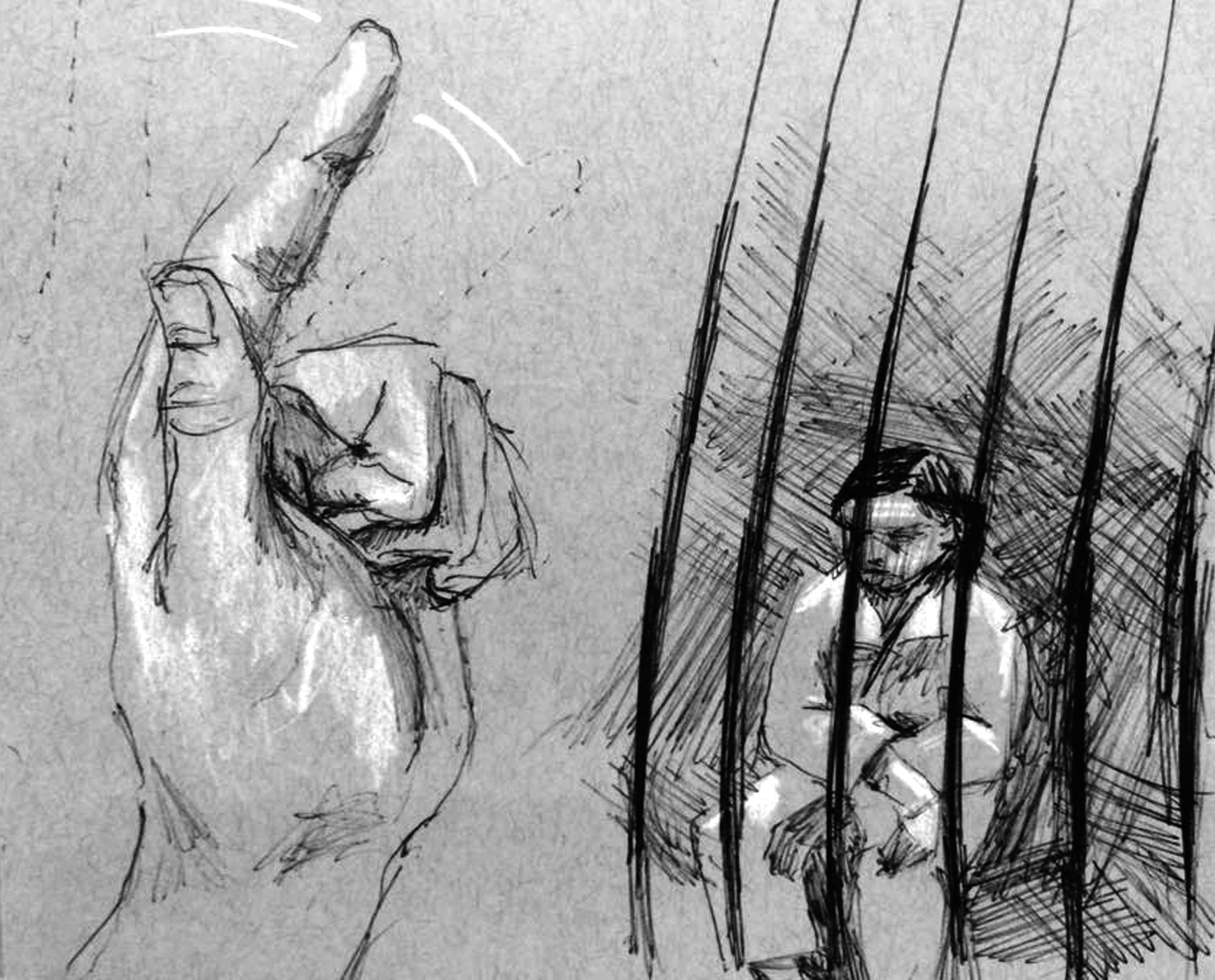 Nadir Khan’s piece on mandatory minimum sentences (“Mandatory minimums, maximum harm,” Features, February 2, pages 13-15) finishes with a call to fight these sentences and to push for a “system based on values of fairness, rehabilitation, and compassion.” From the 1970s to the present, prison reform has been centred on the concept of rehabilitation, in which prison is supposed to reform incarcerated people so that they successfully reintegrate into society upon release. Well-meaning, but quickly co-opted, rehabilitative policies actually tend to disguise the harmful and punitive effects of the Canadian penal system. Enthusiasm for the concept has led to a number of measures that are meant to help: ranging from parole officers, to halfway houses, to life skills programs, and to access to postsecondary and vocational study while incarcerated. Nowadays, however, these ‘rehabilitative’ approaches to the penal system are actually just another form of punishment.

In April 1971, there was a four-day riot at Kingston Penitentiary against overcrowding, cuts to programs and activities, lengthy periods in solitary confinement, very little time out of cells, and a lack of institutional channels to address these issues. The riot resulted in the death of two incarcerated individuals and the destruction of most of the prison. The conditions that incarcerated individuals fought against during this riot were not out of the ordinary. When a prison guard didn’t like an incarcerated individual, or if they were deemed a troublemaker, beatings, long-term solitary confinement, cutting electricity in the cell and water for the toilet, and flooding the cell were all common. This riot, and subsequent ones, forced the spotlight on prisons in Canada and paved the way toward the rehabilitative model of incarceration.

However, way before the tough-on-crime approach of the current Conservative government, the rehabilitative approach was co-opted and used as a way to increase the control and surveillance of individuals incarcerated and on parole. Parole officers are now a mandatory part of the prison experience regardless of available support systems, and they act as trip-wires for perceived public safety.

Well-meaning, but quickly co-opted, rehabilitative policies actually tend to disguise the harmful and punitive effects of the Canadian penal system

The role of parole officers isn’t to support people on parole in finding jobs, housing, or a solid support system. In fact, their role is to scrutinize those newly-released from prison to make sure they don’t break any of their parole conditions. These conditions leave people vulnerable to punishment at any sign of perceived ‘lack of transparency,’ such as failure to disclose to a parole officer every single purchase, phone call, or intimate detail of a partner or ex-partner’s life. Parole conditions can also include mandatory urinalysis, complete non-association with anyone who has a criminal record, and mandatory participation in life skills programs. This constant state of surveillance causes stress, especially since any perceived failure to adhere perfectly to the Correctional Service of Canada’s release plan results in an automatic return to prison. The person who was put in place to support you upon release now simply watches you, waiting for you to make the tiniest of mistakes.

Halfway houses – group homes often run by the state, complete with cameras, curfews, and round-the-clock staff – were another result of the turn toward rehabilitation, and were created for people who were getting out of prison and had nowhere else to go. But these days, halfway houses are a mandatory part of many sentences – regardless of need – contradicting their original purpose. The length of time spent in halfway houses has been consistently increasing over the last decades as well – now going up from six months to as many as three years, creating a lucrative economy for those who run halfway houses.

Life in these halfway houses is tough because of the state of limbo created from the illusion of freedom in an environment of constant control. Individuals on parole are forced to interact while in the house, yet are barred from speaking to each other outside of this setting, due to conditions of non-association with anyone possessing a criminal record. Under such conditions, you literally have to figure out if someone you are talking to has a criminal record within the first 15 minutes of conversation, or you could be thrown back in prison for violating your condition of non-association. This non-association condition also prevents friends who have supported each other while inside prison from continuing to see each other. The effect is to destroy any sort of social support network that people may have created for themselves with the only individuals they were allowed to see consistently for years.

These programs may have come from prisoners’ demands back in the day, but since the state has co-opted them, they have ceased to function under any guise of ‘rehabilitation.’ It’s just punishment via bureaucracy instead of physical abuse.

Furthermore, incarcerated individuals are also coerced into attending self-improvement programs such as anger management, Alcoholics or Narcotics Anonymous, budget management, along with other services helping with effective job applications, interview preparation, resume writing, and apartment hunting. If you don’t participate in these programs, you’re liable to have your visits cut and to be denied recommendation for parole. You might even see your security classification increased, resulting in a move to a higher-security prison often farther away from your outside support network, where your family or other visitors would have to pass extra security clearances just to be allowed to visit you. This coercion makes irrelevant whether people actually want to gain perspective and life skills.

As if that weren’t enough, these programs aren’t even accessible. Existing programs in Quebec are rarely offered in languages other than French, and waitlists to join any program are long. While you sit on the waitinglist, your parole officer ignores you, and the parole board denies you parole until you have completed the program. When the ‘rehabilitative’ era started, programs were run by outside volunteers who would come into the prison. These days, program instructors are no longer teachers or experts in certain fields; they are prison guards who often receive inadequate training. These programs may have come from prisoners’ demands back in the day, but since the state has co-opted them, they have ceased to function under any guise of ‘rehabilitation.’ It’s just punishment via bureaucracy instead of physical abuse.

The fear of bureaucratic reprimands and surveillance creates a constant climate of anxiety.

Last, but not least, access to any postsecondary education or vocational training has been almost completely eliminated, resulting in individuals leaving prison without the skills that enable them to support themselves. In the fall of 2013, the wage that incarcerated individuals earned working inside prison was cut by 30 per cent, going down to an average of $2.10 per day, with a limit on how much they can make every two weeks. With this pay, incarcerated individuals have to save for a very long time, not buying anything, to be able to afford a family visit in a trailer. This extremely low pay also prevents incarcerated individuals from having any financial resources once out of prison.

The rehabilitative approach has transformed the way control works inside prisons. Incarcerated individuals are not physically abused as much as they used to be anymore, but the constant surveillance and control leads to psychological harm. For example, any alleged deviance from the regimented prison routine or accusation, substantiated or not, is documented in your file by prison officials. Ten, twenty, thirty years later, these notes can and will be used to force you into another useless program, deny you parole, and generally keep you incarcerated. The fear of bureaucratic reprimands and surveillance creates a constant climate of anxiety.

Inside prison, the rehabilitative approach is often considered to be much worse than the punitive approach by individuals who have experienced both models. When imagining alternatives to mandatory minimum sentencing, solitary confinement, or any other aspect of prison viewed as unjust, it is important to remember that the Correctional Service of Canada will always co-opt any reforms and use them to reinforce its hold over incarcerated individuals. To effectively resist these policies, conditions, and the harm caused, we need to think of solutions that do not involve the Correctional Service of Canada.

The Termite Collective is a group of creative and concerned people who want to expose the increasingly repressive nature of prison through writing, workshops, political parody, and criminal cabaret. To contact them, please email commentary@mcgilldaily.com.