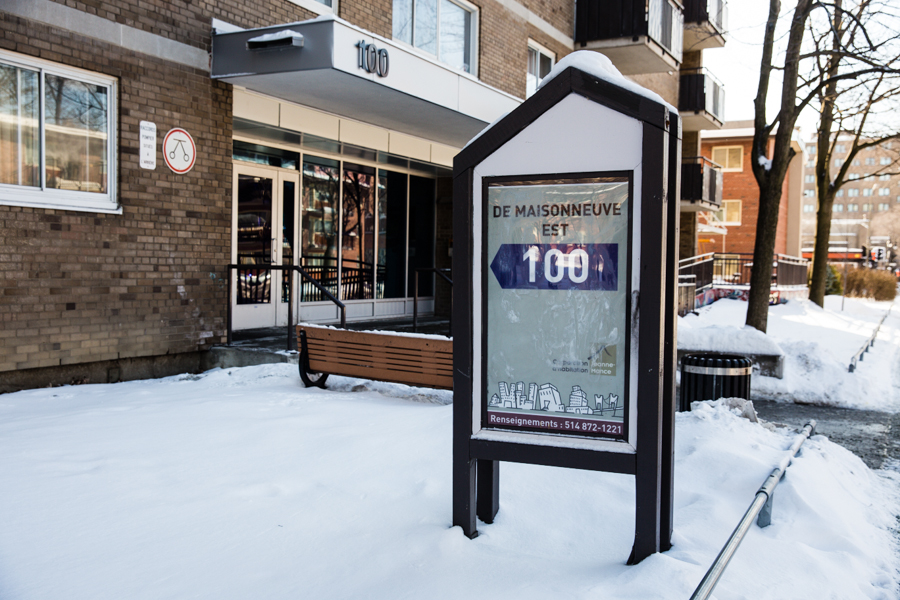 A far-reaching social movement is taking shape against expansive funding cuts to public institutions in Quebec.

“It’s [only] the beginning,” Quebec Premier Philippe Couillard said in French last April, announcing that $3.7 billion in cuts to public institutions would be made in 2014-15. “We’re at the beginning of an action that will be spread out over an entire [electoral] mandate.”

With the goal of balancing the budget by 2015-16 and running a surplus in 2017-18, the Liberal government has imposed severe cuts to education, healthcare, community organizations, and other public services.

The Liberals’ austerity measures drew the ire of a large portion of the population, with tens of thousands taking to the streets on October 31 and November 29. The movement is renewing its struggle with increased vigour in 2015 – the past few months have seen activists organize in interest-, institution-, or region-based Comités printemps 2015, or Spring Committees. The Comités are open to all, decentralized, and loosely coordinated through a “Comité large” that meets every few weeks in Montreal.

“We’ve been very active in supporting local picket lines of clinics and hospitals that are under attack recently,” said Richard St-Pierre, a Centre-Sud resident involved in the neighbourhood’s autonomous popular assembly, of the work of the Comité large in an interview with The Daily. Along with several unions and community organizations, the neighbourhood assembly regularly sends representatives to meetings of the Comité.

The Comité large had its first meeting of the year on January 12. “We just voted to start our 2015 campaign in January with support for daycare services in Quebec, [which] are under serious attack,” said St-Pierre.

“Through the years [since the 1970s], the struggle [for accessible daycare in Quebec] has continued to the point that we have the least expensive daycare services across Canada,” St-Pierre continued. St-Pierre also noted that the newly announced modulation of rates for daycare services imposed according to parents’ revenue will only serve to reduce government subsidies.

“We could do otherwise – reject the ‘there is no alternative’ argument […] and realize that there could be other choices.”

Various community organizations are also associated with the Comités printemps. On November 19, hundreds of these organizations across Quebec closed for 225 minutes in protest, to symbolize the $225 million in funding they lack to be able to provide adequate services.

“We had a promise from [the last Parti Québécois] government – they promised $120 million of [additional] money for these organizations,” Sébastien Rivard, coordinator at the Regroupement intersectoriel des organismes communautaires de Montréal (RIOCM), told The Daily in an interview. “We [had] been waiting for at least ten years for new funds, and the Liberals, the first thing they did – they cut [those] new funds.”

“[Underfunded groups] cannot provide the services they should to people, so, in the end, it’s people [who] are the victims of these austerity measures,” added Rivard.

At Collège de Maisonneuve, teachers and students alike have taken action to protest the Liberals’ particularly severe cuts to CEGEPs across the province. In November, the teachers’ union – the Syndicat des professeures et professeurs du Collège de Maisonneuve (SPPCM) – collaborated with the student association to stage a picket line.

In an interview with The Daily, SPPCM President Benoît Lacoursière described the austerity program as a political choice.

“There is plenty of ability to implement creative solutions to increase revenues from elsewhere,” Lacoursière said in French. “Many budgetary problems arise because the government doesn’t want to tax big businesses.”

“I think this movement [the Comités printemps] is very important. […] We have to stop [the cuts], and we have to do it this year,” he said, pointing to the fact that funding cuts are set to continue indefinitely.

According to Rivard, the RIOCM is planning a new strike day this spring on May 1.

“We could do otherwise – reject the ‘there is no alternative’ argument […] and realize that there could be other choices,” added Rivard.

“One of the challenges that we face is that there is a real willingness on part of both the government and public opinion to see these constant cuts and austerity as being something inevitable,” Irwin told The Daily.

“McGill wants to tell us that they are in dire economic straits all the time, but in fact, in some respects, their finances are more healthy than they like to present,” continued Irwin. For example, McGill’s budget projects an increase in net assets of almost $90 million for 2014-15, he said.

Ultimately, St-Pierre emphasized both the necessity for local organization and the global nature of the struggle.

“The solution, to our leaders, so far, is easy – it’s not up to them to pay for the crisis [of capitalism],” said St-Pierre. “If we don’t accept that logic, and I don’t think we should, the only alternative we have is to take the struggle into our own hands and say ‘no.’ And if this ‘no’ represents a call for a new society – even better.”

—With files from William Mazurek