Toward a waste-free wonderland

Multimedia project Alchemy of Waste exposes the treasures of trash 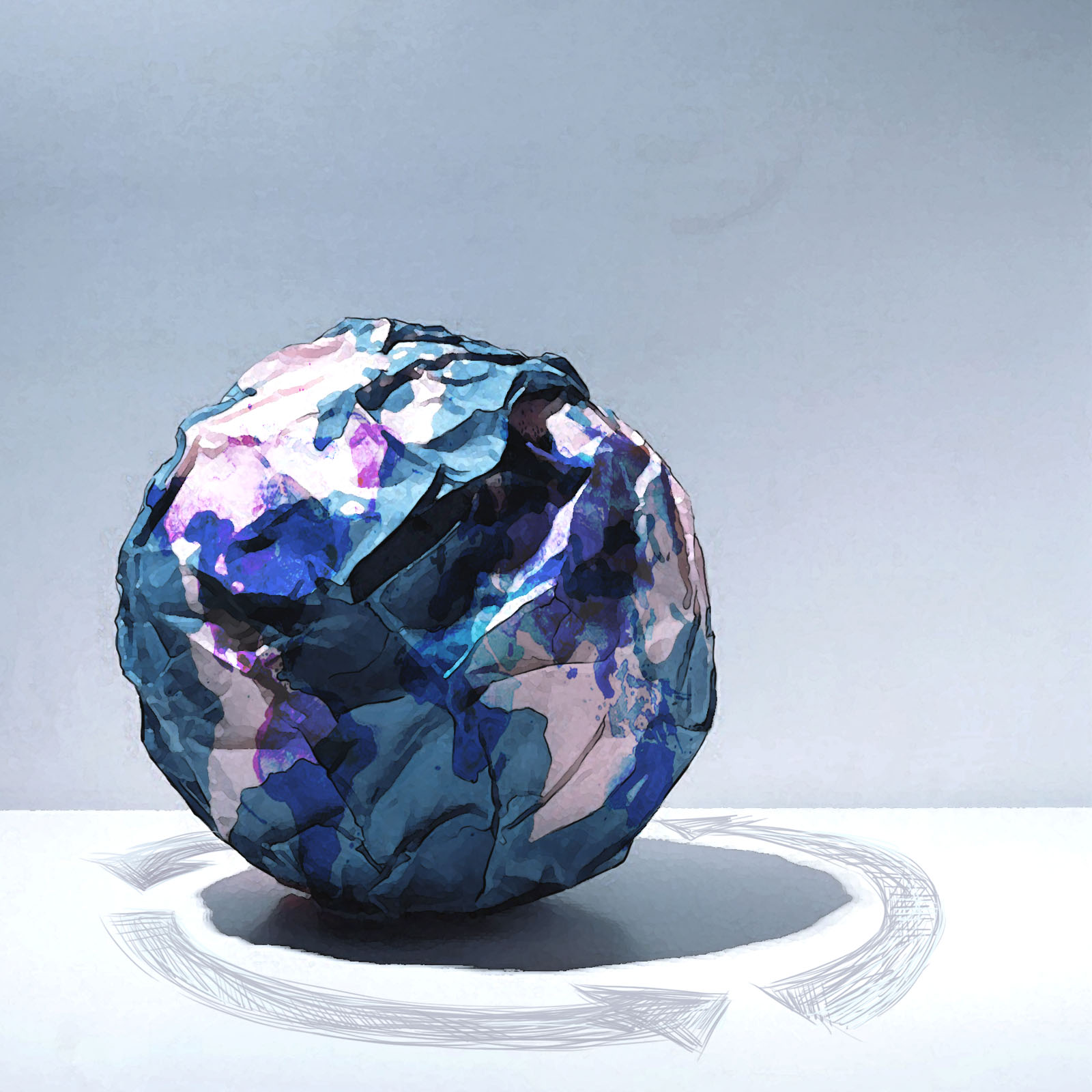 Generally, when we think an object has outlived its use, we toss it into the trash or recycling. Alchemy of Waste (AOW), a multi-dimensional multimedia art project that uses predominantly upcycled materials, aims to change this. Project founders Kamee Abrahamian and Katelyn Partlow are producing art and media that tell the story of a waste-free wonderland, with the goal of changing the popular view of waste.

Upcycling is the process of repurposing used materials and waste, giving them a second life by turning them into new products. The term ‘upcycling’ was coined to indicate the intention of turning old materials into products of greater value or quality. Unlike recycling, in which the consumer sends their waste off to a plant, upcycling is a first-hand process. Painting and converting a used glass bottle into a vase, for example, creates a creative connection between the user and their trash, in contrast to just throwing the bottle into a recycling bin. Participants in the upcycling movement reduce their carbon footprint by limiting the amount of brand new goods they purchase, while simultaneously limiting the amount of old items they send to landfills.

“[Humans] are the only creatures on this planet that produce useless output. […] We would like to be a part of the movement that changes that.”

AOW founders Abrahamian and Partlow are part of this growing movement, using art to reconsider the role of trash in their lives. Both have strong backgrounds in the arts: Abrahamian earned her Bachelor’s degree in Cinema and Political Science from Concordia, then went on to earn a Masters in Expressive Art Therapy with a focus on digital media and film; Partlow has worked on the production of a film called Fishing Without Nets, a winner at the 2014 Sundance Film Festival, and she also has an extensive portfolio of published photography.

“[Humans] are the only creatures on this planet that produce useless output,” Abrahamian tells The Daily. “We would like to be a part of the movement that changes that.” Abrahamian explains that she is “interested in producing work that allows participants to walk away feeling inspired to build on the upcycling perspective, and to find ways to integrate it into their lives.” Basically, Abrahamian adds, all upcycling folks are “trying to make trash cool.”

In order to make trash cool, it represents familiar artistic imagery in unconventional ways. The art in AOW utilizes trash in novel ways that stretch the limits of normative creation and consumption. One of the project’s pieces, a featurette entitled TerraCycle Bathtub, does this by turning a bathroom into a waste-playground. The featurette stars New York-based cabaret performer Dangrrr Doll who lays in a large tub filled with thin scraps of paper and hair adorned with soda can-curlers, laughing and playing. It makes bathing with scraps of discarded trash look fun and relaxing, nudging the audience to rethink the endless possibilities of using waste.

TerraCycle Bathtub is the second installation in the project’s ALL IS FOUND film series. The series is still in a work in progress and is open to submissions. “Our submission call out is meant to attract creatives who have an idea for a short film that would feature character(s) who upcycle, such as artists, musicians, designers, [and] builders,” said Abrahamian. With ALL IS FOUND still in production, the series’s trajectory has been far from lacklustre. The first installation of the film series is an official finalist in the 2014 Yosemite International Film Festival.

Film is just one of the project’s many mediums. According to Abrahamian, the two founders are “constantly coming up with ways to produce different iterations of AOW.” Many of these iterations are particularly focused on encouraging public participation, such as the ALL IS FOUND submission call, and the project’s upcycling workshops , which are meant to teach attendees how to incorporate principles of upcycling into their regular lives. Most recently, Abrahamian and Partlow conducted a soldering and circuit-bending event in Los Angeles, California. Circuit-bending is the creative practice of customizing the circuits within electronic devices to create unique sound generators. Workshop participants were asked to bring their own supplies, such as electronic kid’s toys and keyboards, to re-circuit and create brand new instruments.

“Waste is the medium. It’s a material that can be manipulated and repurposed.”

Originally, workshops and video installations were not entirely what Abrahamian had in mind. “The project has developed quite a bit since we started. Mostly in the way that it is constantly taking different shapes,” said Abrahamian. “It started off as an idea for […] a big, high production, immersive show that only used upcycled materials as its set and scenography.” However, Abrahamian soon discovered the reality of doing large independent projects: funding is key. “We don’t want to just sit around and wait for funding. We also don’t want to resort to crowd-funding,” Abrahamian explained. The two creators have learned to take a different approach. “Now when we have an idea, we work on developing it first before we think of ways to fund it.”

The upcycling movement has gained support and momentum over the years, as made abundantly clear by just one visit to the AOW Tumblr. The blog showcases the work of many other upcyclers and dumpster divers turning trash into treasure, art, and useful tools. Still, the logic behind upcycling continues to be considered fairly radical by many. Trash has a bad rap in our Western consumer society, one that attaches great importance to purchasing new items – the most recent iPhone, the most current fashion. Once an item has been replaced in the market, it is considered “waste,” devoid of value.

Yet from Abrahamian’s perspective, in the world of art, upcycling is a form of its own. “Waste is the medium. It’s a material that can be manipulated and repurposed,” Abrahamian said. “It doesn’t have to just be thrown away into a bag that goes on our driveways then disappears magically into an imaginary island full of recycling fairies that no one thinks about.”

Once an item is thrown out, consumers can easily forget about it and forget about where it is going: more often than not, to a landfill. Though recycling propaganda can be effective, Abrahamian takes a different approach to inspiring waste-consciousness. “We want to engage people through the arts, in a way that empowers them instead of making them feel guilty,” Abrahamian said. “Personally, I don’t think shoving sad images of birds with plastic in their stomachs is going to make a long-lasting change. It shocks us, makes us aware of the problem, but leaves us walking away feeling really bad about the state of our being in the world and the environment.”

Alchemy of Waste is intended to inspire rather than shame audiences into becoming more eco-friendly and conscious of the waste they produce. Operating on the idea that positivity is more powerful than pessimism, the project is an artistic endeavour that not only presents an alternative way of seeing the world, but also an alternative way to live it.

Details on Alchemy of Waste can be found on their website at alchemyofwaste.com