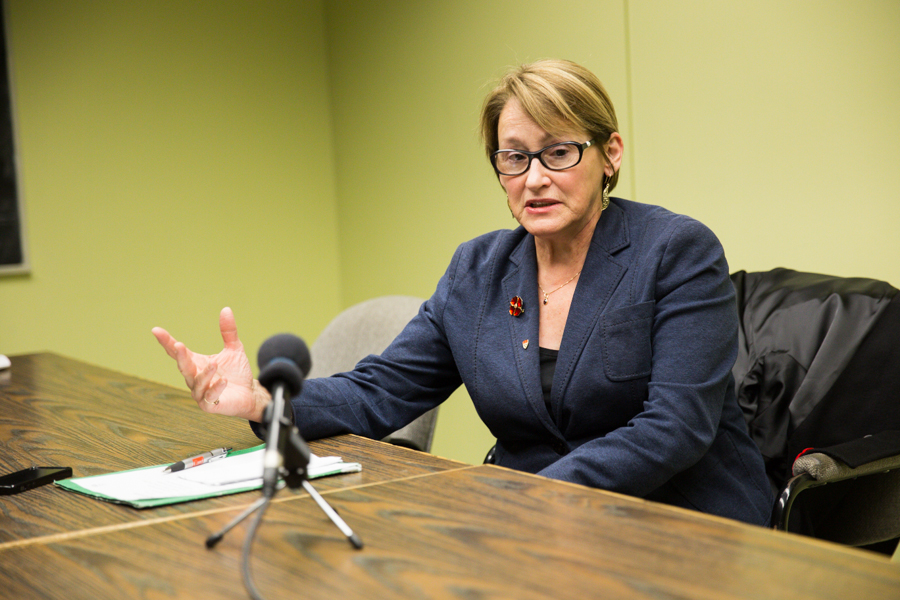 The inauguration of Suzanne Fortier as McGill’s new principal in September 2013 was to mark the beginning of a new era, one in which the administration strove to be open and accountable to the community. Unlike her predecessor, Fortier makes a point of emphasizing her role as a megaphone for the community, a “reflection of [McGill’s] collective vision.” After a year in office, Fortier says, in an article in the McGill Reporter, she has begun to “crystallize the hopes, the goals, and the ambitions of this community.” Yet the University’s ever closer ties with industrial interests suggest otherwise.

The past two years have also marked a new era in sustainability at McGill with the launch of Vision 2020, a long-term sustainability strategy for McGill. The project, sponsored by the McGill Office of Sustainability, brought over 1000 stakeholders together to draft long-term goals and concrete actions for promoting sustainability in McGill’s research, governance, administration, connectivity, operations, and education.

Following the widespread expression of community interest in ethical investments by groups such as Divest McGill and the McGill Office of Sustainability, the Board of Governors’ (BoG) Committee to Advise on Matters of Social Responsibility (CAMSR) – responsible for assessing the “social injury” caused by McGill’s investments – undertook a BoG Terms of Reference review with community consultation for the first time. As a result, the Terms of Reference were amended to include “grave environmental damage” as one of the criteria to consider in proposing changes to McGill’s financial holdings. Bowing to unprecedented interest from the community, CAMSR revised its role, acknowledging it ought to be more proactive. Before, it would simply make recommendations regarding petitions without conducting meaningful research.

After a year in office, Fortier says, in an article in the McGill Reporter, she has begun to “crystallize the hopes, the goals, and the ambitions of this community.” Yet the University’s ever closer ties with industrial interests suggest otherwise.

In the words of Fortier herself, “Sustainability is a priority at McGill.” It is tempting to link these two phenomena; a new principal, determined to base her platform on the community’s needs, and a new wave of sustainability at McGill. Accepting this narrative, the increasing ‘green-ness’ of our campus seems inevitable. To many students, it seemed that the cogs of the bureaucratic machine were turning at last.

But a shift in language is only as valuable as a corresponding shift in action. Many students interpreted Fortier’s ‘community-driven’ platform as a promise not just to listen, but to act on the demands voiced by the students at McGill, the voices least represented at the governance table. Students would welcome such a platform, in a school where the average student is unable to even speak or ask questions at BoG meetings (held in a room with extremely limited capacity for audience attendance), and where student engagement with the administration is limited to one of three options: send an email (or ten) and await an unlikely reply; hope that the two student voices on a board of 25 will bring up the issue; or protest, hoping to create enough pressure so administrators can no longer ignore the issue.

Even when student voices are heard, and their initiatives are considered, the administration is very reluctant to implement them fully. For instance, Vision 2020 originally began as a truly collective grassroots vision, before facing significant barriers from the administration. The McGill Office of Sustainability was forced to substantially reduce the ambition of the document before the BoG would approve it.

Sustainability initiatives at McGill have all followed the same process: dedicated students do the labour-intensive research, campaigning, and legwork, often mobilizing student funds in the process, at which point the University green-lights a less ambitious incarnation of the project, co-opting it as yet another example of how sustainable McGill really is.

A shift in language is only as valuable as a corresponding shift in action. Many students interpreted Fortier’s ‘community-driven’ platform as a promise not just to listen, but to act on the demands voiced by the students at McGill.

It’s important to remain critical of just who is actually being consulted as Fortier’s ‘community.’ When members of Divest McGill met for the first time with Fortier this summer, presenting a vision of a university that does not invest in corporations directly responsible for causing social injury and the destruction of the planet, and asking about the Principal’s stance on fossil fuel divestment, Fortier refused to even put forward a presentation in front of the BoG or a meeting with the Investment Committee. Given the chance to prioritize the voices of students, and to address demands being made by members of the McGill community, Fortier refused to promote open dialogue between students and relevant decision makers.

The McGill administration historically has had trouble defining ‘community.’ Take the most recent joint BoG-Senate meeting, closed to the public, whose theme of “community engagement through research and innovation” was no more than a presentation of how industry might best leverage our community to maximize its profit. Last year, a conference was hosted by the Institute of Canadian Studies, purporting to discuss whether Canada is a petroleum economy. Although it was promoted as a balanced discussion by relevant experts, the conference featured a presentation from the vice president of Canadian oil company Cenovus Energy, John Brannan, and an appallingly racist and sexist speech by media personality Ezra Levant, while leaving little time for voices from frontline communities.

Both Fortier and the McGill administration have a history of prioritizing corporate interests over student voices, with the replacement of Tim Hortons with Prèmiere Moisson as a recent example. Not to demonize all such decisions, but one has to ask: whose voices are truly being heard?

Even when student voices are heard, and their initiatives are considered, the administration is very reluctant to implement them fully.

The fossil fuel industry has done everything in its power to dominate the conversation on sustainability. From the involvement of Suncor and Syncrude in the redesign of Alberta’s kindergarten-to-third-grade curriculum to the success of oil and gas corporations in lobbying Ottawa against greenhouse gas regulations, corporations are using their financial clout to leverage national politics. At McGill, one of the major partners of the Trottier Institute for Sustainability in Engineering and Design (TISED) is Total E&P, a company dedicated to promoting the “sustainable development” of the tar sands. According to a study published just this week, at a very conservative estimate, no more than 15 per cent of Canadian oil reserves can be used by 2050 if we have any chance of limiting global warming to 2 degrees Celsius, assuming technology develops to make tar sands extraction cleaner than it is at present. The study also emphasized the limited impact of carbon capture and storage technologies, which are at present just becoming commercially viable but remain both energy-intensive and expensive.

Students campaigning for sustainability initiatives face hurdle after hurdle at multiple levels of the administration. Time and time again, student activists are told, “Be patient, change takes time.” Asked by campus media on November 12 how McGill’s investment choices will mirror community opinion as widespread support grows for fossil fuel divestment, Fortier responded, “You start getting there into the zone of evaluation of what is the impact and at what point is it important to take serious action, it’s not a simple thing.” Which raises the question, important to whom?

The science is clear, and the call for serious action has been made time and time again. McGill, as an institution for higher learning, has an instrumental role to play in fostering a new culture of sustainability. The McGill community – students, staff, faculty, alumni – has made clear time and time again the importance of sustainability. While Fortier presents a new image of McGill’s administration, the underlying attitudes, structures, and barriers remain unchanged. The goals of McGill’s sustainability community, largely elucidated in Vision 2020, are truly a “collective vision” of what McGill could, and ought to be. Now, it’s up to Fortier to honour her commitment to reflect our vision.

Ella Belfer is a U2 Joint Honours Economics and Environmental Studies tudent and a member of Divest McGill. To contact her, email ella.belfer@mail.mcgill.ca.