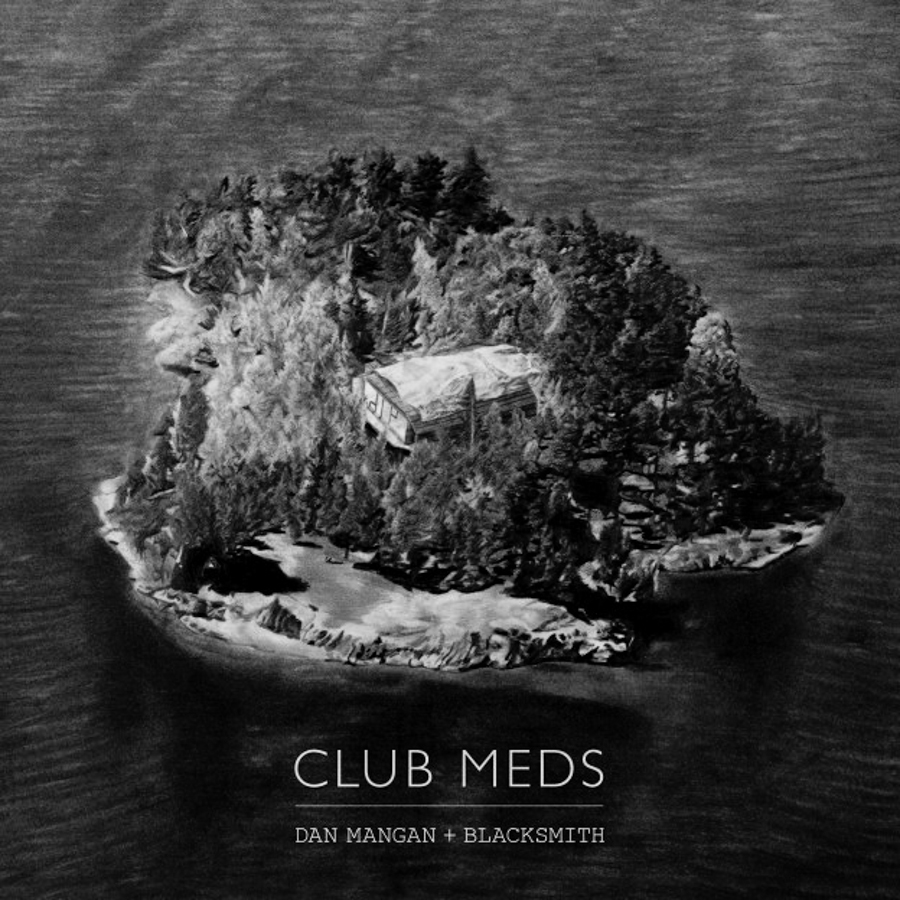 The hypnotic synth-guitar is what really pulls you into the opening track on Dan Mangan + Blacksmith’s recently-released album Club Meds, highly anticipated since Oh Fortune, Mangan’s critically acclaimed 2011 album. This is the Vancouver singer-songwriter’s first album under this name, giving much deserved credit to the host of Canadian musicians that make up the backing band. Along with the new name, Club Meds sets a new standard for Mangan, an experimental record that comes across as a wave of lo-fi sound, infinitely sweeping across your senses.

According to the record’s liner notes, “Club Meds is about sedation.” It’s hard to disagree, as Mangan’s indie-electro sound combines dreamy synth riffs with a hazed-out guitar to gently put you into a happy daze. The album begins idealistically, with the groovy drum patterns in “Vessel” jumping right into the rapid snare that rips through “Mouthpiece.”

The record then descends into drawn out, looping songs with instrumentals, nostalgic of quiet days spent alone in mid-album tracks like “XVII” and “War Spoils.” Mangan’s lyrics speak to the regrets of our millennial generation, the fear in our loneliness, while still keeping a sincere optimism in tone – helping his music stand out from the cynicism prominent in indie-rock bands.

Club Meds jolts out of its dreamy state with the crashing orchestra finale in the closing track, “New Skies.” The album’s instrumentals, courtesy of Blacksmith, play a major role in the grounded folk sound. The impressive harmony of the string and brass musicians has the creative flair of sidewalk buskers and the professional talent of an orchestra.

Dan Mangan + Blacksmith break down the barriers between instrumental folk and experimental indie-synth, a beautiful combination. The bleak tone of some songs is overpowered by the album’s total bliss attitude, lyrics of our millennial frustration overpowered by upbeat music. So maybe the album is less about sedation than the proceeding awakening. It leaves you in anticipation of happier days as Mangan sings, “new skies are upon us, seems the worst is behind us” – an important thing to remember during these dreary winter days.

Club Meds was released January 13 by Arts and Crafts Productions.