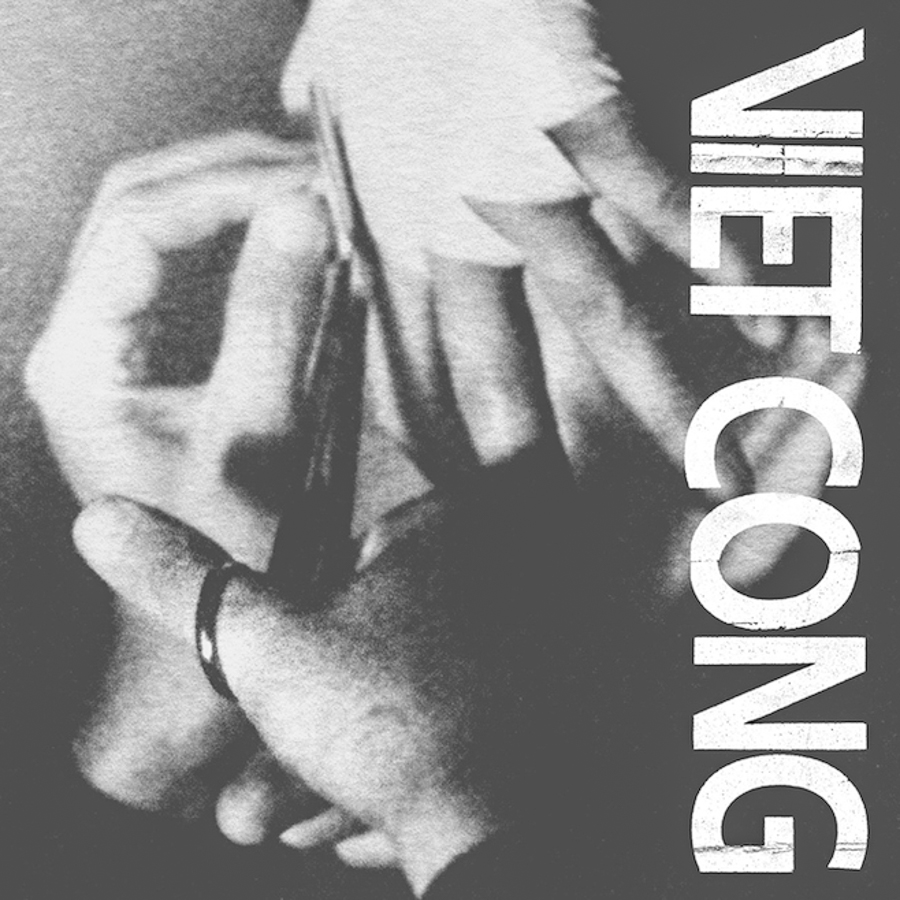 Viet Cong has already gained popularity across Canada and is due to set off on tour across North America and Europe soon – despite only releasing their first studio album this week. Hailing from Calgary, this four-piece band is said to belong to a multitude of genres, from post-punk to indie to experimental, and has already acquired a reputation that precedes them on the music scene.

Their self-titled debut album makes it clear why their music has enraptured the local scene. Viet Cong doesn’t shy away from the atypical, from their lo-fi grungy recording style to their cryptic lyrics. The listener meanders through their songs, unaware of where they will lead. “March of Progress” begins as an instrumental, constructing a repetitive dreamscape with seemingly unstructured white noise. Yet as the song progresses, the noise gives way to gentle strumming with a minimal drum beat, which in turn quickens its pace, leading to the final explosion of psychedelia of guitar riffs before the abrupt end.

Their music embraces the atonal, the band unafraid in using an electric guitar in “Bunker Buster” that clashes against the melody with shrill and nagging purpose. Oscillating from marked apathy to fuelled aggression, vocalist/bassist Matt Flegel’s monotone croons demonstrate his ability to convey dreary ambivalence while maintaining the music’s energetic angst.

While Flegel may be the frontman, drummer Mike Wallace unifies the group. Wallace’s steady and simple rhythms create a structure that contrasts with the wonderfully amorphous instrumentals and binds all four members’ music together. In “Continental Shelf,” arguably the band’s most popular song as well as one of its oldest, Wallace’s beats gallop the song forward against Scott Munro and Daniel Christiansen’s lagging guitars and synth along with Flegel’s drawling vocals.

Whether it be their ambiguous genre, their experimental yet accessible sound, or their local Canadiana status, this album is well-worth checking out.

Viet Cong will be released January 20, and they will play at Bar “Le Ritz” PDB a mere ten days later, on January 30.