Austerity and the war machine

Cuts lead to more military research and a ‘brutalist’ university 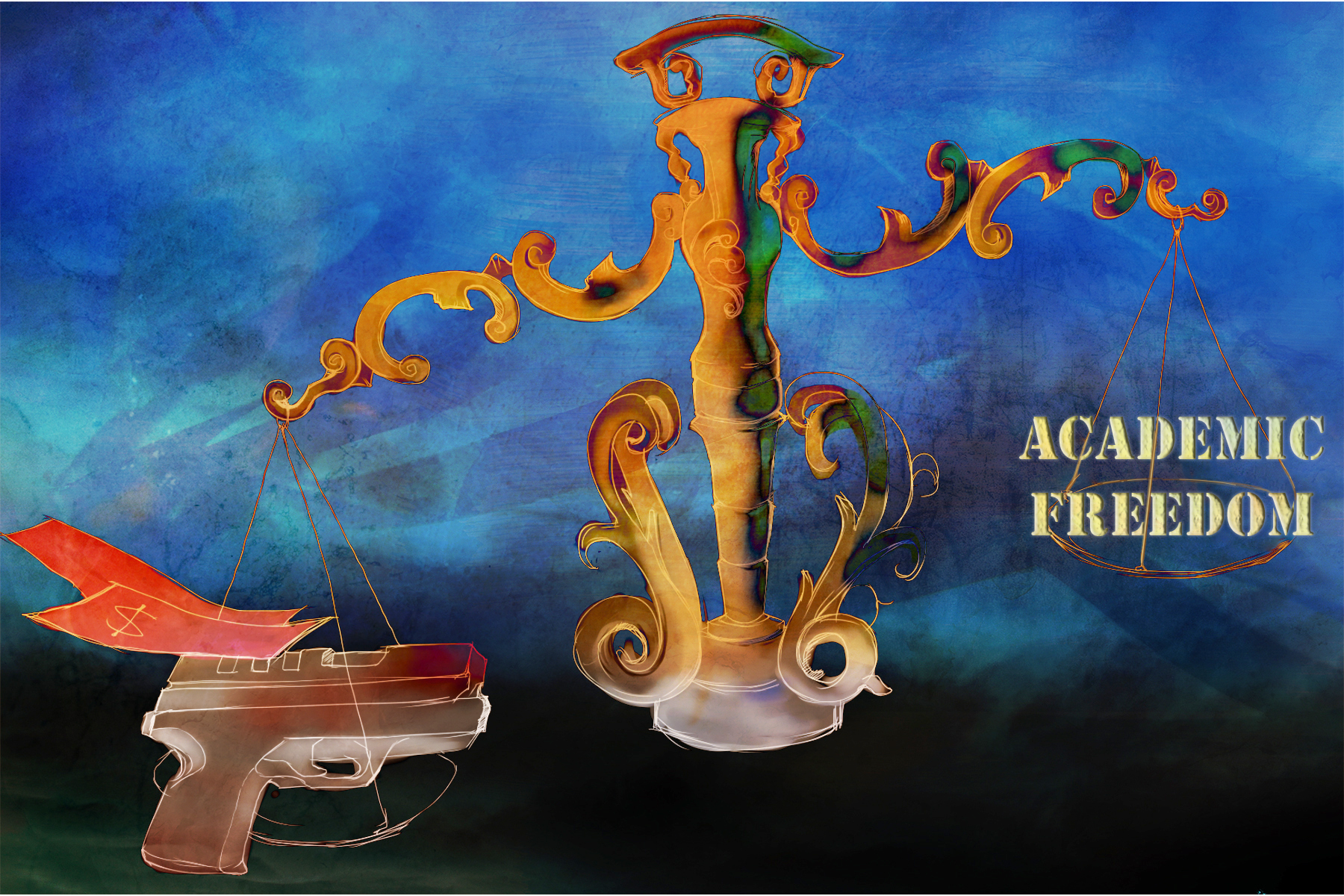 Last semester, the Students’ Society of McGill University (SSMU) adopted positions of solidarity against austerity and in opposition to the development of harmful military technology on campus. Though presented as separate motions at the October 22 General Assembly, the issues are in fact closely linked. The connections between universities and the war machine are not new, especially at McGill, but austerity policies breathe new life into those ties.

Austerity is a political approach that prioritizes a balanced budget (in Quebec, “déficit zéro”) over social welfare, using cuts to social programs to offset the lost revenue caused by years of tax cuts for corporations and wealthy citizens. As Quebec’s funding for universities is repeatedly cut, McGill’s administration increasingly advocates corporate research partnerships as the solution. The pressure to seek external funding for research has led professors and graduate students to forge close ties with military contractors and even Canadian and foreign military agencies. Austerity further subjects university activities to the logic of the market, reducing claims of academic freedom and ethical research to empty words.

The connections between universities and the war machine are not new, especially at McGill, but austerity policies breathe new life into those ties.

While university funding is gutted, defence budgets remain nearly untouched by austerity policies. Though the federal government aims to cut $90 billion (nearly one third) of its budget between 2010 and 2017, the Department of National Defence has only reduced its overall spending by two per cent to date. Researchers seeking partnerships are thus increasingly pushed to get funding by conforming to the agendas of funding entities, including the military. This is exacerbated at McGill, where the office of Research and International Relations provides additional support to those projects most likely to bring in external funding.

As some faculties and programs adapt to the new economy, reconfiguring their program as uncritical job-training and their students as unpaid workers in the military-industrial complex, others will be starved and discounted until they have to close their doors. Universities around the world are already showing a trend of favouring certain programs, especially applied sciences, engineering, and business, over disciplines with fewer direct ties to industry, especially the humanities.

Where does this leave education? What remains is only what cultural critic Henry Giroux calls a “brutalist” and “pragmatic” university that positions students as cogs in a wheel rather than critical participants in society­ – let alone as curious and caring people who build knowledge as they build lives and communities. This functionalist model that is the product of austerity and militarization does not even ensure financial stability for the students involved, with research jobs outsourced to universities, the corporate sector can afford to make fewer and more temporary hires in-house. Faculty too are increasingly insecure, as tenured and tenure-track positions evaporate, and ever more courses are taught by precarious, poorly-paid contract workers.

How do we escape this agenda and reclaim education and the university from the gears of the military capitalist machine? Quite simply, we must refuse and resist to be made its subjects. Student resistance has begun strongly and must continue to grow. But the involvement of faculty is essential. In the interests of their students, of their disciplines, and of the world we are shaping, faculty must resist the lure of military funding: the strings attached pull their teaching and their students out of an educational environment and into a precarious, for-profit system. Faculty in disciplines outside the scope of the military-industrial reach are also integral to this struggle, as the same logic cuts funding to their departments – at McGill, this includes reducing academic and administrative positions, refusing to buy print materials for the libraries, and making access to the basic requirements to do their jobs contingent on external research funding. Austerity budgets and military collaboration are presented as inevitable. But with the commitment of faculty and students, we can resist both and build a community that values learning over profits.

Rachel Avery is a PhD student in Musicology, and Mona Luxion is a graduate student in Urban Planning. To reach them, email m.luxion@gmail.com.