You say cut back, we say fight back 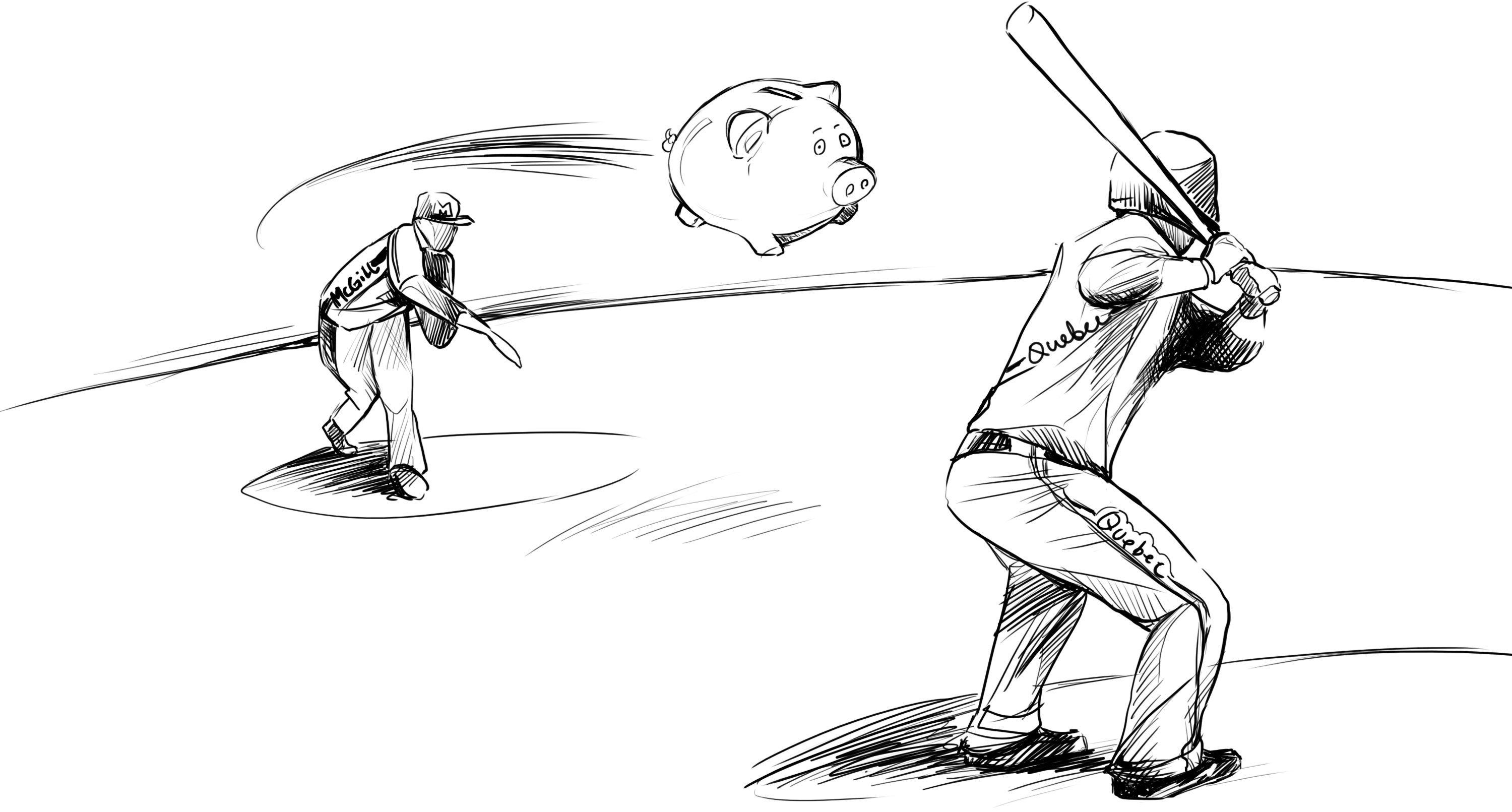 Thousands of people across the province took to the streets last week in opposition to the Quebec government’s austerity measures, particularly in healthcare and education. The provincial cuts were also a hot topic at the McGill administration’s open forum on the University’s financial situation – but its rhetoric was miles away from one of resistance. Although its 2014-15 operating grant was $15 million lower than expected, with more cuts of similar magnitude expected in the coming months and years, McGill has failed to denounce funding cuts to universities, exhibiting stunning complacency and short-sightedness.

Many other Quebec universities, including Université de Montréal and Université du Québec à Montréal, have taken a public stance against the cuts. Instead of following suit, McGill has distanced itself from other Quebec universities, arguing that its financial situation is not a “crisis” because it has taken more cautious budgeting measures than other universities. Yet the profound effect of these cuts on McGill is indisputable: the hiring freeze, the reorganization of the workforce, and the cuts to student services have affected, and will inevitably continue to affect, both workers and students. In particular, the administration’s lobbying for “flexibility” from the government, if successful, will likely translate into additional tuition increases for international students.

Notably, the administration’s current discourse is very different from the one it adopted in 2013, when the Parti Québecois (PQ) reduced university budgets by partially rolling back a planned tuition increase. At the time, McGill eagerly opposed the cuts in a strongly worded statement, calling them “dangerous” and “a real threat to the health of our university system.” Although the Liberal cuts to the system have already largely exceeded the PQ’s $123 million, this time, McGill’s words of condemnation are nowhere to be seen, Provost Anthony Masi instead called the government’s austerity measures “responsible.” In contrast, SSMU and PGSS, who co-signed McGill’s statement against the PQ cuts, have recently taken positions on austerity diametrically opposed to McGill’s.

Not only is McGill’s failure to take a stance against cuts to its own budget surprising, it is also highly irresponsible and harmful to the university’s future. At a time when our public services are being slashed, it is in the students’, employees’, and ultimately, the university’s best interest to join the Quebec-wide resistance to austerity. In 2013, McGill made an “appeal to Quebec society as a whole to join together to protect and sustain the universities as a key resource.” The University now needs to follow through on this statement and stop pandering to neoliberal government policies.

­—The McGill Daily Editorial Board