Redmen finish season at the bottom of RSEQ 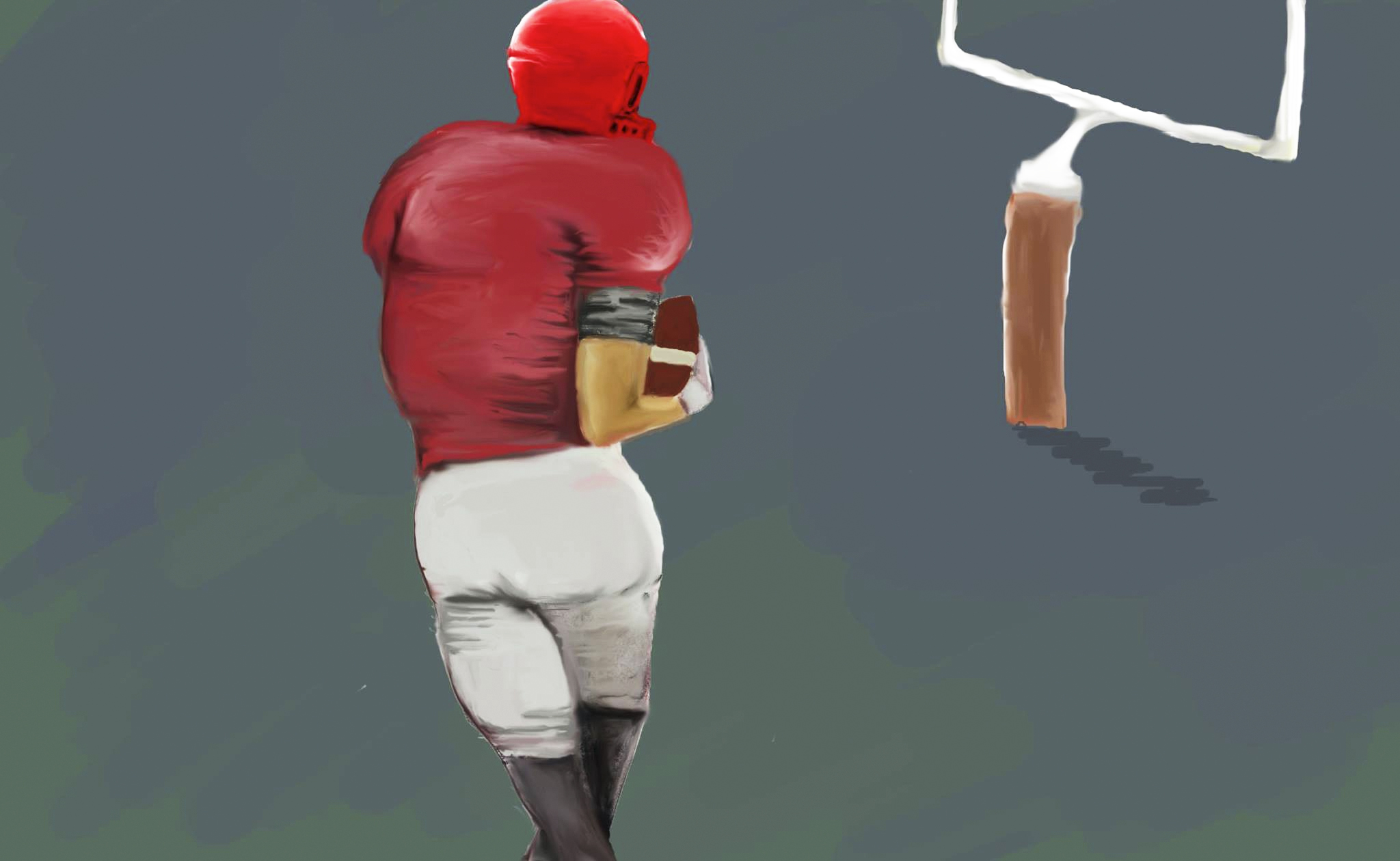 On, November 1, the McGill Redmen football team ended their season exactly the same way they started it’s, with a loss to the Concordia Stingers. The only difference this time around was that the game was nowhere near a blowout, but rather the closest the Redmen have been to victory all season.

McGill took an early 1-0 lead before the clock even started. Nils Jonkman, the Redmen kicker, put the ball through the end zone on the opening kick-off with a little bit of help from a gust of wind.

The Redmen carried the lead until the very end of the first half, when McGill kick returner Kenny Baye fumbled the ball in the end zone, and Stingers defensive player Jordan McLaren jumped on it for the touchdown, making the score 21-18 for the Stingers.
Later in the fourth quarter, Stingers kicker Keegan Treloar kicked a 15-yard field goal, making it 28-25 for McGill with only six minutes and 18 seconds remaining.

As usual, McGill decided to take a knee in the end zone, surrendering two points to the Stingers and making it a one-point lead with little to no time left.

On the Stinger’s last drive of the game, they failed to reach the ten yard mark on second down, and their only hope for victory was to send out Treloar for a 45-yard field goal attempt. McGill ran out of luck, and the field goal was made. Concordia took a two-point lead, leaving the Redmen only 28 seconds to come back, where they had an unsuccessful four play drive, dropping the last game of the season with a final score of 28-30.

For McGill, points came from Jokman, who kicker two rogues and three extra points; punter Rémi Bertellin, who also added a rouge; and receiver Raphael Casey, quarterback Joel Houle, and running back Pelle Jorgen, who each had one yard rushes for touchdowns. Concordia also kneeled the ball in the endzone twice, giving the Redmen an extra four points.

Since the opening game of the season, the Redmen have faced anuphill battle. A total of nine players faced season-ending injuries throughout the year, including starting quarterback Dallon Kuprowski with a concussion, defensive tackle Olivier Cain-Tremblay with a fractured fibula; defensive end Carl Laverdiere with several concussions; and defensive back Alexandre Lefebvre-Tardif with an assumed torn anterior cruciate ligament (ACL).

Aside from injury-related issues, McGill running back Luis-Andres Guimont-Mota was arrested mid-season after he faced charges of domestic assault. Soon after, he was suspended from the football team.

The suspension of Guimont-Mota also prompted the resignation of head coach Clint Uttley. One of the reasons Guimont-Mota was suspended was due to his previous criminal record; however, Uttley said that he believed in the rehabilitation of players.
Since the team no longer has a head coach, both offensive coordinator Patrick Boies and defensive Coordinator Ron Hilaire have stepped up as interim head coaches.

The last time the Redmen had a winning record was in 2002, where the team went 7-1 and placed first in the Québec University Football League (QUFL), which has now been renamed the Réseau du sport étudiant du Québec (RSEQ). Over the last ten seasons, McGill has played 82 games, only 17 of which have been wins. That puts their overall record for the past ten seasons at 17-69.

With the hiring of a new head coach, there’s a possibility of change, which we can only hope will bring victory to Redmen. It has yet to be seen if McGill will look to hire internally or will look for external candidates, but both Boies and Hilaire have been asked to submit applications for the position.

The most positive aspect of the 2014 season for the Redmen was the success of rookie all-star linebacker Karl Forgues, who came through with a break-out season. Forgues lead the RSEQ in total tackles, and finished second in the forced fumbles category. Nationwide, Forgues came second in the Canadian Interuniversity Sport (CIS) standings with total tackles, third with eight total sacks, and tied for fourth in the tackles for loss category. This puts Forgues in very good standing to be named the RSEQ Rookie of the Year, and even potentially the CIS Rookie of the Year.

Overall, this wasn’t the season the Redmen were hoping to have, but at this point the only way to go is up. McGill will recruit heavily this off-season in hopes of building up for future seasons, but the main priority will be to hire a head coach who has the ability to bring the McGill football program back to the top of the RSEQ, and hopefully the CIS.