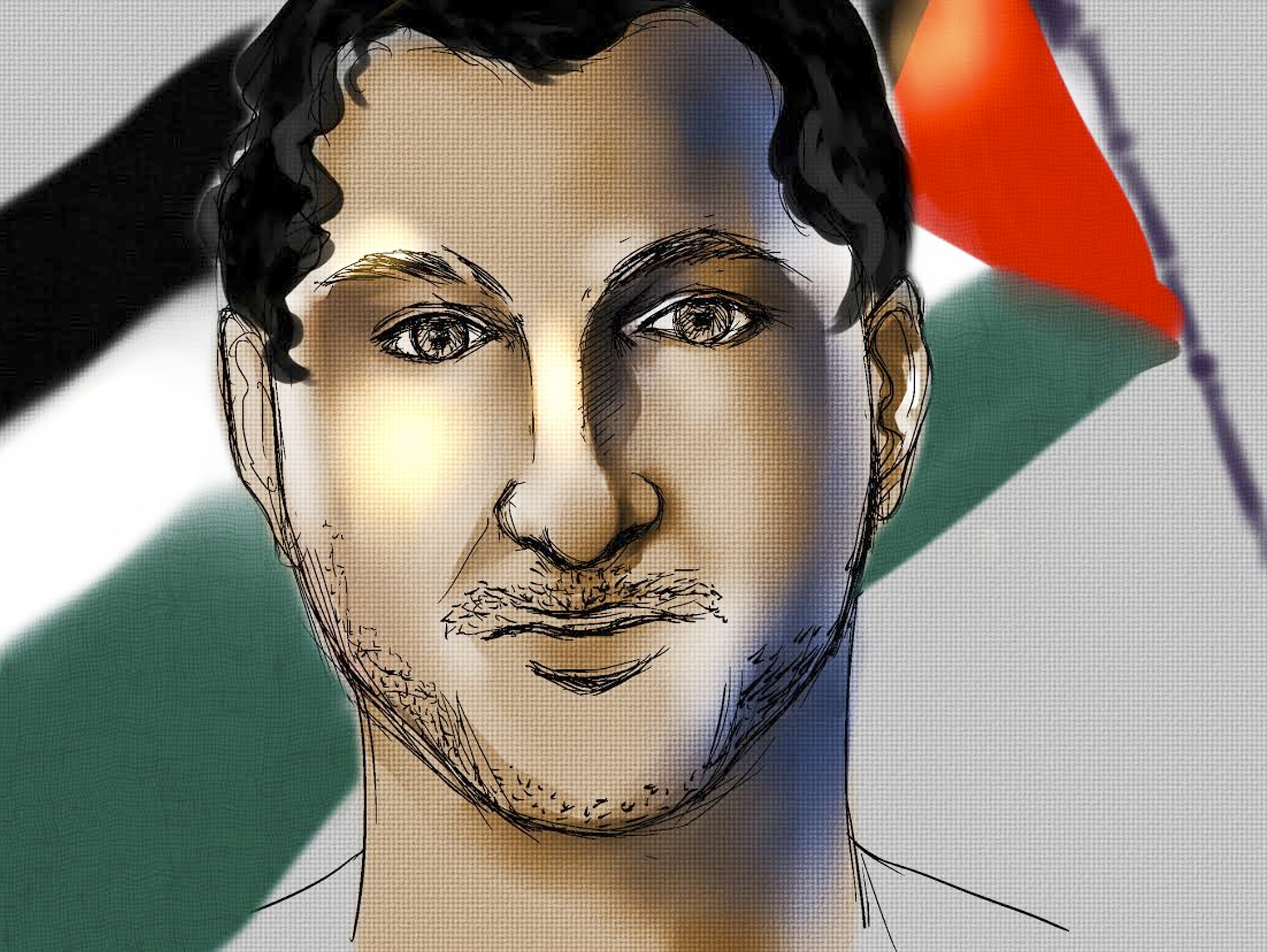 The SSMU ballroom was unusually crowded this Halloween as nearly a hundred people gathered to hear 33-year-old slam poet and political activist Remi Kanazi perform. The event, “Poetic Injustice,” was jointly sponsored by Independent Jewish Voices, Tadamon!, Solidarity for Palestinian Human Rights – both the Concordia and McGill chapters – and McGill’s Institute of Islamic Studies. During the recent SSMU General Assembly, the topic of Palestinian human rights caused a great deal of agitation in the same ballroom, but this poetic event allowed for a vastly different atmosphere.

To Kanazi, the topic of Palestinian human rights is a personal one, his family hailing from Jaffa, Haifa, and Nazareth, all parts of historical Palestine. His whole family has felt the shock of displacement first hand. In an interview with The Daily, Kanazi explained that his grandmother was forced to leave Palestine when pregnant. He joked that when his mother was born in Lebanon, she “came out of the womb […] and said ‘Where am I?’” His poetry conveys such harsh realities and rages against these oppressions.

At the event, Kanazi juxtaposed his hard-hitting content with an approachable demeanour, introducing himself to the crowd with characteristic eloquence. Kanazi explained that with his poetry, he opposes oppression in a non-violent manner. He acknowledged that many of the issues he describes are unsettling, touching on atrocities which Palestinians experience daily and which most of us in the audience could never imagine. However, he is also firmly unapologetic about this difficult subject matter. Kanazi emphasized at the event that the short amount of time we spend speaking about pain pales in comparison to what a three-second decision by the U.S. government can inflict on the targeted people of Palestine.

Often focusing on brutally real and overwhelmingly personal experiences, Kanazi’s poetry shocked the audience into awareness. Before passionately launching into a rendition of his poem “Tone it Down,” Kanazi shared his source of inspiration for the piece. He was once approached after a poetry reading by two drunk men at the bar in which he was performing. “You’re brown and angry,” shouted a drunk white man, to whom Kanazi considered replying, “You’re a white supremacist.” But he held his tongue and saved his words for the poem, turning his frustration into an eye-opening performance.

“People don’t want dialogue, they want domination,” he boldly claimed in a space where dialogue had been indefinitely postponed just a few weeks before. “Actively investing in oppression is not neutral.”

With titles like “This Divestment Bill Hurts My Feelings,” “An Open Letter To Campus Zionist Groups and University Chancellors,” and “Normalize This,” much of Kanazi’s poetry also pushed against the normalization of violence and the rhetoric of neutrality with regard to the Israel-Palestine conflict. “People don’t want dialogue, they want domination,” he boldly claimed in a space where dialogue had been indefinitely postponed just a few weeks before. “Actively investing in oppression is not neutral.” Kanazi’s voice rang out clearly as he uttered these powerful poems and statements, making it hard to believe otherwise. He stood tall and convincing. In a white t-shirt emblazoned with a painted fist, symbolically colored green, red, and white like the flag of Palestine, Kanazi angrily expressed his disgust as he spoke about “neutral” (read: complicit) university chancellors in the U.S. and in Canada. “This is not [a] two sided [conflict],” he proclaimed.

Kanazi also reminded the crowd of our own complicity in the violence, as our tuition fees are used towards militarization. His poems rejected normalization through complicity. Kanazi’s eyes pierced the crowd as he hit them with phrases like “nothing normal about putting a civilian population on a diet.” Passionate verses like “images of old men/cupping seas of tears/on mounds of crushed homes/and limbs of children” transferred his heartbreak to the audience.

When asked what he would like to accomplish with his words, Kanazi told The Daily, “In the most ideal sense, you hope to inspire people, educate them, and hopefully get them to act.” He explained that poetry is his medium of choice because it is accessible. “I was a freelance writer before I became a poet and I figured […] the average 19-year-old didn’t necessarily want to read an op-ed, or watch cable news, but they’d listen to a spoken word piece.”

This audience was certainly listening. During what he introduced as a series of untitled short poems, Kanazi spoke loudly, pausing after each line so that audience members could absorb the sting of his phrases. Often he would take a single breath in between words, emphasizing different beats to make his performance all the more captivating. The audience was on the edge of their seats, waiting for him to continue. As he spoke about “the sirens” and “batons” that “always seem to have [Palestinian school kids’] names on them,” Kanazi’s words became his own sirens: his voice shook the ballroom and then just as suddenly caused a deafening silence. Holding the microphone in one hand, Kanazi gesticulated with the other, emphasizing the down beats of certain words, as the audience snapped, clapped, and shouted in agreement. The performance itself became a full-body experience for the audience – hearing his words, internalizing their powerful connotations, and then reacting collectively.

Kanazi also expressed that it is important for students to fight against all forms of oppression. “l know that sometimes you feel like you’re one against 35 million,” he admitted. But while one person may not be able to change the world, Kanazi maintained that “those small steps make a big wave.”

Indeed, one of his pieces is rightly titled, “This Poem Will Not End Apartheid.” But while Kanazi may not single-handedly be able to right all injustices, he has at least created an open environment for learning and discussing. For those who have only ever looked at the the Israel-Palestine conflict through an abstract political lens, Kanazi’s performance was vastly enlightening in conveying the harsh realities suffered by the people of Palestine. His words painted haunting images that won’t leave us anytime soon.