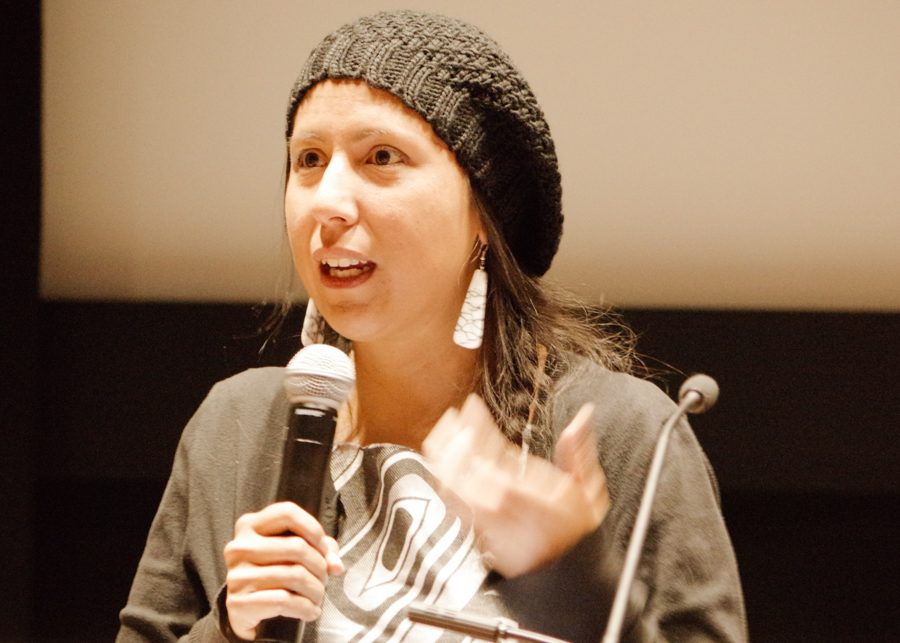 Students from across Canada came together at McGill and Concordia University last weekend to attend the first Fossil Free Canada Convergence. The conference, organized by the Canadian Youth Climate Coalition with the support of the Concordia Student Union and the Students’ Society of McGill University (SSMU), featured workshops, networking events, and a keynote presentation, which attracted around 100 people. Contingents of students representing everywhere from the University of British Columbia in Vancouver to Dalhousie University in Halifax were present at the three-day event.

“It is really encouraging,” said Divest McGill member and SSMU VP External Amina Moustaqim-Barrette of the turnout at the event in an interview with The Daily. “I find it so heartwarming to have these events and have organizers come from all over Canada and the United States. Seeing the solidarity and seeing your allies in the flesh is really nice.”

As one of the keynote speakers, Winnipeg-based Indigenous youth organizer Heather Milton-Lightening spoke extensively on the connection between Indigenous spirituality and environmental values.

“The environment is a direct reflection of who I am,” Milton-Lightening said of her spiritual connection to the land.

“Think about how different this country would look if we had equitable relationships, where Canadians respected Indigenous people and we respected Canadians [… where] we were good to each other and we were good to the land. I think that’s possible, but its going to take some revolutionary actions, and also collective thinking,” she added.

Crystal Lameman, a member of the Beaver Lake Cree Nation in Alberta, was also a keynote speaker. Beaver Lake made headlines last year when it sued both the federal and Alberta governments, arguing that development within its traditional territory had left it with no meaningful way to exercise its treaty rights.

Lameman spoke to the effectiveness of divestment from the fossil fuel industry as a means of fighting climate change. “Will divestment change everything? No, but combined with such things as Indigenous rights practices, we will make a difference,” she said. “None of these things alone will stop climate change, but it is a part of the change.”

“Why would one invest money in a dying [industry]?” Lameman added.

Lameman also spoke about the relationship between young Canadians, Indigenous rights, and the environment. “Let me remind you that you are the next generation that is going to be sitting across the table from my people and you have to be the change to the current business model. Remember that, as Indigenous people, our goal is not to stop anyone from making money, but it is to ensure that what we are all doing to make money isn’t causing harm to ecosystems and perpetuating already existing trauma in our frontline impacted communities.”

In an interview with The Daily, Milton-Lightening discussed the power of young people to change entrenched social structures. “That’s, I think, the challenge in Canada and northern, developed states – we don’t think we have power, and we don’t think we have the ability to assert power. Youth groups over the world have [put forward] amazing assertions of power over the last couple of years […] I think the student movement in Quebec showed us that young people do have power in this country, they can do great things.”