The case for safe space

Why your ‘free speech’ is someone else’s silence 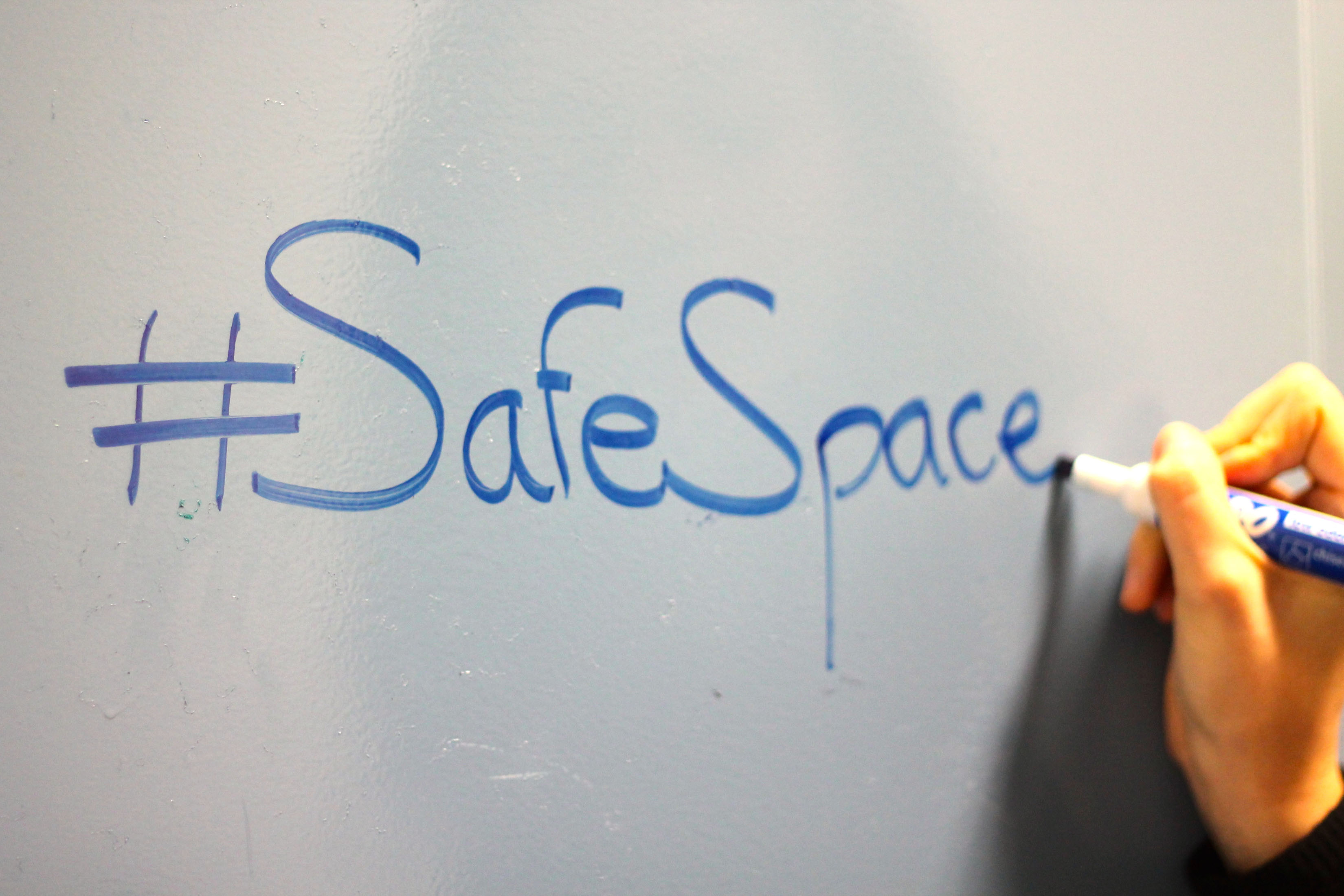 Safe space aims to create an environment in which people feel comfortable and free to express themselves, their identity, and their views, without fear of judgement or physical and emotional harm. McGill’s Social Equity and Diversity Education office (SEDE) defines safe space as not condoning “homophobia, transphobia. or heterosexist actions in work, study, or living space,” as well as believing “that systemic and personal discrimination and harassment on the groups of sexual orientation or gender identity is wrong.” In essence, being an ally in these terms means being aware of these systems and sensitive to how you speak with others.

Creating safe space can never be completely guaranteed in any setting, which is why groups often use the term safer space instead. Experiencing safer space is an individualized experience, and as such, one can never truly know how their language or actions may affect another individual. Just because a group might strive for safer space does not mean that deeply embedded systems of oppression are completely left at the door. Safer space is – more than anything – a goal.

I personally hold a lot of privilege in society. On a daily basis, I reap the benefits of living in a society that is white-supremacist, heteronormative, ableist, and so on. Despite my best efforts, I am regularly complicit in upholding systems that oppress certain identities that may not easily benefit from the way that society is ordered in the same way I do. My access to space can come at the expense of limiting someone else’s access, and by extension, can silence others. However, recognizing privilege is not about guilt. Guilt is not a productive tool in allyship. Rather, recognizing how my access might silence another’s is a basic step toward creating safer space. Turning this recognition into action is even more important.

I honestly think the argument that safer space impedes freedom of speech is a crock of classic right-wing ignorance.

Recently, McGill made the list of the ten worst universities for upholding free expression, according to the 2014 Campus Freedom Index, which is created by the Justice Centre for Constitutional Freedoms (JCCF). The JCCF itself has been criticized for having untransparent political leanings such as having several of its members affiliated with conservative organizations. Its criteria for determining freedom of expression has also been subject to much skepticism from the student body at McGill.

Campus media including the Bull and Bear and Le Délit have used this to problematize safer space as playing a part of McGill’s place on the list. I’d like to clear up the confusion: safer space is not impeding on anyone’s freedom of expression. I honestly think the argument that safer space impedes freedom of speech is a crock of classic right-wing ignorance, and I am reluctant to dignify this argument with space, but here it goes.

Frankly, a lot of the claims about freedom of speech being limited come from highly privileged people who have incredibly uncensored access to space in a society that explicitly upholds their powerful positions.

Violent prejudices are extremely normalized in our society, and this is compounded by people with identities deemed more valuable by society – read white, cis, male – who are too often pitted as the be-all-end-all authorities on issues they hold no stake in. An all-too-easy example: take abortion rights or access to birth control. If you ever want to hear about a woman’s experience on the matter, just turn to the nearest white male policymaker – he’s probably writing the bill on it, not to mention being the go-to authority in all media relations. Denying this enormous access to space and authority is a mere extension of utterly blinding privilege. Not everyone is lucky enough to be able to ignore this.

Safer space broadens the capacity for voices that are systematically silenced to be able to participate.

The only limitation put on freedom of speech as far as safer space goes is limiting hateful, homophobic, racist, ableist language, in order to make space safer for people who experience homophobia, racism, ableism and other ‘isms’ on the regular, at your expense. Is that really so outrageous an idea to get behind? I’m sorry our incredibly oppressive society is not enough space for you to share your hateful words – that the idea of creating an actively less oppressive society is so threatening to your dominance.

Safer space is difficult to achieve on a large scale, but striving to create safer space is a critical step in establishing a welcoming campus to a diverse student body. Safer space broadens the capacity for voices that are systematically silenced to be able to participate, and in this sense, opens the potential for an incredibly valuable dialogue that is seriously lacking on campus. Let’s get behind safer space – no one is losing anything from doing so.

Hannah Besseau is the Features Editor at The Daily, but the opinions here are her own. To contact her, please email hannahbesseau@gmail.com.