PGSS event looks at relationship between capitalism and sustainability

Speaker argues that sustainability is multidimensional 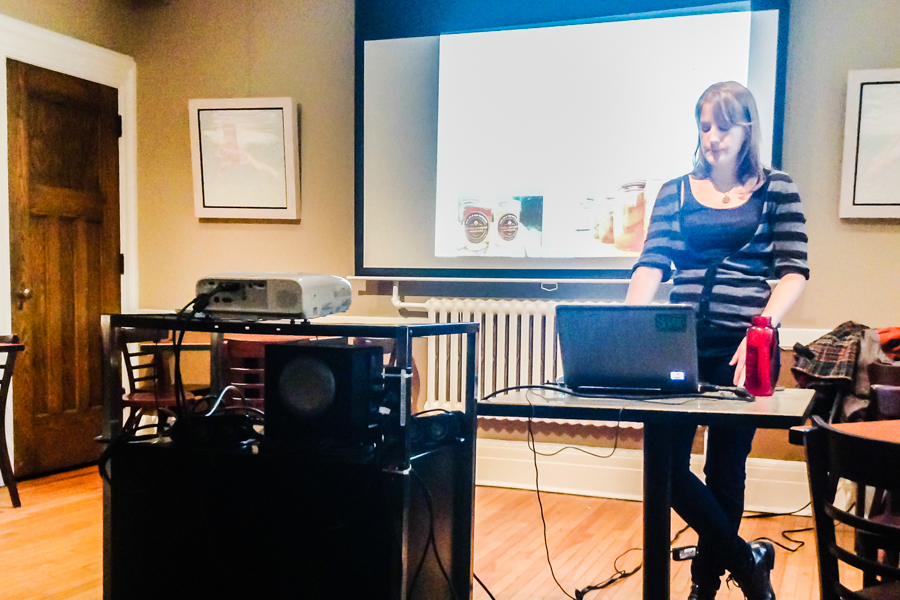 On October 21, the Post-Graduate Students’ Society (PGSS) environment committee held a talk titled “Green Capitalism: Can businesses really be sustainable?” as part of a monthly event series put on in collaboration with Green Drinks Montreal, an organization that hosts environmental discussions.

This month’s discussion was led by Shona Watt, a sustainability educator and consultant at TinyHomestead.ca, and former PGSS Sustainability Coordinator. Watt runs workshops on ecologically and socially responsible living and does consultation on sustainable business.

The talk focused on the question of whether capitalist companies – which value pursuit of profits over the environment – can ever be sustainable.

“I am really interested in sustainability, but I’ve never really thought about how businesses could be sustainable – it’s really interesting to see that side of things,” said Emily Helgerson, a grad student in Education at McGill.

An important aspect of the presentation was the notion that sustainability does not merely include being ecologically conscious; Watt defined the three pillars of business sustainability as economic, ecological, and social equality.

“Businesses have an amazing opportunity to be leaders in sustainability, but they often only focus on reducing environmental impacts, like waste or greenhouse gas emissions. […] It’s equally important to integrate social sustainability (e.g. increasing accessibility and equitable opportunities) and economic sustainability (e.g. paying a living wage, closing the wealth gap). Capitalism typically relies on the extraction of natural resources and production of cheap goods for profit, often the expense of marginalized groups like communities of colour or the global south,” said Watt in an email to The Daily.

When asked for examples of social and economic sustainability in businesses, an audience member pointed to Henry Ford, the founder of Ford Motor Company. “Ford had a system of providing wages where he paid the workers so that they could comfortably afford to buy one of his products – a living wage,” he said. After discussing steps that can be taken by businesses to be more sustainable, Watt brought forth a question about the concept of “greenwashing” to the audience. Greenwashing is a marketing strategy that disingenuously presents a product as being environmentally friendly. One example was the Hummer ad that reads, “Thirsty for adventure, not gas,” even though the vehicle burns fossil fuels.

“Is greenwashing at odds with sustainability? Or is it a step in the right direction?” asked Watt.

This question prompted a range of responses from the audience. One attendee argued that greenwashing was not meaningful action because “greenwashing doesn’t result in sustainability; it’s just a pretense.”

Another participant argued that, while greenwashing is simply a marketing technique, “It still creates awareness and puts pressure on competitors to be more sustainable.”

By the end of the talk, Watt had provided many discussion points for the audience to contemplate.

Watt later spoke to The Daily about the event’s success in questioning the meaning sustainability. “There was a great turnout at this event, and I think people walked away with a more holistic view of what it means for an organization to be more sustainable. Sustainability incorporates social justice, ecologically responsibility, and economic equality.”