Major roadwork expected to finish near the end of November 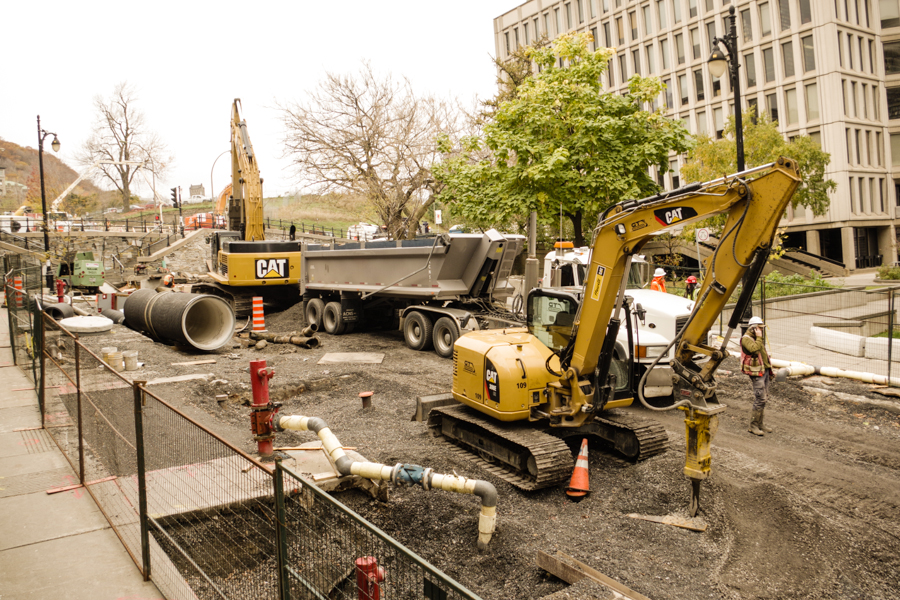 Adrian Nicolicescu, McGill Senior Project Manager of Facilities Operations and Development, commented on the delay. “The University has been advised by the City of Montreal of a change in the construction schedule,” he said in an email to The Daily. “From what we have been told, the completion of the infrastructure work of the street will be around [the] end of November.”

City of Montreal spokesperson Jacques-Alain Lavallée was more optimistic. “The majority of the work based in McTavish Street should be completed toward the middle of November,” he told The Daily in an email. “At this time, the fences around the worksite will be removed and the road freed up.”

“Only certain interventions around the McTavish Street stairs will remain to repair the water pipe. This work is expected to take about two weeks,” he continued.

When asked about the University’s role in the closure of the McTavish stairs, Nicolicescu denied any involvement on the part of McGill.

“The University does not have any jurisdiction with respect to the execution and site management of the project,” he said. “The closure of the McTavish stairs, it is a decision taken by the city due to safety precautions of the work in the sector. This decision is under their jurisdiction.”

Aaron, a tourist, shared his first impression of the university with The Daily: “It’s not the best, but for some things you need progress. […] At the same time, it says the university is willing to invest in its infrastructure.”

“I think it’s very annoying,” Valerie, an East Asian Studies student told The Daily. “Our class is right there and we couldn’t hear anything that the prof was saying because of all the machines and stuff.”

“They’re going to have to be quicker to finish it,” Jeremy, an East Asian Studies student said in regards tofinishing construction before the first snowfall.

Lavallée also spoke to the snow issue. “In the eventuality where we do see a snowfall before the completion of the project, the University and the city will collaborate to ensure the sidewalks and pedestrian corridors [around the project] are cleaned and securitized., he told The Daily.

“According to the actual schedule of the project, the road and sidewalks should be clear before the first snowfall.”

Neither Lavallée nor Nicolicescu believed that falling temperatures in November posed any potential for further delays to the project.